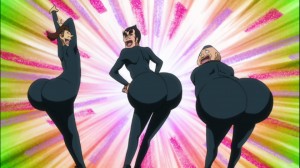 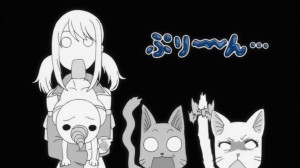 It seems that even awesome series can have a bad episode every now and then, and this latest filler episode has got to be one the weakest episodes we’ve gotten out of Fairy Tail in a huge while…

I’m personally all for funny 1 episode fillers episodes, that play with interesting concepts, but there  really was nothing much in this episode to make it even mildly interesting. It seemed like the Anime production team decided that simply adding the Jiggly Butt gang from Groove Adventure Rave was enough to make this episode an episode.While the Jiggly Butt Gang was a bit funny in Groove Adventure Rave, any form of humor in this episode was really lost on me. If anything, the episode seemed to be filled with rather juvenile (even for a shounen series) fart jokes. 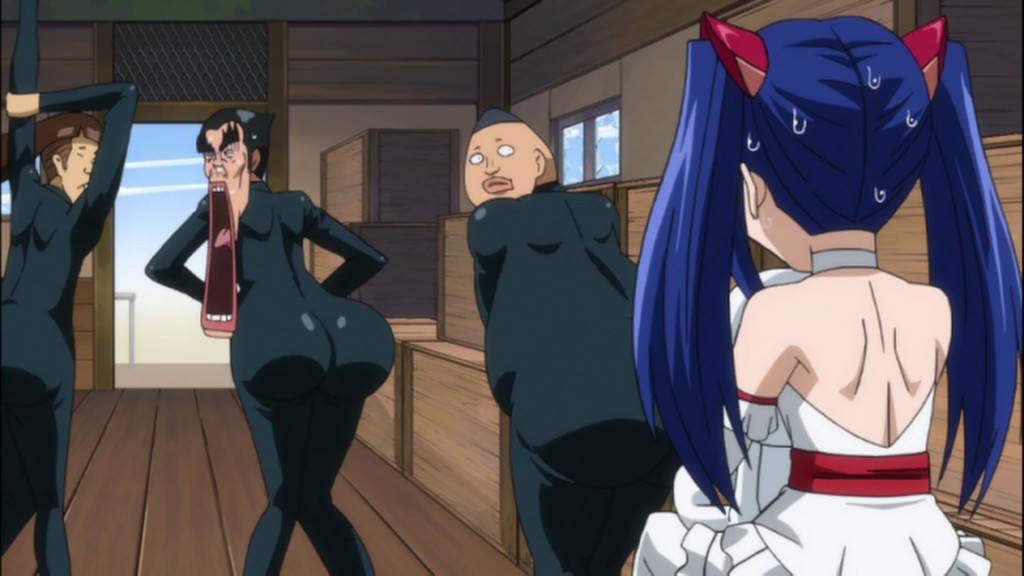 This is SO not working out guys!

I can appreciate the idea of trying to put something as random and weird as the Jiggly Butt gang, and have them interact with Wendy, but there really wasn’t any chemistry in the pairing, even from a purely comedic standpoint. The whole episode felt underwhelming and somewhat boring.

The one thing that was of note was that Natsu may be developing a resistance/tolerance for Toria, the spell that keeps his motion sickness away. Poor guy is doomed to torture by transport XD

In the end though, this was just a bad episode. It was so bad, in fact, that there’s nothing to really hate about it but at the same time it just feels empty and forgettable.  For the first time in a huge while, its really difficult for me to really say much on an episode of Fairy Tail, and most of my posts are short essays in terms of length. That’s just how unremarkable and boring this episode. Given how well the first filler episode we got was, its kind of disappointing. Hopefully not every filler episode is as bad as this one. 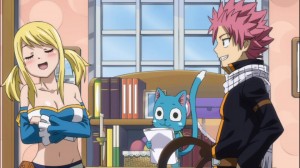 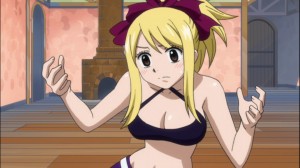 Next week seems to tackle a more interesting topic. Namely, Lucy being invisible and running into all sorts of hilarity. See you all next week!