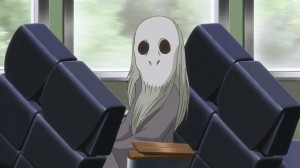 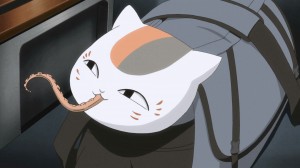 This episode definitely was a shift in emotions from last week. Natsume had to deal with something much more creepy and frightening this time around. We’ve always seen examples of why Natsume had struggles as a child, but this youkai was completely different from the others we’ve seen. Everything about Natsume’s struggles as a child was brought out here from youkai that he couldn’t pretend didn’t exist to people not understanding him. He lived a life as a child who had a real monster under his bed yet no one else could see it. No matter how kind the people he was staying with were, it didn’t matter when living with a youkai like that.

I found it more funny that Natsume was surprised to find Nyanko along for the ride. Nyanko’s never missed a chance to eat some of Natsume’s food and really if Natsume is going to be gone on a trip his bodyguard should naturally be accompanying him. I suppose Nyanko sometimes gets pretty lazy about the whole bodyguard thing and that’s why Natsume would be surprised XD. 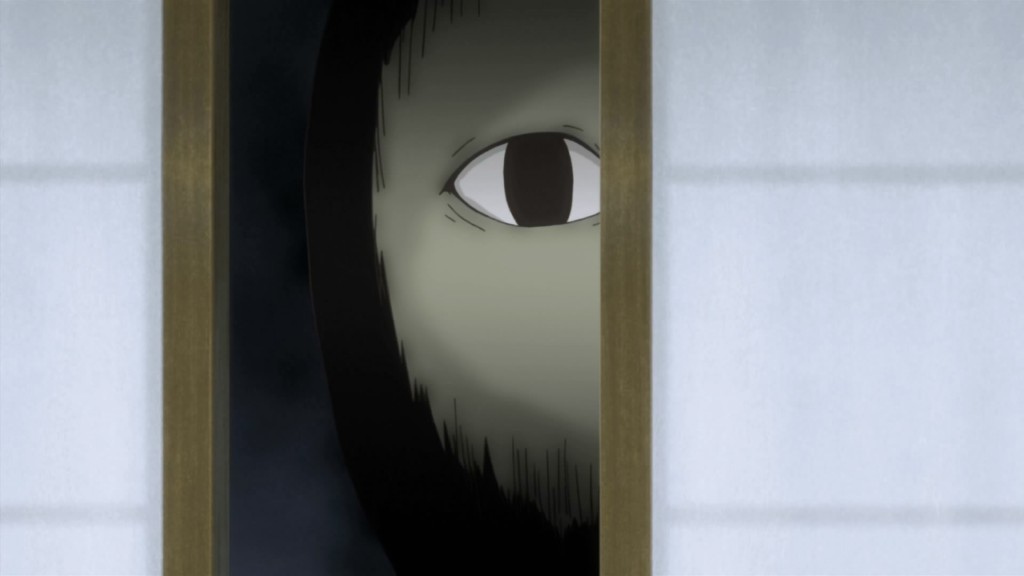 Damn, this guy was creepy

This episode showed how tough things must have been for a young Natsume. The series has done well via flashbacks, but nothing like a real threat to show how bad things could have been. Some of the youkai that Natsume had issues with were teasing or simply didn’t know how to interact with him. But this one was definitely dangerous and really there wasn’t much that Natsume could do back then. Even now trying to get by without acting strangely was pretty much impossible since he can’t ignore getting grabbed or spooked. Its not like the family he was staying with were bad people, but how could they understand a poor child who could see youkai? In the end no matter how kind they were they wouldn’t be able to understand or take care of him. Really in that case it was way better to be shipped out since he’d never have had peace there.

The real difference between now and then is that Natsume isn’t alone. The most obvious example of course is his bodyguard. It would have been really dumb to come to that place by himself. I feel bad for how it must seem strange for the parents that Natsume left so quickly, but he didn’t have a choice. He couldn’t possibly have a peaceful chat with that youkai around and he’d just make them more worried with bizarre behavior. Still I have to say that youkai is probably the creepiest we’ve seen in the series or maybe just behind the one that attacked Taki back in an earlier season. A youkai calling out for a mouth and has the ability to attack a person mentally. It was probably just a creepy creature when Natsume as a kid and it became much worse in the present. Natsume couldn’t confront a monster like that by himself. Just a dark and creepy creature that was asking Natsume to draw it a mouth so it could eat the people in that house. That kind of youkai might be nothing to Madara, but for a normal human like Natsume its terribly dangerous. 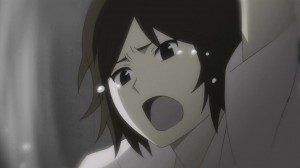 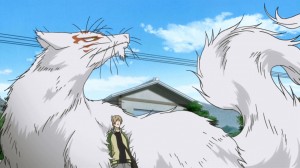 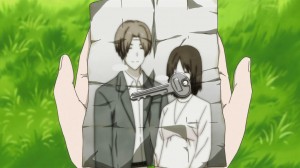 Then of course we have the interesting relationship with the Miyoko girl. I can somewhat understand her feelings. A kid gets thrown into their lives who seems to be making things up and just makes life uncomfortable for the family because people love to gossip. Of course part of it is just jealousy that this new kid got her parent’s attention and she didn’t. On top of that Natsume didn’t appear to be appreciating that he was the one getting the attention and that just bothered her even more. You’d think she might consider the fact that his parents are dead and she’s lucky to just have them at all. Of course people aren’t completely rational. She had those feelings as a young kid fresh in her mind and didn’t need much convincing to dislike Natsume even now. Still Natsume understood those feelings and couldn’t leave those people to be killed by that youkai. They were good people, but it was simply not the right place for him.

Something easily forgotten in this episode was that Natsume was here to visit his old home. It has to be a strange trip since he can’t even remember where the house is, but he still needs to go. It ties into his childhood, but must be a tough thing to have only tiny memories of his father and the house they lived in together. 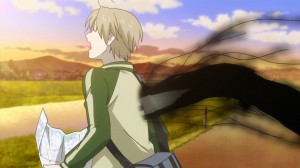 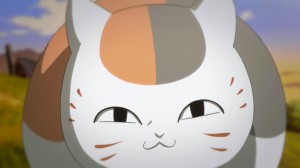 The end of that episode did get me by surprise. I did expect the series to end with a two parter, but even still when that youkai shot itself into Natsume I was surprised. At least now it makes sense that we’re not done here quite yet. It seems like we will end with another look into Natsume’s past and perhaps just reflect on how far he’s come in this series.
Score: A