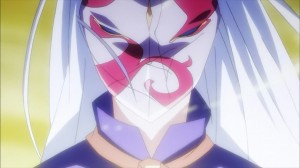 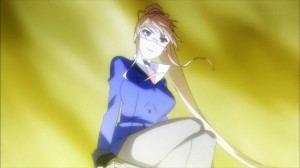 Well the battle has continued be enjoyable to watch, but I’m pretty curious to find out just what exactly Pheles has in store for us. Whatever Rofocale saw it was enough to have him completely shocked. Considering he was pretty relaxed up to that point it’s got to be something crucial. Pheles did promise to change the situation and keep whatever promise she made with Johan. It really does make you wonder what that promise was since it seems like something that neither Yuji or Shana expected will happen.

The battle definitely is going against Yuji now. Johan’s appearance really has shaken things up. Yuji lost his ability to sense things which should limit his combat strength. Now he really has to focus on sensing things and that’s given Shana an edge. Another interesting fact is Yuji is surfacing a lot more compared to the Serpent of the Ritual. Maybe what Johan said about his motivations has made him more determined to take charge of this situation or it could be another effect of Johan leaving. I didn’t expect the anti-flame ring to have its limit. Though I suppose it only makes sense that the ring isn’t all-powerful. Just considering all that it has endured I figured it’d be fine against any attack. 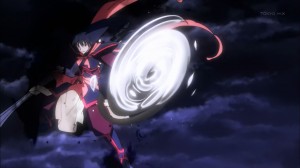 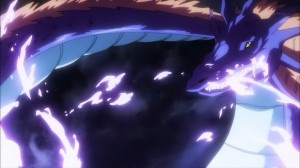 Either way it’s gotten more interesting with Margery joining the fight. Now with Margery, Carmel, and Shana lined up the battle will get more complicated. It definitely feels like things are moving more in the Flame Haze’s favor with Yuji actually weakening. Of course an interesting thing was Yuji’s unrestricted spell coming into play for defence when it wasn’t expected by anyone. Shana still got her shot in, but I wonder what her plan actually is here. There has to be a good reason they didn’t actually tell us yet.

No surprise that Carmel felt a bit lost there at the start of the episode. It’s been building since Shana was able to escape without her help. She’s put so much into the promise she made to the previous incarnation. Having Pheles close herself off just pushed things over the edge. I didn’t think about it, but she was pretty close to self-destructing like Margery did. It was good that Margery was able to use that to help keep Carmel together. Shana wasn’t exactly full of words, but it was a simple enough message. She needs Carmel’s help and being needed is what Carmel…well needs. 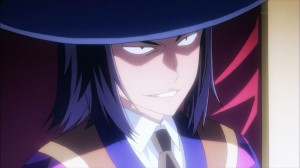 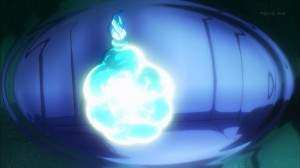 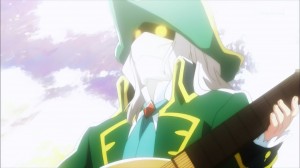 Then of course we have the interesting conversation with Rofocale. It appears there is more than one God out there to think about. Though what the Flame Haze have in mind with broadcasting Shana’s plan is beyond me. But that’s probably because they still haven’t told us the whole plan. Either way the most interesting thing was his response to what was in the van. I have no idea what Pheles and Johan are planning, but it better be good to leave us in suspense like this XD.

The three gods continue to create chaos on the battlefield. Those guys are just utterly overwhelming and since they are playing it defensively they don’t have to push themselves too much. Probably my favorite is the rain of death we’re getting. Chanting an unrestricted spell and just unleashing pure death on anything in range of the bombardment. 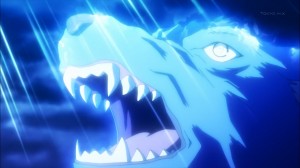 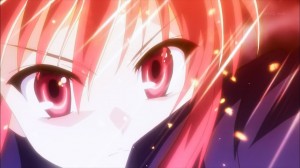 If there is any positive its that the preview hints that things will start to become clear soon. With a title like “a truth”, I’m expecting a few answers to come our way. Regardless I’m enjoying the series as it moves towards the end. Should be fun to see just how this is all going to wrap up.
Score: A