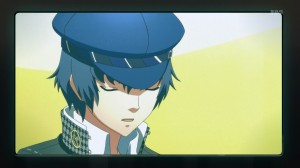 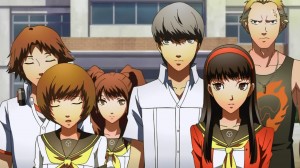 Now Persona 4 has officially returned to the action after using the last few episodes for arcanas and setting up what was coming. A shock for many I’m sure, but the case isn’t over yet. It seems clear that while Mitsuo was guilty of killing King Moron that’s all he was responsible for. Not too strange when you think about it since the whole situation surrounding him was a bit strange. He hardly seemed rational enough to calmly select victims, kidnap them, and then have them killed. That violent killing of King Moron seems to fit him much better. A crime that didn’t have much planning behind it and simply tried to copy the original murders. That creepy kid probably wanted to gather the fame and attention all onto himself. Killing one person wouldn’t make him that noteworthy, but being a serial killer is much more special for the public. Naoto had a better chance to realize something was wrong due to having access to things like a coroner’s report. The others had to assume the police were on the ball. One interesting thing though is that they don’t have a cause of death for the original victims. Something about being killed by their own shadow must leave no normal trace on a body. Just another mystery when it comes to this case.

It’s hard to talk about this episode without the revelation regarding Naoto’s gender. Of course no idea how most people judged it from the anime since I knew from the game. But it was a pretty well handled surprise I thought since there wasn’t much to give it away. I’m sure this was a reassuring episode for Kanji since now he can rationalize all attraction to Naoto as being him instinctively knowing she was a girl….But really it was an interesting development and certainly helps frame our understanding of Naoto. Someone who wanted to fit in with the police as a detective, but has the double barriers of being young and being a woman. I’m not going to step into the realm of equality especially in this anime, but think one can at least say it’s been an issue. Otherwise it wouldn’t make much sense for Naoto to be dressing like and behaving like a guy. While Naoto never outright said she was a guy, it was the appearance she must have wanted to give. Anyways it was interesting to see how her discussion with the shadow moved from one of control to one of being pressured. While the shadow behaved childish Naoto felt relaxed, but then like the others the things she didn’t want to face were thrown in her face all at once. Sad that she had to start using words from those who put her down to then try and put her shadow down. Kind of a small example of how people who experience something painful can then inflict it onto others. 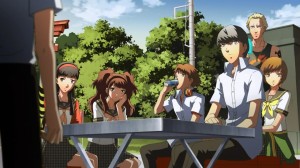 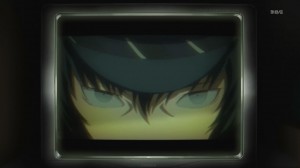 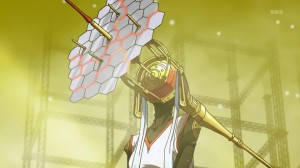 Kind of funny though how Kanji has just gone with the approach of “oh let’s stop bothering trying to stop it.” Of course he was thinking about how Naoto needs to go through this in order to get past it. But really from a perspective of a viewer can agree with just giving up on trying to stop the characters since you know they are going to have to fight Naoto’s shadow. Might as well just get to it.

Naoto’s shadow had some ugly tricks though. I suppose they couldn’t really make it a normal battle since they have so many characters now. Having those beams that can age and probably cause other effects makes it hectic. Characters have to focus on their personas, but at the same time they need to avoid getting hit by those range attacks. It just makes the whole thing more interesting really. They’ve got to hurry though since that shadow has a pretty dangerous plan for Naoto. Somehow I don’t think a sex change performed by a crazed shadow would be safe. 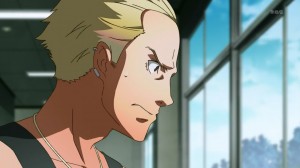 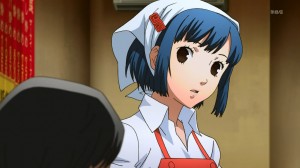 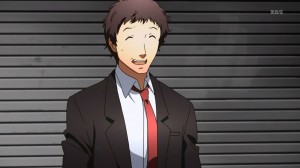 The case really does have some mysteries tied up to it. The characters brought up a good question of what is the Mystery Channel? Of course tied into that is what is up with that world inside the TV? Rise commented that the world is expanding and that probably ties into what happened with Naoto. Are people going into that world making it expand or is it something else? They haven’t really had time to think deeply about it, but there is a lot of things that make you wonder. Of course right now saving Naoto is their top priority and everything else can come second.

It was nice that they managed to fit in that scene with Kanji’s mother. Didn’t have time to dive deeply into why he was so upset with her, but hopefully that will come later on in the series. While he said a lot of angry things it was clear that he had been worried about her. I’m sure his mother understood that as well which was why she could remain so relaxed. A pretty kind person though to get a kid to a hospital and stay there to make sure he was ok. Most would probably call for the help, but not likely come along. But maybe things are just different in a place like Inaba. 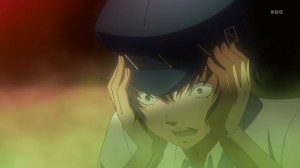 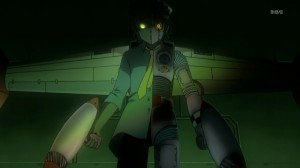 Suppose they owe Adachi’s loose mouth this time since that’s the reason they were able to find Naoto. The next episode should be entertaining since they get to really get into this fight with Shadow Naoto. Plus assuming they survive they can get an actual detective’s perspective on this case and maybe figure out more about what on earth is going on.
Score: A