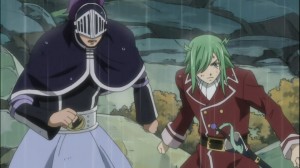 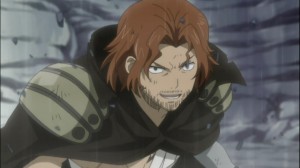 For the past few episodes, the members of Fairy Tail have been getting pummeled, beaten and taken down. In fact, in a  way this entire arc has been pretty dire for the Mage Guild. Finally, with this latest episode, however, Fairy Tail returns to full form and starts dishing out some much deserved payback to Grimoire Heart.

If there’s one simple way to describe this episode, its “The heroes get back on their feet and act super cool”. We got the conclusion to two major fights this episode, following Erza’s. With their magic power back, Freed and Bickslow are able to make quick work of Rusty Rose, despite the fact that he uses his ultimate attack on them. 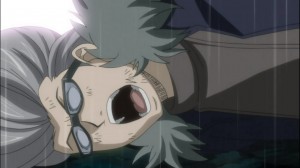 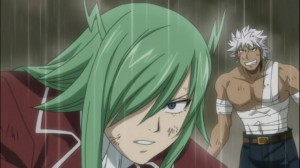 The resolution to the battle with Rusty Rose was a nice one. It was great to see  everyone kind of band together and work to take him down. Bickslow was able to use Elfman to stop Rusty Rose’s main attack, and then Freed and Lisanna coombo-ed up for the final blow. It was definitely a pretty nice and sweet finish to what was quite the intense battle.

And of course, Gildarts got back on his feet. It was no question that Gildarts was the superior when it came to himself  facing Bluenote, but man! Did he just prove it so darn quickly. Of course, despite seeing Gildarts fight twice, once with Natsu and now for a second time with Bluenote, we never really came to understand what his magic exactly is. From what I could tell, he has some kind of magic that can seperate or divide things, or break nthem with a sort of cutting magic? That and the guy is ridiculous strong physical strength wise. 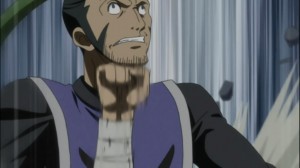 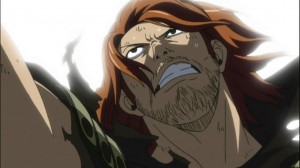 I mean, oh man! Did Gildarts not only destroy a friggin black hole, but he sent Bluenote flying into the sky, putting an end to that problem once and for all.

With both Rusty Rose and Bluenote done for as well, most of our Guild members regrouped at the camp. Meanwhile though, we finally got the conclusion to Gray’s meeting with Ultear.

Now I have to admit, Gray is a friggin awesome character, (and one that I’ve liked so much that the English Dub just horrified me when I heard his voice) but its been a continuing trend to see Gray sidelined for some other character to take the main role. In other ways, Gray has never really felt like the focus as much as Erza or Natsu have. Its safe to say, that as far as main characters go, Natsu, Lucy, Erza and Gray are at the series forefront.

Past few arcs, Gray hasn’t had much to do, he hasn’t had any personal stakes, or anything very precious to him on the line beyond his friends. This meeting with Ultear though? Finally gives Gray the spotlight and the battle that does his character justice.

I have to admit, I was pretty convinced that Gray had been duped, and that Ultear had probably gotten off scott free and would be faught at a later date. But hey! This is Fairy Tail (not bleach) and it refuses to pull its punches or keep its cards close to the chest. In fact, Fairy Tail, more often than not, gives you exactly what you want, right when you want it the most. 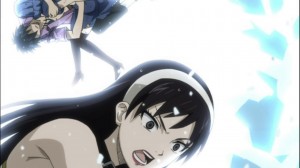 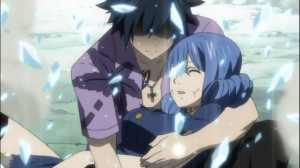 And darn, did Gray fans totally get it this episode. Not  only did Gray see through all of Ultear’s babble, but he also stopped her from hurting Juvia and looked darn badass doing it. What was great though, was to see a throwback to the Deliora arc, where Gray had almost casted Iced Shell. It was great to see that the development we got there for Gray, as well as how Natsu stopped him, was what shaped him into the person he is now. The sort of person who sees right through someone like Ultear. 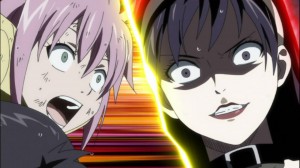 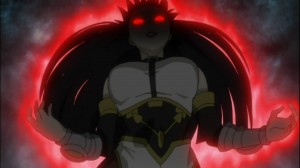 And of course, Meldy got to see the real Ultear, probably for the first time in her life. I don’t think she was happy with what she saw, but  at the same time, I can’t see her abandoning her “mother” anytime soon. What was great was seeing Juvia’s smile as Gray proclaimed that he would continue living with his comrades, despite what Ul or Ultear may want. It is his life after all, and that’s definitely what Ul would have wanted. 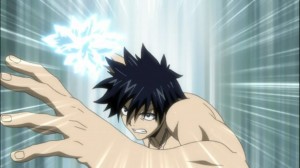 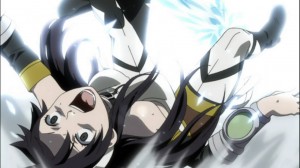 From here on out comes the really exciting part, a full fledged battle between Gray and the leader of the 7 kin of Purgatory. I have my doubts as to whether Gray is strong enough, but he sure as hell seems to be starting at a good place, with a friggin ice punch to Ultear’s face. Next episode is going to be darn exciting! 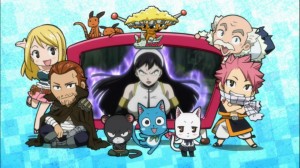 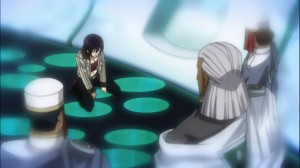 We continue the Gray versus Ultear fight and also have a flashback towards the whole deal with Ul and Ultear. Next episode should be nice! (Also, no real stuff could constitute Bonus stuff this week, so sorry!)