Un-Go is probably one of the many sleeper hit series to come out of the extremely jam packed Fall 2011 season. With an amazing story, unique characters and stellar production values, however, its definitely one to take note of! Un-Go is actually based on the noted Japanese intellectual and novelist Ango Sakaguchi’s novel Meiji Kaika Ango Torimono-chō. In a time where story is often thrown off into the back burner in favor of more flashy animation or fan service, Un-Go focuses on masterful storytelling, truly complex plots and a strange mix of Japanese culture, fantasy and sci-fi to create one of the most unique detective anime to come out from the anime industry. 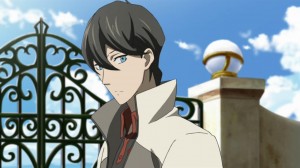 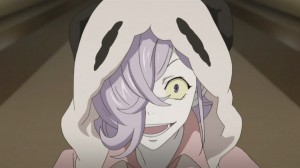 UN-GO features Shinjirou Yuuki , a man nicknamed the failed Detective, and his partner Inga. While Shinjirou is a normal human, Inga is actually some supernatural vampire that can change genders, and force anyone to answer a single question. Shinjirou often finds himself solving crimes that relate to a certain chairman of a software company, Rinrouku Kaishou. Kaishou serves as the antoganist to the series, and one, who while always losing to Shinjirou’s detective skills, is able to cover himself with his immense wealth and resources. He’s as unique a villain, as Shinjirou is a hero.

Adding to the already impressive hero-villain dynamic is a very interesting and diverse cast of supporting characters that really add to the show. While the plot of the series is definitely’s its biggest strength, the characters definitely serve to elevate the show to near greatness.

You have Izumi Koyama,a female prosecutor from the justice department who seems to aid Kaishou Rinroku at every turn, heroine Rise Rinroku who is actually Kaishou’s daughter and a character whose loyalty is split between the Shinjirou  and her father. There’s also the serious yet competent Seigen Hayami Director of the Security Bureau and a part of the Metropolitan Police Department and Kazamori, the character with the technological prowess, and many more. Its hard to not to recommend the anime for its characters, if not for its slightly superior story. 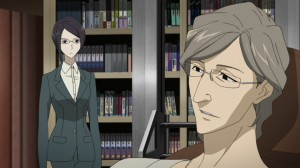 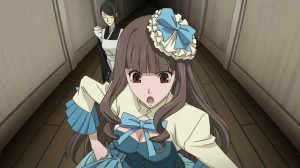 The  productions values for the show are also excellent. The first, and most striking thing about the show is its different kind of art style. It’s a unique blend of the semi-realistic style of the recent Lupin the Third animation projects and the extremely elongated Clamp style. That too is a very loose description of a refreshingly different but still familiar art style.

What really shines through, are the character designs and backgrounds. The world comes to life, with some truly amazing and unique locales that the anime takes place in, that seem reminiscent of modern Tokyo, but at the same time, feel like they are set a bit farther in the future. The character designs, are simply put, amazing. Shinjjirou himself definitely supports the cool, modern take on what a detective would be in this day and age, Kaishou definitely seems like a “nice on the outside, but evil on the inside” software company CEO. Every character’s design really brings a lot to the table, and really adds  personality to some already endearing characters.

Finally, there’s the sound work, which is also hard to find faults with. The series features a really edgy trance soundtrack, which fits perfectly into the semi-futuristic fantasy world. The voice acting is definitely one of the high points of the anime industry, with exemplary work from all the sieyuus. All in all, production wise, its hard to find much fault with Un-Go, so props to Studio Bones for another job well done! 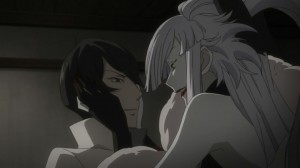 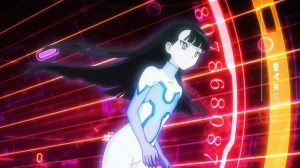 What then? is the fault with Un-Go…. It actually lies in the episode length, and the fact that its another one of those series that doesn’t resolve the entire story. As a production, and adaption, UNGO is amazing, given its length, which is only 11 episodes.  At the same time, one of the series biggest themes, the clash between Shinjirou and Kaishou, is never really fully explored in the series. There are teases and hints in the series, with the last arc even being a major cop out, but it never really comes to fruitation. There is progress, indeed, but the major crux of the series is never resolved. If anything, it feels that there needs to be a second season, of another 12 or 13 episodes which adds another set of cases and brings out the big battle between Shinjirou and Kaishou to a close.

What is sad, is that the series really doesn’t feel unsatisfying. It doesn’t, the last arc in particular, progresses the story farther enough and provides enough of an ending that you don’t feel the burn that is generally felt by series that end without completing the story. At the same time, there is some room left for the story to continue, either in a potential sequel or in the manga itself. Either way, the story feels unresolved, and though it’s not horribly done, the ending  leaves the main issue hanging. 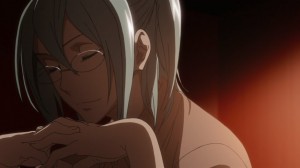 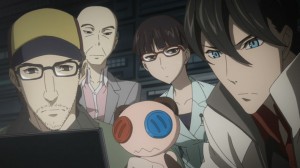 At the end, the story, which is the major reason for this series entertainment value, doesn’t feel complete, and prevents this series from truly achieving greatness. Un-Go is a series with many strengths, with excellent production values, writing and pacing, but its also a series that’s doomed to be forgotten unless a second season comes in and truly wraps up the story. We award UNGO with a B+ grade!