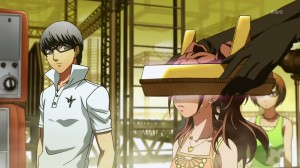 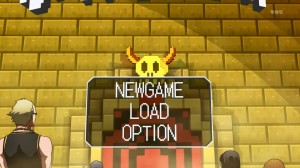 Well the episode did a good job of confusing me early on. The first impression was that our big battle against Mitsuo was going to be skipped entirely, but instead it was all a big trick played by his shadow. It did tie in nicely with the warning that Yu received about how there is more than one way for his journey to end in failure. While this was an attack by a shadow what it showed what he was afraid of. His worries about their bonds disappearing because they don’t have a reason to investigate. Of course that fear helped to be dealt with by how the characters reacted at the end of the episode. It isn’t about the investigation, but that they built up friendships that won’t fade that easily. Still this was an important insight into Yu since he’s been a comical character a lot of the time.

What this episode also showed is how crazy powerful their group has become. I mean they have a larger group now and also Yu’s incredible amount of personas. Since the anime doesn’t have the same restrictions in group size or amount of personas that Yu can hold at one time it makes them a powerful force. It showed how even a boss like Mitsuo’s shadow wasn’t too hard to beat once it became a straight up fight. Still they had to be stubborn about it since that shadow could remake its defenses constantly which made getting good hits in kind of troublesome. 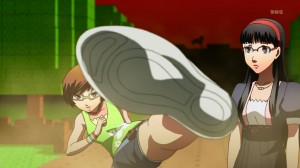 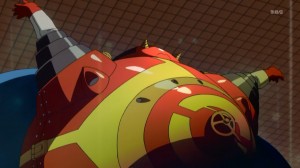 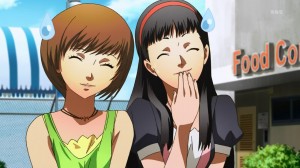 It is actually pretty amazing when you think about how many personas Yu has at his disposal now. 12 episodes in and he’s made quite a few bonds which he can now use in order to fight. This episode really had just a huge group to look at here. With their variety of skills and strengths it definitely makes him a powerful character. But of course that is balanced by showing that without his friends he would be unable to do much at all. It leaves you with an interesting lead who while powerful wouldn’t be that powerful without support. Leaves me wondering who else we might get to see after they revealed King Frost, Makami, High Pixie, and Leanan Sidhe. After saving up for the last couple fights he just unleashed everything this time around.

There was some interesting information given out during that ‘delusion’ though. They made the point that Yu isn’t going to be around for very long. He’s just there for a year and then it’s back home again. Perhaps knowing they would separate tied into his worries and anxiety about them drifting apart. It also presents a challenge for any possible relationship for Yu since it will turn into a long distance one eventually. 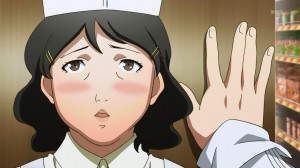 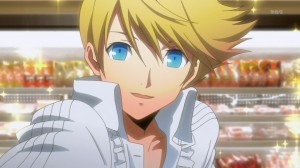 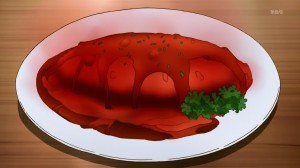 It’s too bad that the omelet battle was rushed at the end. They did get the key points of course, which is alright. The end result for the cooking battle was Yukiko’s having absolutely no taste at all, Chie’s tasting terrible, and Rise’s being a killer. Was funny that the delusion had Yukiko talk about taking Rise down with one shot and instead it went the opposite. I feel sorry for poor Nanako though. She had to taste every single one of those bad omelat’s and say they weren’t bad so no one would have hurt feelings. Of course probably for the best to admit they are bad so those girls will improve. So in the end the only person who can could worth a damn is Yu.

An important moment though is with Kuma and Nanako. That girl has just built her own bonds with the group and now that extended to Kuma. Since with Mitsuo caught Kuma had no reason to stay in that world. Thankfully Nanako managed to give him another promise that should keep him around and having fun.

In terms of the case we have Mitsuo confessing for the murders. The reasoning that he did it for attention certainly does seem to fit him. I can understand how everyone is frustrated though since lives were taken for such a stupid reason. Of course there is rarely a reason that will comfort anyone. He does have ties to everyone that’s been kidnapped and seems like things have been resolved. Seems like a good time for Yu to have some fun at school while the police take care of things from here. 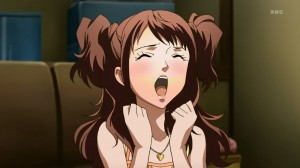 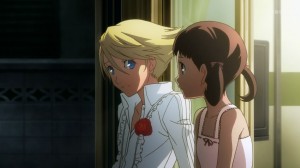 It was a bit of an unstable episode. Took a while to realize this was a shadow trick since they have at times had strange transitions. But they took care of Mitsuo and Yu I think had an important step forward as a character.

I also want to say Merry Christmas to everyone. Hope you have a good holiday.
Score: B+