One of the best and probably the most outstanding feature about Kimi to Boku would definitely have to be the lighthearted atmosphere and the overly cute boys that keep the story interesting.  With the school festival taking place, Kimi to Boku launches itself into the beginning of what could be considered a light high school love drama (more of a side dish if you ask me). 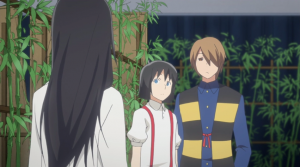 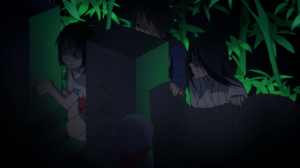 In all, I love Kimi to Boku, but I’m starting to become a bit displeased on how the animation team is handling things as of late. I mean, I have no complains when it comes to animation, because let’s admit it, the animation for Kimi to Boku has been superb so far. What I have a lot of complains about is the fact that they are taking out a lot of manga material. Now, let’s say that it was manga material that wasn’t really relevant or very little to do with the plot, then I wouldn’t really mind. But come on, they took out a lot of parts.

For example, they took out the part of Chizuru, Yuuki and Kaname fooling around during the quiz contest. Plus, there was a lot of humor in that scene which would’ve been hilarious if it had been animated. Also, they completely cut off the whole masked dating part that took place in the manga. In this part, Chizuru was supposed to argue with Asuma’s friend, the one that insulted Chizuru of being short. Oh, and they also left out the scene where the boys are going around the festival trying out what different classes did, specially the class that set up the anti-gravity room. 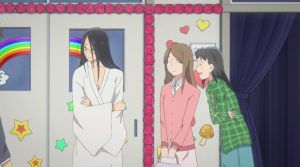 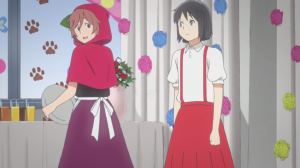 Umm, anyway, moving on from my complains and on to the whole Chizuru x Masaki x Shun love triangle thing. As I’ve previously stated, the thing that makes Kimi to Boku so loveable and enjoyable to me is the fact that it’s five boys just going around doing cute things that make my heart go “kyun! kyun!”. Being a fujoshi, I generally have an overall dislike for het romance, specially when it involves high school crushes. Now, that is not to say that I don’t enjoy Het romances with a high school setting at all. For I do have some Shoujo romance mangas which I have adored ( i.e High School Debut and Usotsuki Lily) but generally, shoujo romance/het romance just isn’t my cup of tea. Specially when I just want my five amazingly cute boys to remain forever single and continue doing cute things.

Also, I’m not really a fan of Chizuru x Masaki nor Shun x Masaki. I don’t exactly hate nor do I dislike Masaki but I just can’t see her dating any of the two boys. She’s way too bipolar, tsundere and IDK…impulsive, rash, oblivious to her surroundings (?). Of course I have nothing against her, but I’d just love it if Kimi to Boku forever stayed romance free. However that doesn’t seem to be the case since the Kimi to Boku manga has been developing a lot in the romance department as of late.

Anyway, moving on! I don’t want to bore you all with my complaints. 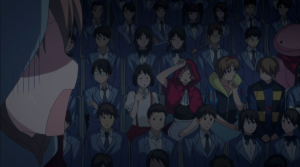 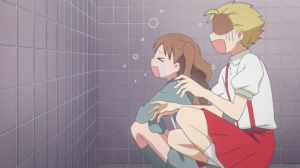 I found the whole fact of the boys dressed up as ghosts and princesses to be specially hilarious. My cutie boys are just too adorable to resist. Plus, I love the whole ongoing funny interactions between Yuuki, Chizuru and Kaname.  It’s a shame that many of them have been left out as of late. /holds back a sob.

Um, as for the whole romance thing with Chizuru and Masaki while they were in the bathroom, I found it cute how Chizuru was trying to cheer her up after she messed up her lines in front of everybody (though she only cared about having messed up in front of Shun). I’m not totally heartless so I’ll at least give Chizuru a thumbs up for trying. Masaki doesn’t really move my emotional chords though, with her obliviousness and short attention span that only revolves around Shun. Eeerr, what else to say? Umm, I love how embarrassed Kaname gets when he is praised by Hisako’s older sister.

Anyway, there are still…what, 2-3 episodes left of this season? I’m going to need to check. The second season will start sometime around April so we also have that to look forward to. 🙂