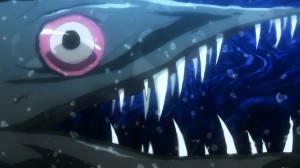 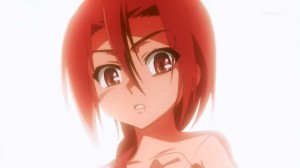 Now Shana’s rescue can really get underway. This was a great episode since all the build up towards this attack finally came together. We had Khamsin and Rebecca creating chaos, Carmel racing around trying to find Shana and finally Tenmoku Ikko cutting his way through the base to reach Shana. That guy really is a monster when you think about it. Just goes around cutting apart Bal Masqué and even injuring/killing Fecor. We already know how tough that guy is which just hits home the power of Tenmoku Ikko. Though can’t discount how effective a surprise attack can be.

This attack was definitely helped by the lack of the trinity. It made it possible to really tear apart the Seirei-den. Of course it also helped out Carmel who really needs to focus on finding Shana. Good for Shana as well since she had her hands full with a hurt Rinne. It just shows how incomparable the difference between Tomogara and humans are. If it wasn’t for Tenmoku Ikko then Shana would have been in trouble just hoping Carmel could find her. 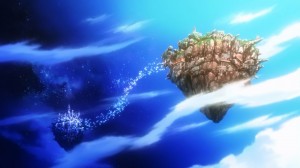 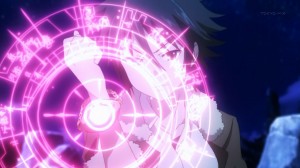 That was a kind of strange moment watching Shana brutally stab with that blade into the Rinne’s head. It wasn’t easy to do any damage and so just showed the brutality required from Shana to win. Glad for her at the end when that chain was broken (though don’t ask me how he cut it without nicking/chopping her hand off) and Shana could power up. Though I’d suspect with Alastor off and being restrained for so long Shana’s strength isn’t at its peak.

At least Khamsin and Rebecca were able to fight someone of good strength. The lion was fairly tough, though I think the tools left behind by that crazy professor were more effective than he was. Kind of crazy to see Khamsin fight though. Rocket feet, rocket punch, all sorts of crazy and fun stuff XD. They even broke the Crypta so the sneak attack force will be able to find the Seirei-den and start attacking. Though until the trinity and Yuji arrive they are up against a pretty token force. Though when Khamsin broke the barrier I couldn’t help laughing at that lion. Just the sound made me think of the cowardly lion from the wizard of oz (weird random reference there) XD. 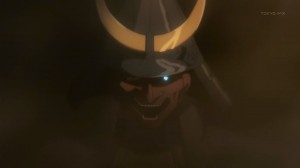 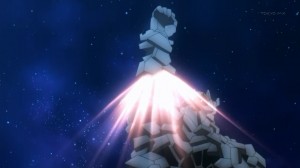 Most of the episode was fighting and finally getting Shana freed. It seems like the action will only continue to pick up with Shana now able to move around and fight her own battles.
Score: A