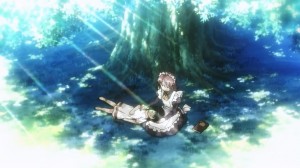 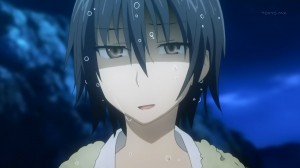 And here we go. The battle to rescue Shana has kicked off in a big way. Of course there are a lot of major battles going on here and it’s not just about saving her. Bal Masqué is attacking pretty much everywhere and forcing the Flame Haze to defend themselves and just hold ground. Have to give credit to Sophie for planning out a very bold move like attacking their stronghold. Really it was a great episode for action from the various Flame Haze and seeing old man Khamsin in action was a great part of it.

One surprising thing is that some of the strongest forces out there the Four Gods are just kind of hanging out waiting to see what will happen. Kind of funny since the terrible thing they are worried about is actually happening right now. While they send Centerhill out to observe the situation Yuji is on his way to reclaim the Snake’s main body and really kick things off. By the time he arrives and word can get to those guys it could really be too late. Though can somewhat understand them not immediately jumping on the Tomogara and waiting to see what the true objective of that group is. Just that it’s too bad that they are sitting around since the danger is so high. 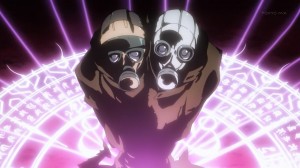 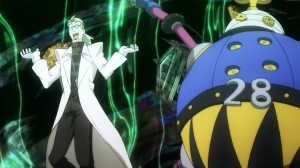 But wow the battles are pretty crazy all over. Though when you think about it that’s to be expected. The Flame Haze all have special abilities and it’s not like they are fighting Rinne either. All the Tomogara have their skills though some are obviously weaker than others. In a battle like that the special abilities really can tip the balance. Those Flame Haze that charged were foolish since you never know what might happen.

Still it’s going to be key for Khamsin and Rebecca to go wild so Carmel can make her own move. Oh boy will there be a surprise when her ride shows up XD. I can respect she needed that time alone to remember the early days with Shana and of course Merihim.

A pretty wild journey for Yuji and company. Good thing they took all the strongest forces since it frankly would make a tough situation even tougher when it comes to saving Shana. Looks like Shana as well is ready to fight. Kind of brings a smile when she talks about her unrestricted spell (love) not being strong enough. She really is hitting on it being an unrestricted spell and she’s just got to make it strong enough to reach Yuji and make him stop this. 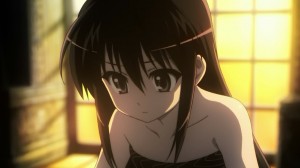 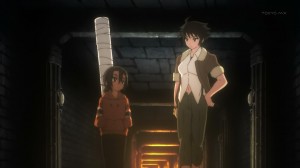 This is just an episode that makes you eager for the next one. We have the war getting set up, progressing, and finally the huge battle to rescue Shana. Things are just going to get bigger and quite literally so when you see Khamsin getting ready to fight.
Score: A