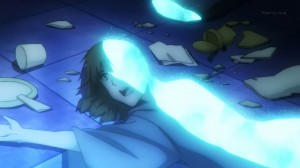 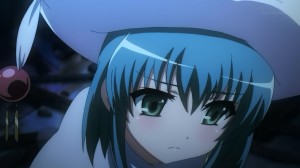 Well we are definitely ready for some crazy action coming up. Seems like the series has done a good job of not dwelling too long before moving on to the next major battle. Just seeing the insane force that Bal Masqué has assembled makes me think the Flame Hazes don’t have a great shot at victory. Just seeing the size of them is nuts, but then you have to take into account that they have some elite fighters mixed in. It’s going to take quite the effort to bring down that amount and stop Yuji and the Serpent.

This episode really split the focus between Yoshida’s meeting with Khamsin, Hecate’s attack on Shana, and the preparations for war. Hecate’s attack on Shana could have definitely ended badly. It was great effort on Shana’s side to avoid those attacks and also send a signal that she was in danger. Regardless on her feelings about being held captive, Shana can’t just let herself be killed either. I would have wondered why Hecate didn’t make a fuzetsu since Shana couldn’t have moved, but that would have also been a signal to Yuji. Unfortunately for her the assassination attempt failed and she was just made to look foolish. 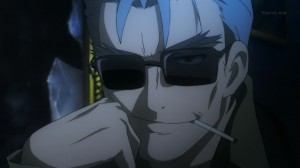 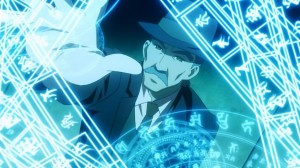 It was nice that the Serpent had his own reasons for keeping Shana around and it wasn’t all Yuji. It is true that keeping Shana there makes it impossible for her to do anything against his plans. Her movements are restricted and of course they can control where she is at any given time. On the other hand if Shana is dead then they won’t have any control over where the next Flame-Haired Red-Hot-Eyed Hunter will show up. Of course can argue it’d be tough to find a good partner in almost no time and one that will be ready to sacrifice themselves almost immediately, but there you have it. It’s not like there aren’t reasons connected to Yuji to keep Shana alive after all. But conveniently they can also use having Shana with them for bigger goals.

There was some interesting discussion though regarding the Silver. Maybe that is why the Spiral Organ decided to join up with this shady group. Seems like we should get some interesting developments there which is good since I hadn’t thought too much about the Silver since we got that mental assault on Margery.

As expected the Flame Haze sent to Carmel was Khamsin and Behemoth. Considering how absent she’s been for some time it was good to get to see Yoshida around for a significant period of time. We got to delve into her feelings about the Yuji situation, got to hear about Khamsin’s past and finally had a discussion about that hougu that Pheles left behind back in season 2. Makes sense that she can’t really say to go and save Yuji or not to kill him. Yuji is acting based on his own wishes so saving him is out of the question and considering how much is at stake and that the Flame Hazes are fighting with their lives on the line she can’t say not to kill him either. However the war turns out she can’t really force any side to take action. 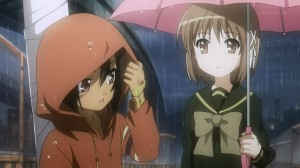 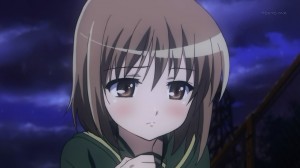 I didn’t expect Khamsin to have that kind of history though. It was mentioned in the first season that he is extremely old, but this helps put that history into context. The poor guy hunted down that Tomogara for several hundred years before meeting it again. It had to be a difficult thing though to decide to fight an insane monster for a father that resented his talents. In the end he was even forgotten by that parent and what did that really mean for the Kingdom he saved? He sacrificed his very existence in that world for a King like that. It’s no wonder that he had that strange bond with the Tomogara. It even knew him longer than Behemoth since he fought with the Tomogara before he made that contract. Certainly a mix of love and hate can be born from such a relationship. I’m sure even for the Tomogara that was an important bond. Several hundred years is a very long time and probably Khamsin was one of the few that it had known for such a long time. In the end it all ended in death and sadness. Well hope the old guy manages to survive through this war.

Seeing Yuji fire up that crazy army was a frightening thing. His words have always had some power to them and now they are being used for a pretty dangerous thing. What has been interesting though was more fluid switching between Yuji and the Serpent for talking. They are certainly both in this and now are moving forward to recovering the Serpents original body. If they get that then winning might truly become impossible. The Flame Hazes have got to make their move soon to stop Bal Masqué, unless they want to see what dramatic shift will happen in the world. What should be a comfort for Shana is that they won’t be just destroying Yuji’s body. Of course for now those two seem to be in a comfortable partnership. Yuji is willing to do whatever it takes for his goal of being with Shana. It’s part touching and part terrifying. 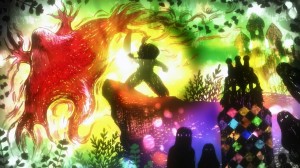 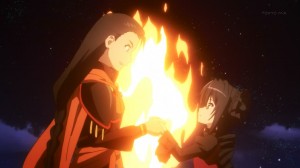 Things should get pretty wild from here on out. Major battles are coming right at us and finally Carmel will get her chance to try and rescue Shana. The best she can do is take advantage of the major battles to weaken the amount of enemies they will be fighting through.
Score: A