UPDATE: Contest Closed. We will be contacting the winners soon!

As you all probably know, the Fairy Tail anime has reached its 100th episode this week. We here at Anime Evo are HUGE fans of Fairy Tail, and based on the activity around our Fairy Tail episode blogs, so are you guys! In celebration of the series reaching a 100 episodes, we’re giving away 1 Blu-ray DVD Combo & 5 copies of the first Fairy Tail Manga volume out as contest styled prizes! So without further ado, here’s the first Anime Evo: “I’m a Fairy Tail Fan – Contest”! 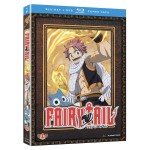 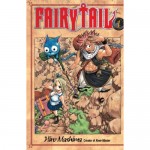 So how do you win? Simply put you have to comment on this post and link to an image that shows how much you love Fairy Tail.

It can be anything from a picture of yourself doing something awesome, to a photo of yourself cosplaying, to a fan artwork, a vectored image, a fan wallpaper or graphic, a bunch of self made icons, or even an image with a few words quoted from a fanfiction you did. Anything goes! Show us how much you love Fairy Tail. So basically:

This is in no way any sort of an official contest. Anime Evo does not own nor is it affiluated with Fairy Tail, Weekly Shounen Jump or Funimation. We reserve the right to change the contest rules or prizes at any time. Anime Evo also reserves the right to use your image in a gallery showcasing all the contest entries. We will not claim your work as our own and will properly credit you!

We have 5 prizes to give away and you guys have got a month to prepare some awesome images to showcase your love for Fairy Tail. May the best Fairy Tail fan win!