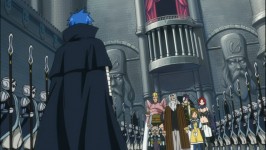 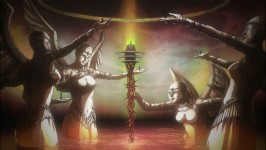 With this week, we head into the little bunch of fillers before we get back onto the main plot. This episode technically half filler/half plot, since we definitely got some interesting little tidbits about whats in store for the future.

That said, I liked the extra bit of Edolas screen time. It was nice to see what happened with the Edolas Fairy Tail and Mystogan after the whole events of the last arc. I liked the little bit where Faust was exiled, only because Mystogan wanted him to seek out his own new path in life and probably start another guild. It didn’t redeem Faust for all he’s done, but it was definitely nice to see a new beginning for even him in Edolas. Personally, I hope we get to see Edolas, and more importantly, Mystogan in another arc in the future. The possibilities for the two fairy tails meeting are endless! 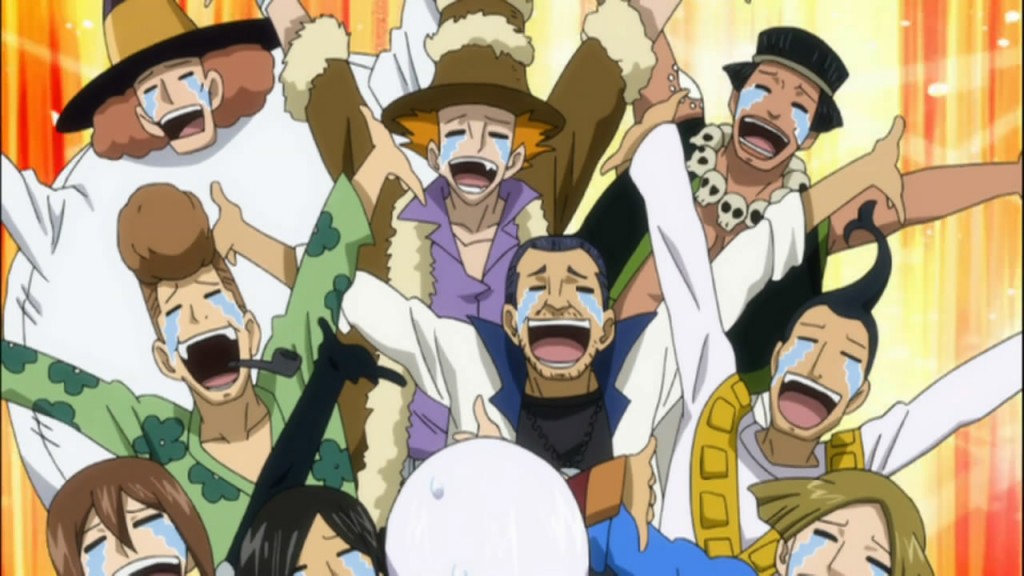 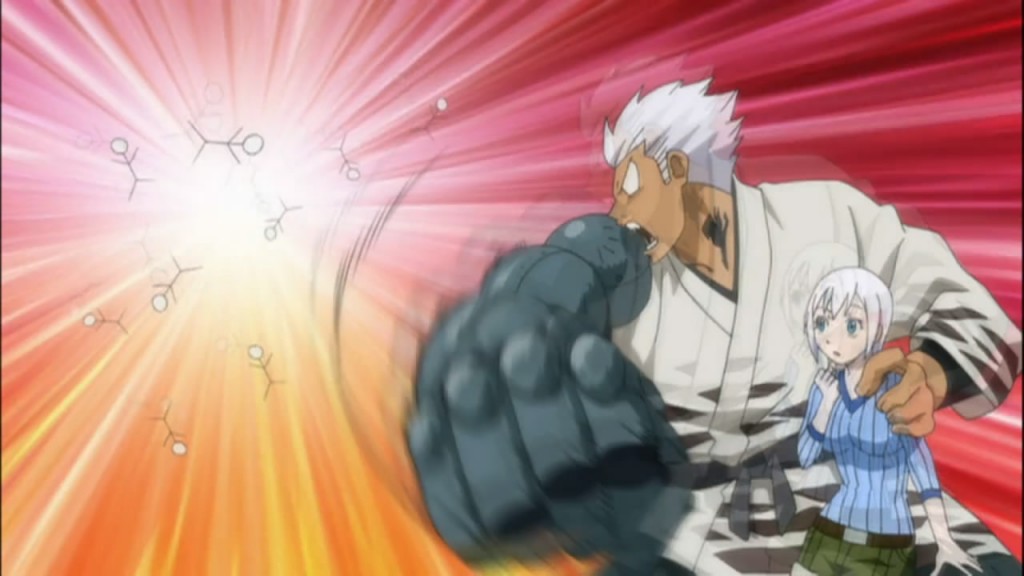 One of the benefits of having an Elfman Nii-Chan! XD

Speaking of both Fairy Tail’s, we got to see the rest of the guild react to Lisanna’s return and hear about the whole events of that transpired while they were a Lacrima. The party was general Fairy Tail stuff. They get together, they drink, and then go crazy and beat each other up. We also saw some new faces in the Guild, so its definitely getting more lively than ever. 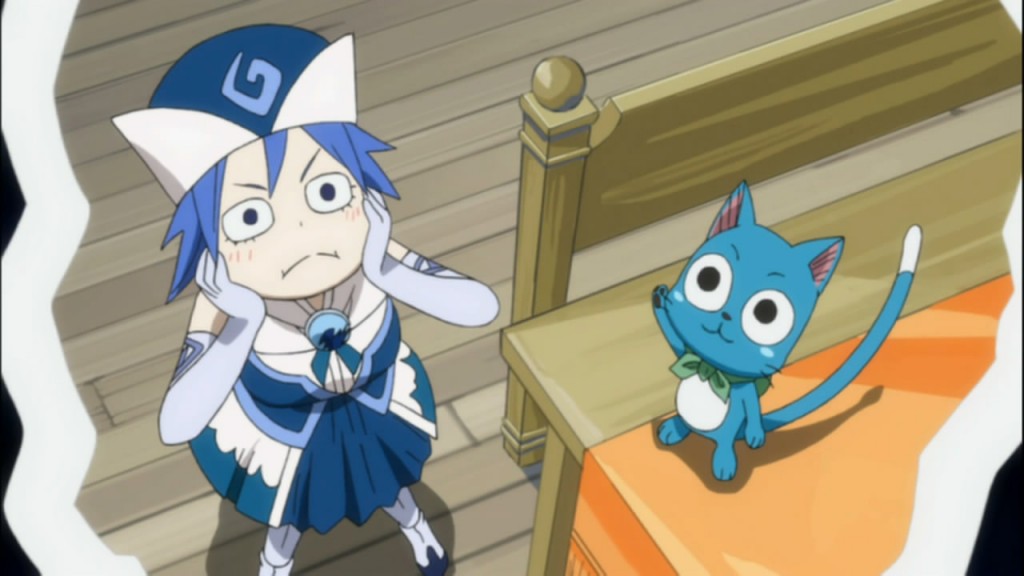 Happy: The Gray in Edolas actually Loves the Juvia there! Juvia: *mind shatters*

Poor Juvia, she heard about the fact that Edolas Gray loved the Juvia in that world, and it was bound to send her int a little bit of depression.

We also got  a nice little Lucy x Natsu moment in the episode. Well kind of, because it surely didn’t end well for Lucy: 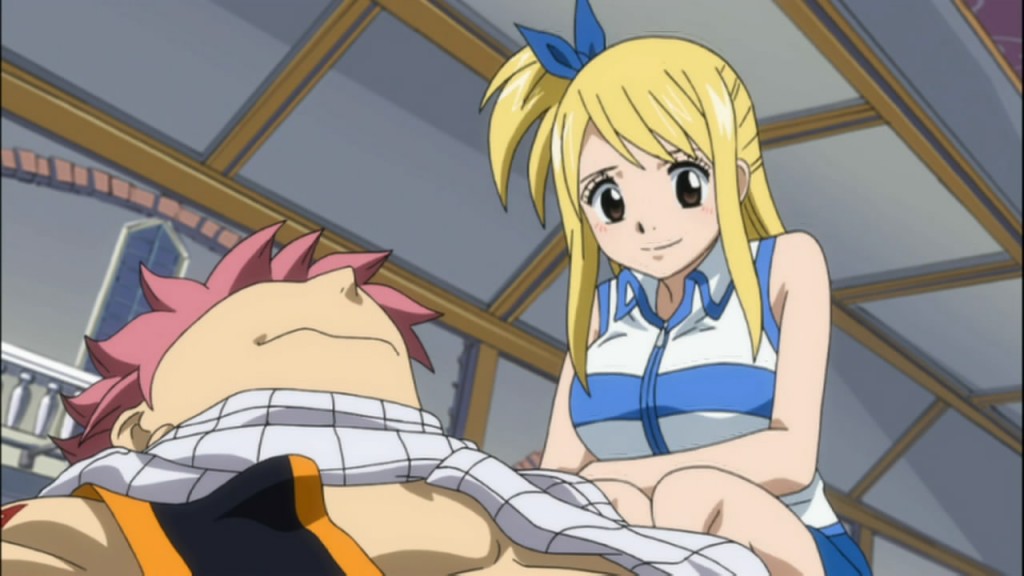 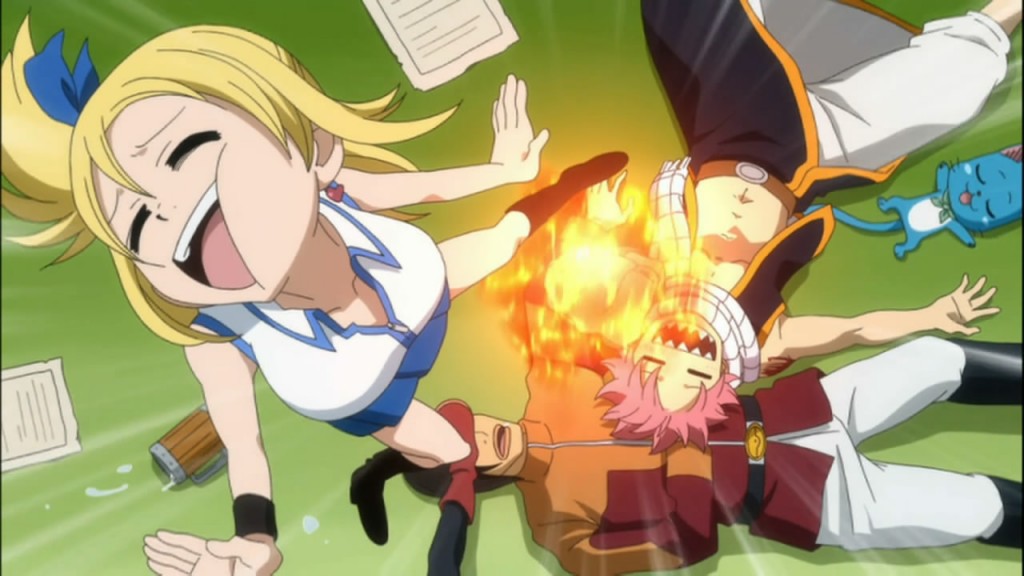 This is NOT an example of a Healthy Relationship! XD

It is nice to know that the Natsu x Lucy thing seems stronger than Lisanna x Natsu. I’m sure we’ll see hints of both from now on, but I think I’m still going to be rooting for Natsu x Lucy. Hopefully we actually see some progress on the romantic fronts in this series. I’m quite annoyed by how Bleach, Naruto and One Peice all kind of dance around the whole thing. Hopefully Fairy Tail will continue to stand out and do things properly! =D

Not all the episode was fun and games though, and we got to see some real trouble brewing. Beyond just the loss of Mystogan, we also hear that the new Magic Council is planning to take out Fairy Tail. I think, if those idiots actually knew half of went out in the world, they’d reevaluate their opinion. Not only has Fairy Tail constantly saved their world from the Dark Guilds, but they also just saved an inter-Dimensional war from happening.  Fairy Tail is definitely a lot more competent than any Magic Council. 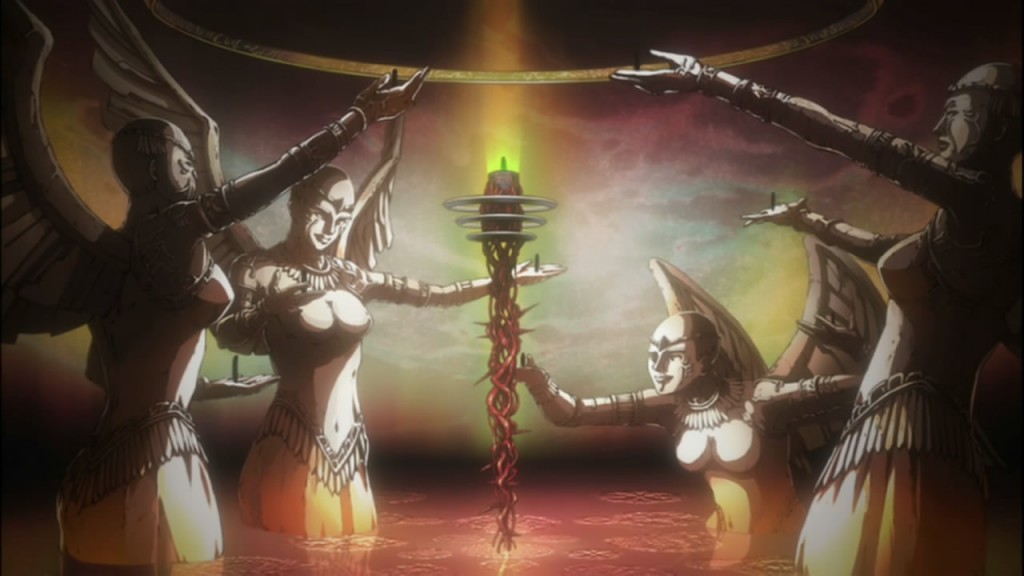 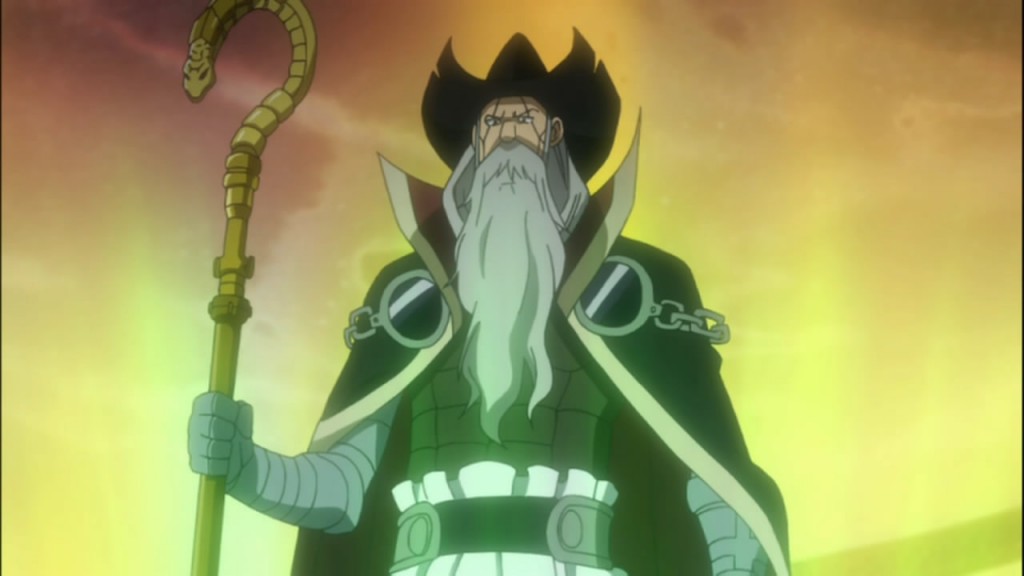 That is one creeeeeepy looking Magic Council Chamber!

Its definitely fairly common for new governments to do this sort of thing though. The new magic council wants to reestablish its power, and the way it plans to do it is use Fairy Tail as a scape goat. Fairy Tail and Makarov are going to have quite a fight on their hands soon. They will, not only have to take on the Dark Guilds, including Laxus’s father, but also have to prevent themselves from being disbanded.

There’s also that little bit that Makarov was discussing with Gildarts. I’m sure everyone knows that that is probably regarding the next arc, the S-Rank Qualification arc, where they’ll choose their next S-Rank wizard. 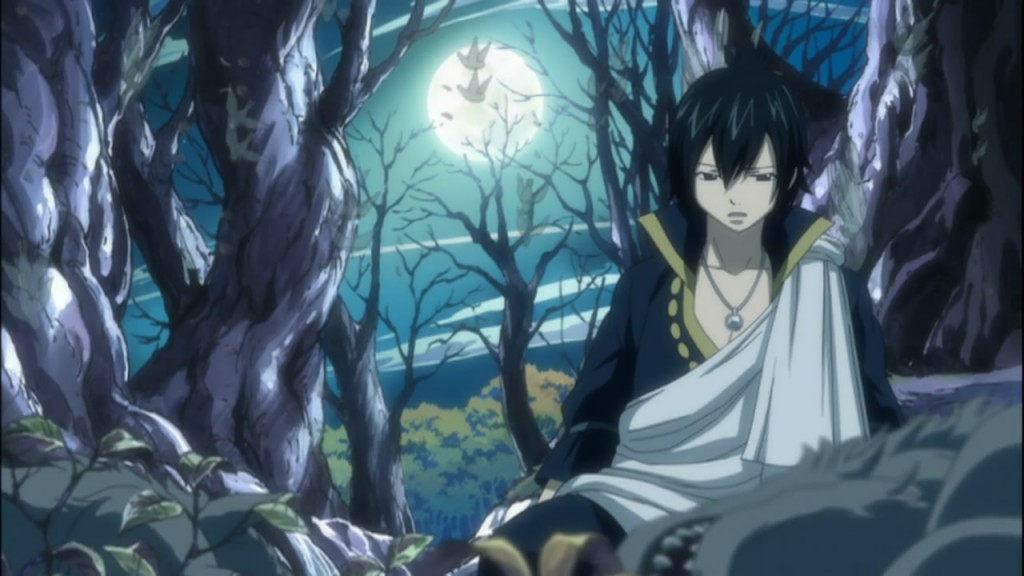 The final bits of this episode, were definitely the most intriguing. We got a look at a new character both in the start and end of this episode. His power is beyond freaky, as he can simply kill things that come close to him. Seems it only happens at night though, as everything was fine in the morning. The new guy also seems tortured by his power, but most interestingly of all, he seems to know or know of Natsu. I cannot wait to see what is in the brew for this character and what his relation is to Natsu. Is he the Black Dragon in human form that Gildarts ran into? or Is he someone else entirely? Maybe another Dragon Slayer? I suppose we’ll find out afer the next few episodes. XD 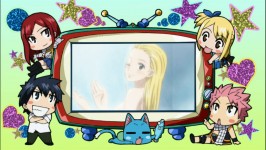 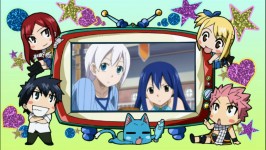 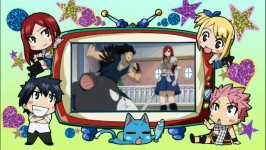 Can you say: FAN SERVICE?!??!!? Next week. And probably some bickering between the Fairy Tail members. See ya all next week for “Best Partner”. 😀