Back in 2001, J.C Staff animated a series that would become one of our personal favorites at Anime Evo; To Aru Majutsu No Index. Needless to say, when the second season was finally announced a full 2 years after, immediately following the conclusion of the spinoff Railgun series, we were excited. While Aru Majutsu no Index was a really strong introduction to the franchise, fans were definitely clamoring for things to finally get underway, and for the big epic events to begin! 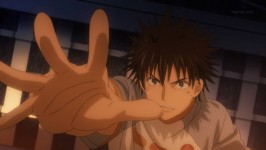 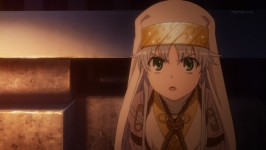 It’s really sad and unfortunate to say though, that those fans will have to wait another season or so before they get the pay off they’ve been waiting for. To Aru Majutsu No Index II is more of the same, foundation laying stuff that Season 1 was… a bit too much of the same at that. Instead of actually getting into the meat of the franchise’s story, To Aru Majutsu no Index II feels like a direct continuation of season 1, more so than a sequel.

The story once again has series protagonist Touma take the spot light, as he works together with Index to deal with the various magic and esper related issues that plague academy  city and their various friends and loved ones that reside there and beyond. The story is actually a bit of a disappointment this time around. Where season 1 was so good at introducing characters and villains, Season 2 feels a lot more rushed and under polished. Certain events are dragged out waaay too long, and other more important moments are hardly given the due time they deserve. The pacing for the series is something that is really the worst fault one can find.

The first few arcs the series covers are kind abmissmal, bordering on boring. When the series does get to one of the more intriguing arcs, its plagued with horrible pacing and top it off, the ending and solutions are kind of underwhelming as well. 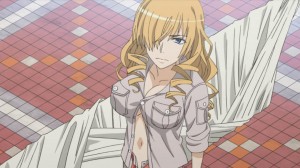 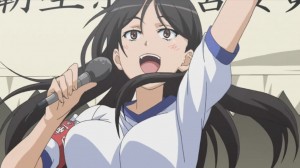 Series main character Touma, feels a bit underdeveloped as well. This is of course, compared to the amazing first season but Touma feels like he thinks less and just runs into every situation with his Imagine Breaker and Fists. The solutions to some of his battles are also pretty disappointing, when compared with the ones from season 1.

What is nice though, is that we see some serious development for characters like Misaka Mikoto and Accelerator. Misaka definitely furthers her relationship with Touma, and fans of that particular coupling will definitely find some great moments in the series. Accelerator is developed to a near shocking degree, and it’s safe to say that he starts to become as a much of a main character for the franchise as Touma. Accelarator’s path in this second season is perhaps the best part of the series, and he even goes as far as to overshadow Touma a bit. 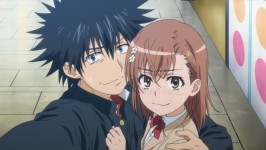 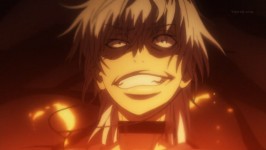 Old characters aside, Season 2 continues with the tradition of the previous series, we are introduced to a slew of characters. These add to an already gigantic cast of great characters. The new additions are hardly cookie cutter though, and add a lot to an already diverse and interesting cast.

If anything, the only real issue with the characters is that a lot of them feel underused, as there are too many instances where a lot of them don’t really appear or are off in some other part of the world away from all the action. Yet, probably based on the popularity of some of these characters, they are shoehorned in anyway. Again, it’s more of a fault with the story and plot, more so than the characters.

The art and animation on the other hand, are top notch and very well done. The production values for this show are generally great, as is to be expected based on the popularity of the franchise. The fight scenes and magical effects in particular, are trademark J.C Staff high quality stuff. The character designs stick to the style from the previous season, and all is peachy. A special mention must be given to the various environments and backgrounds that serve as the backdrops for the series’ various events, which are absolutely gorgeous at times. If anything, J.C Staff has done an exceptional job on the visuals. 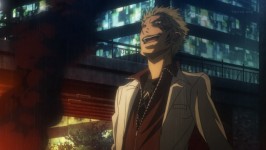 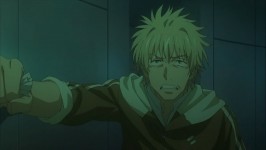 The Sound work for the series doesn’t trail far behind either. While the OPs aren’t that great, the EDs, particularly the second one, are very memorable. The OST in general is very nice, and definitely adds to the awesomeness of the gorgeously animated show. Added to that, is a splendid performance from the seiyuu, despite what story and script they’re given, they sell it and sell it well.

At the end of the day, To Aru Majutsu No Index II isn’t a bad series. It’s a pretty decent series that at least continues the franchise in a respectable fashion, albeit with some bumps and rough edges along the way. It does not however, accomplish the difficult task of being as good or better than the first series. Those looking for the big payoff from the franchise’s story will have to wait for the eventual (hopefully) season 3. We award To Aru Majutsu No Index II with a B Grade.