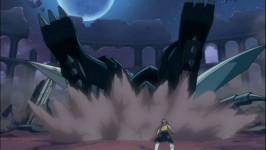 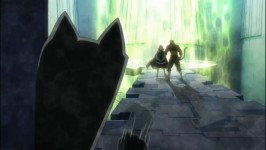 This week’s episode was definitely one of the better ones that have come out of Fairy Tail.

We got a pretty kickass fight, some great character moments and a nice twist at the end. While I wouldn’t call it the best episode ever, as it didn’t completely blow me away, it definitely was very satisfying, and that’s definitely what you can ask from one of the wrapping episodes of one of the most successful story arcs of the show thus far. Definitely makes me quite interested to see what Fairy Tail has planned later down the line, as I’ve only heard that it gets better later on.

Looking back to this week’s episode, there were two major parts  to it. First and foremost was the Dragon Slayer trio finally taking down Faust’s Droma Anim, while the other was basically everyone reacting (more so freaking out) after seeing Edolas begin to lose all its Magic power.  Both parts were pretty nice and well done. 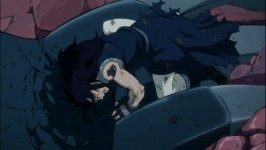 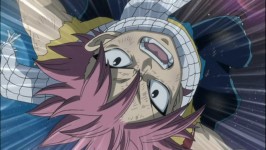 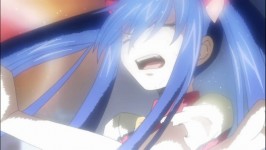 In contrast to Erza’s rather disappointing fight with her Edolas version, this fight actually delivered. They spent a good chunk of the episode (nearly half) dealing with the battle, and that focus definitely helped make it more exciting. While Natsu did his typical thing of not giving up and standing up and doing the impossible when everyone  else was down, it wasn’t that act that made me love this battle. Nah, Natsu is Natsu, he’s always going to get up and act all cool when everyone else has lost hope. What made me love this battle was how he got both Gajeel and Wendy on their feet and commanded them like a true leader.

Natsu is many things, but you hardly associate leader with him. He’ll run off, in a rage, and do his own thing. This fight was pretty different though. He went and TOLD his comrades to not give up, and then proceeded to use all three powers to make an awesome combination attack. Given, Gajeel did do the whole “trap Faust’s leg” on his own, but it was Natsu’s thinking that had him use Wendy’s vortext make that awesome Fire Spear that ultimately led to their victory. I liked how Gajeel also conceded that it was Natsu that needed to take down Faust. Gajeel definitely acknowledged, that at least in terms of fighting spirit, Natsu was the superior. 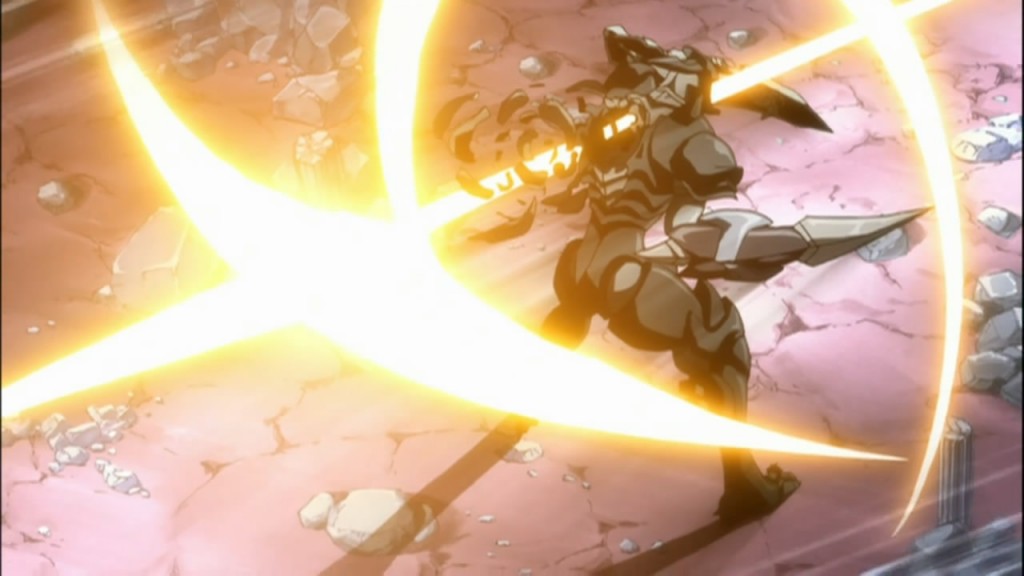 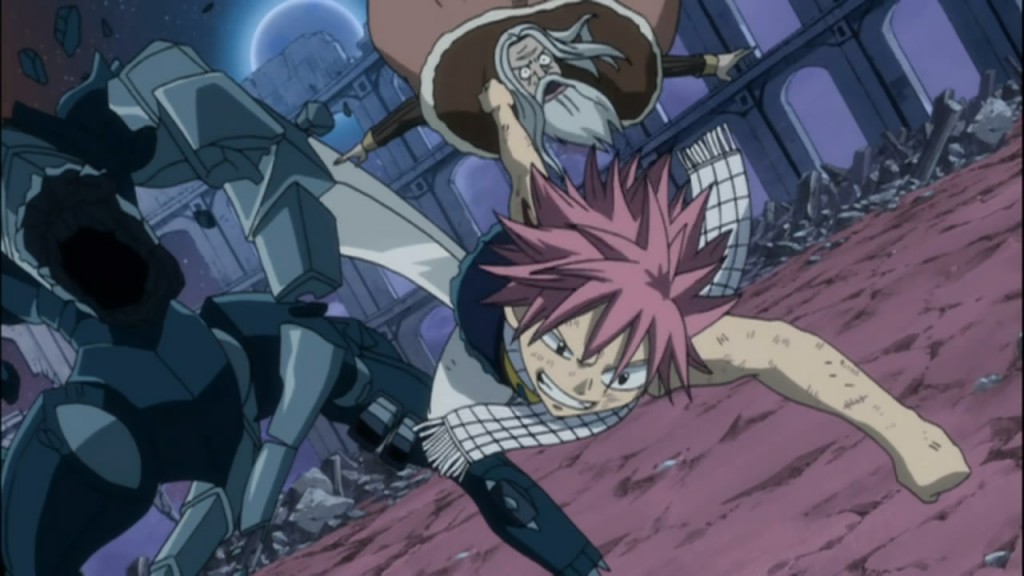 Personally, after seeing this fight, I really want to see the three work more closely together. Natsu being the somewhat troublesome but necessary leader, with both Wendy and Gajeel helping him along is definitely something that  Fairy Tail needs as we progress further. With both Laxus and probably soon Mystogan gone and with Gildarts never being around, The Dragon Slayers and Erza are all Fairy Tail’s guild has.

So yeah, awesome battle. Epic moments, great teamwork, and our three heroes took down Faust. Also, Faust spowted his most odd line yet, going with “is this a FANTASY?” before he got hit. Reallly man? Fantasy? You needed a better word after all that you’ve been spouting XD 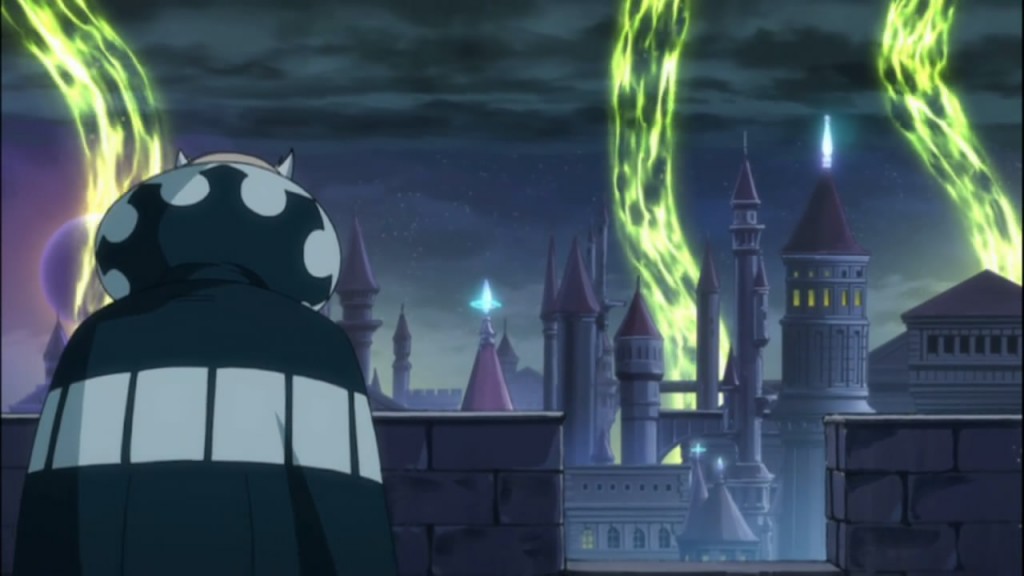 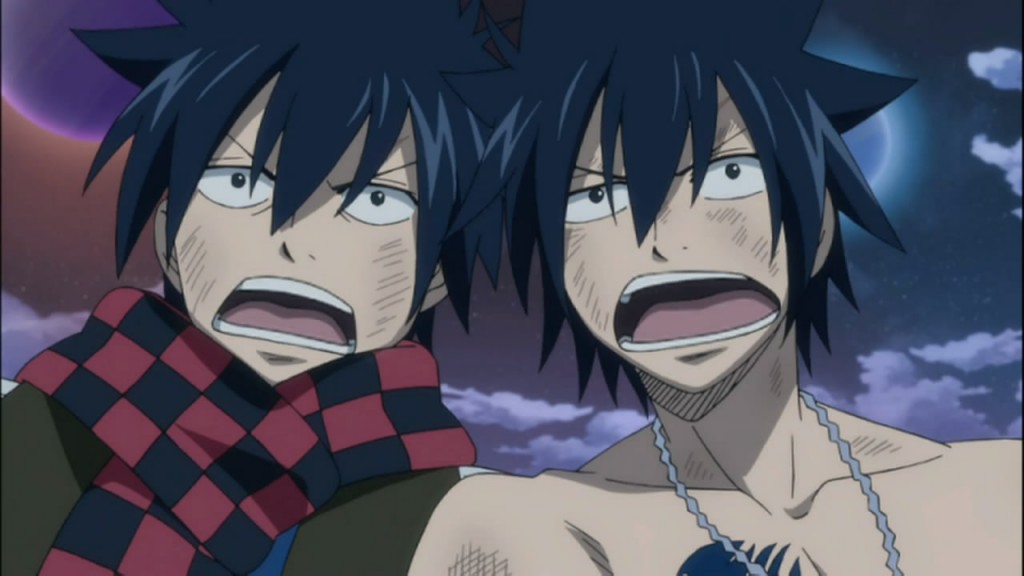 The magic power going away is making the two Grays synchronise! :O

The second part, had more to do with Mystogan’s plan. As things progressed towards the magic-less world that Mystogan desires, everyone began freaking the hell out. Understandably so, it’d be like if everyone in the world suddenly lost electricity. It would be scary as hell and very annoying too XD. There’s a deep amount of hate for wheover puts the world through such strife. What definitely impressed me about Mystogan, is that he not only counted on it, but planned to use it to his advantage.

I was totally expecting Mystogan to prepare to claim his world and become the new king, but its a testament to his character that he had other plans. He planned to paint himself as the villain and have Panther Lily become king. I definitely liked his point about it being wrong for someone who hasn’t walked in this world to lead it but honestly, I agree with Panther Lily. This is definitely nonsense, as there is no one but Mystogan who can lead his people. Panther Lily hardly has the charisma or wisdom to be able to lead the world through such difficult times, much less unite and end the war between the races. 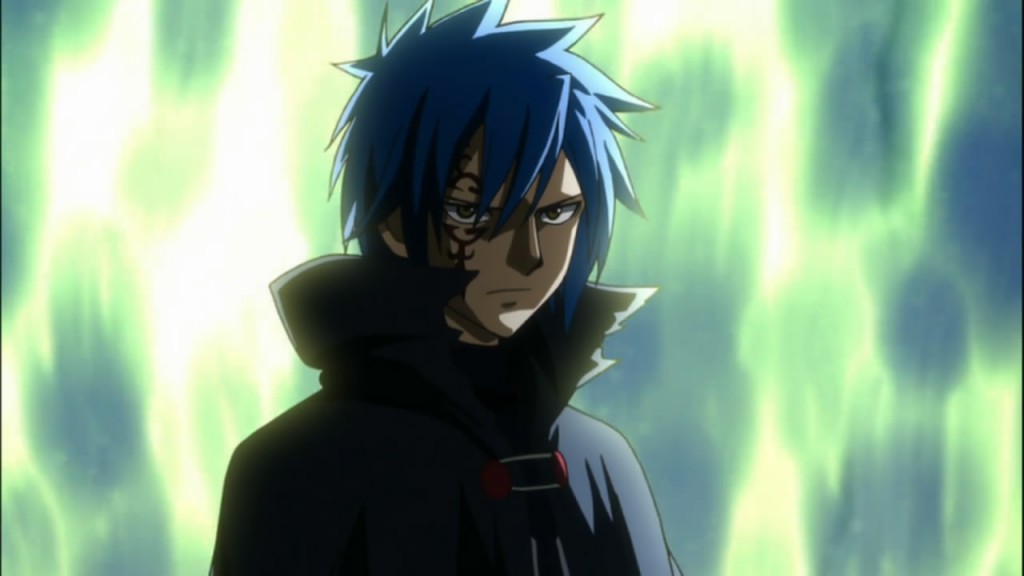 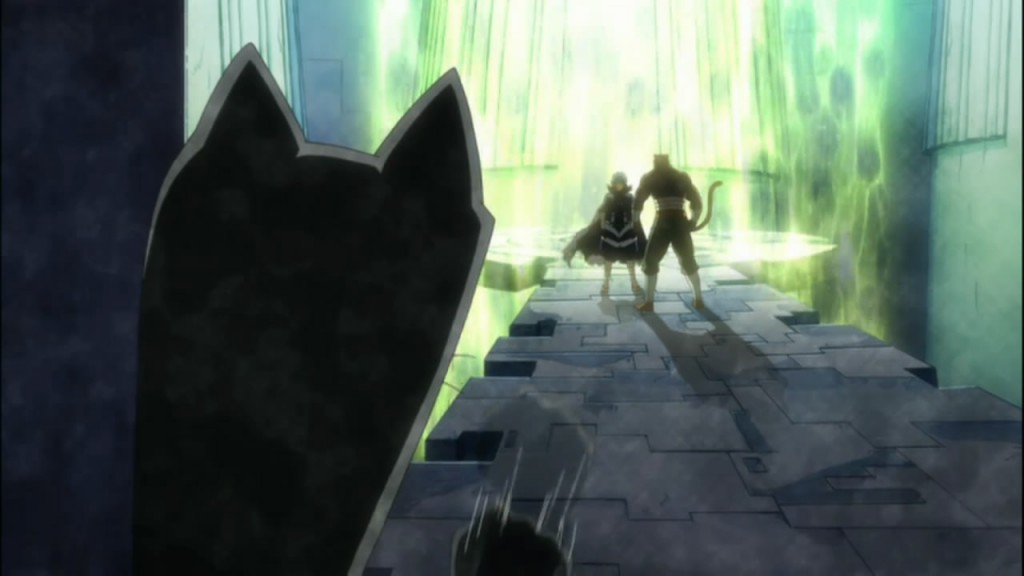 All in all, I liked the twist at the end, where Mystogan definitely planned to become the villain, in the same way that a certain hero in a certain second season of a great series did. Unlike said hero, however, Mystogan doesn’t have a “Zero” to entrust the world to. I’m sure people who’ve seen said series, got what I meant with my little reference XD

With the ending near, I’m ready for the next arc. I’m definitely curious about a few things. What is going to happen to the exceeds? And what the hell is up with that ED theme where Lisanna is shown in Earthland hugging Elfman and Mirajane? Is that actually going to happen? Or is the animation studio’s odd obsession with Lisanna causing ever more confusion XD 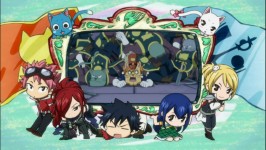 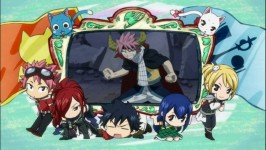 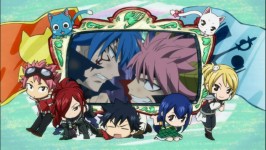 Seems like Natsu is going to be playing the villain for Mystogan before they leave. See ya all next week! =D