It seems that Zero No Tsukaima Season 4 will actually be happening in December 2011 or January 2012. Most Winter 2011-12 Guides are displaying it as so!

In a recent bit of news that is probably both surprising and puzzling to many, it has been announced (In the latest issue of Comic Alive Magazine) that the fourth and final season of Zero No Tsukaima will be airing on Tokyo MX in October. 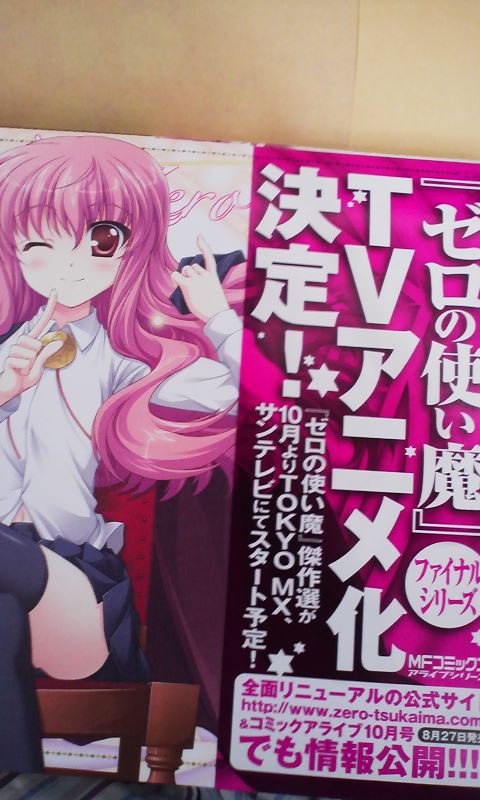 This news will definitely please fans of the franchise looking for some final closure. What is surprising is that this series has been announced for this fall, a time where one of J.C Staff and Kagimiya Rei’s other major franchise, Shakugan no Shana is also airing with its final series.

I guess J.C Staff is really going all out this fall season, bringing in two of their most popular franchises.