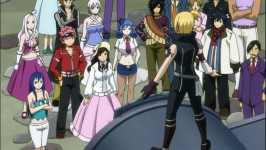 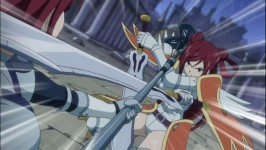 A decent if somewhat drawn out episode this week. I don’t know if its just me, but the episodes are beginning to feel to a bit too short and in the sense that not a lot is happening and at the same time, too many things are happening at the same time. This episode has the odd mix of feeling fast paced and very chaotic, with some things happening waay too fast, while others not taking nearly enough time.

In this episode, we got a battle royale with Two Fairy Tails and the royal kingdom, we got continued coverage of the Faust vs three dragon slayers, the epic clash between the two Erzas came to an end and we also had the reveal of Mystogan’s big plan. This was a lot of stuff  to fit into one episode, and a part of me kinda wished that Fairy Tail just decided to focus on one issue this episode and do it properly, instead of cycling back between four different things and not giving enough time any of them. 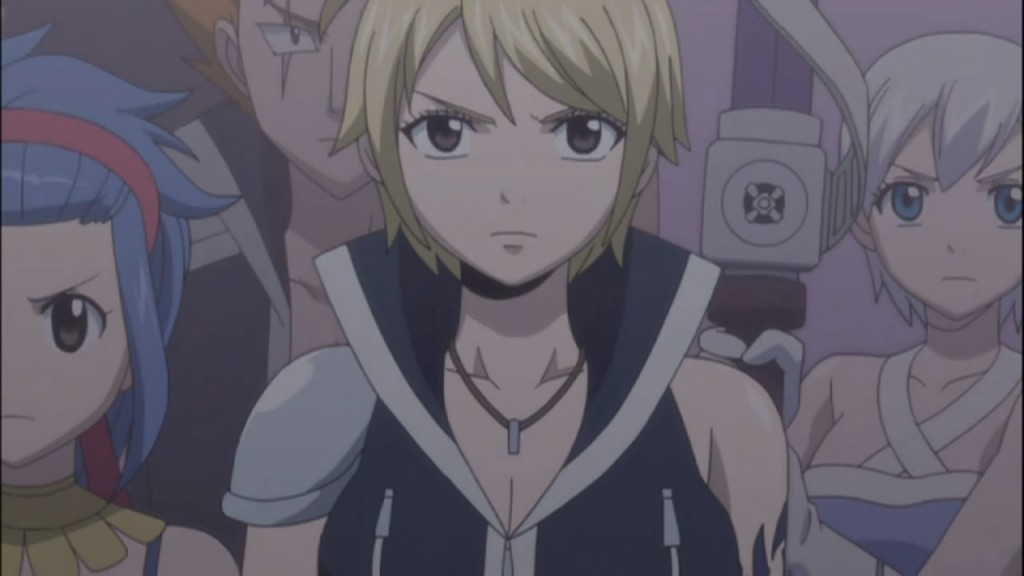 That said though, this episode did have quite a few awesome moments as well. Firstly, it was great to see Edolas Fairy Tail finally come out of hiding and actually fight for their world. I’ve been very disappointed by how cowardly Edolas Fairy Tail has behaved thus far, so it was nice to see them actually take some charge and fight for THEIR world. The meeting between the different versions was kind of funny. Both Grays obviously did not get along much at all, and it seems no matter world we’re in, Lucy will not be interested in Loke XD 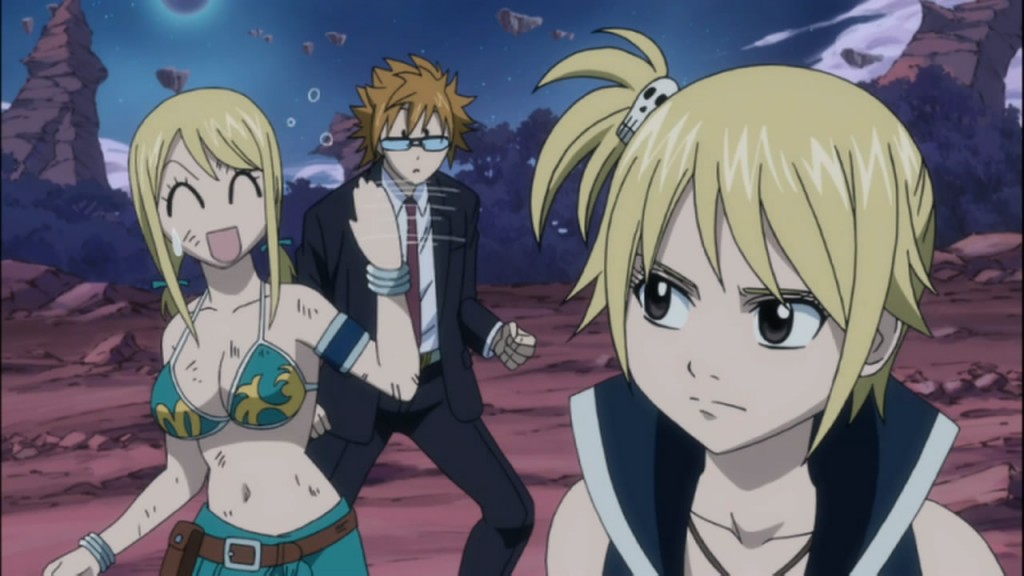 He is SO not her boyfriend! Poor Loke! XD

The battle royale was nice, and it definitely showed some of Edolas Fairy Tail’s good side. I’m just puzzled why they didn’t go out fighting to begin with, but what’s done is done I guess. While the major battle was fought on the ground, we had another huge battle above, on a floating Island.

Erza versus Erza was a pretty decent battle. It wasn’t as much of a physical battle as a lot of us were probably hoping for, but was more of an ideological battle. Fighting ability wise, both Erzas were pretty much equal. So what it went down to, was strength of character and will. Earthland Erza definitely had that, since she’d been around people that cared for her and who she cared for. In the end,  she managed to win 0ver Knightwalker, who ended up crying after realizing that Scarlet was right: 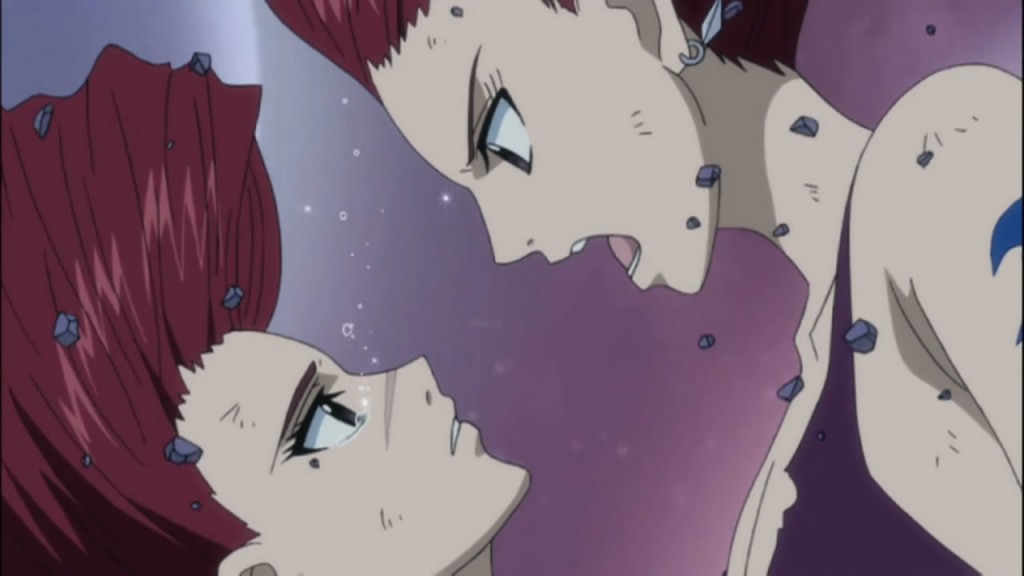 I’m sure some Shoujo-ai doujin is gonna creep up online cause of this!

We got a bit off a look at the Faust versus Natsu, Gajeel and Wendy fight, but honestly I don’t even know why they bothered to show us that scene. It was probably designed to stretch out the episode, and it felt totally unnecessary. We all know Natsu and Gajeel are itching to break that Dragon mech, and that Faust is crazy XD. So all in all, the flashes where we saw Faust and Natsu’s group exchange blows and words were mostly unimportant. I’m sure we’ll get a nice conclusion to the battle next episode, since nearly everything else is done. 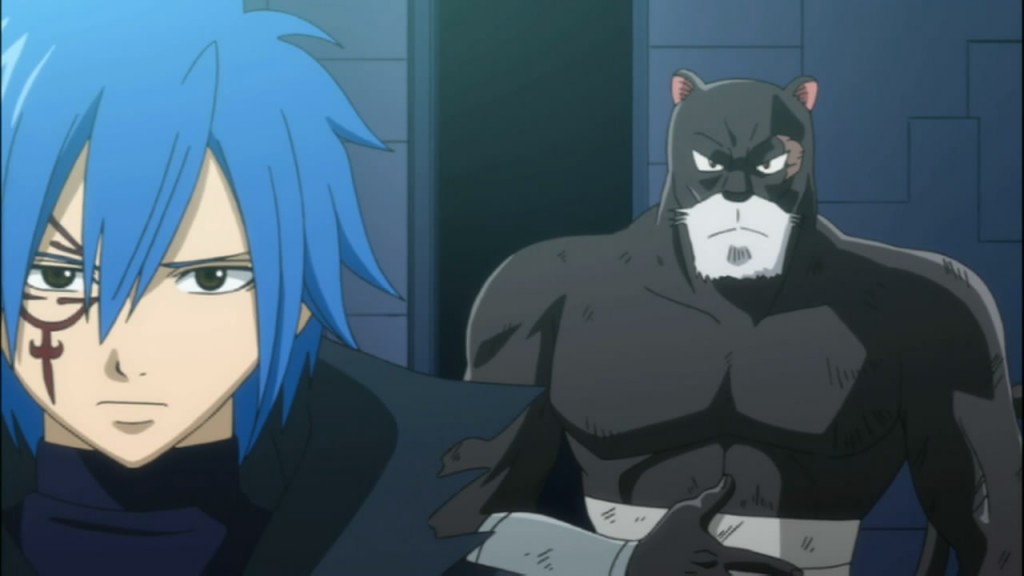 Its Elementary my dear Watson!

At the near end of the episode, we finally found what Mystogan was up to. I gotta say, this idea is definitely a smart one. Instead of relying on Magic, I’m sure Edolas could benefit from science and find its own way to exist. The magic thing is so totally not working for them, to the point where its just causing them to destroy each other. I think Mystogan has quite the foresight to just remove magic altogether and fix his world that way. I do wonder how Natsu and co are going to get back if Edolas loses all its magic. I guess they’ll just get sucked into the Anima? Before that though, I’m sure we’ll see the Dragon slayers take down Faust next episode! 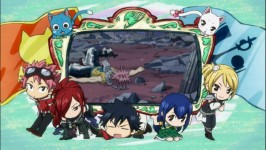 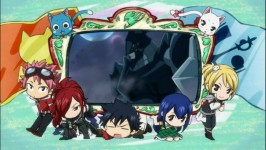 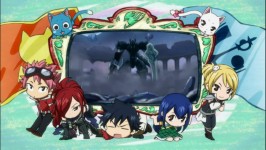 Anima is reversed and the battle with Faust takes the center stage next week! See you then! =D