Episode starts out with Karan (Sion’s Mother) being sad over Sion not appearing anywhere. She then gets a note from one of Nezumi’s mice that Sion is alive and that he escaped to the West Block. Later on we are shown how the West Block really is, with people shooting thieves and prostitutes stealing first kisses.

Sion gets pulled by a prostitute into an alley and she forces a kiss on him. Sion pushes her away and falls on top of a dead body. The prostitute proceeds to tell Sion that she can make him have a good time. Just then Nezumi arrives and says “Excuse but could you give him back. That guy belongs to me.” The prostitute says that they need to pay her for the kiss. Nezumi kisses her and tells her to keep the change. Later on Nezumi gets pissed off at Sion for being cornered so easily. Some guys come and pick a fight with them and Nezumi shows how GAR he is and kicks their asses.

Sion thanks Nezumi for saving him and Nezumi being Nezumi goes tsundere. They meet up with the guy of the address that Karan gave them. Turns out he was an old newspaper reporter that did some digging on No.6. He also seems to be a huge fan of “Eve” which is Nezumi’s stage actor persona. Rikiga (newspaper guy) secretely runs his own prostitution service in secret and offers Nezumi a spot, saying that people would line up to get their turns with him. Sion goes yandere and attacks Rikiga, proceeds to choke him and yells at him to apologize to Nezumi. Nezumi get Sion off of Rikiga and tells him to calm down. Sion is anguished that Nezumi did not get mad at Rikiga for insulting him and begins to cry. Nezumi tries to console Sion by telling him to not cry for someone else’s sake.

Later back at home, Sion asks Nezumi about him. “I want to know about more about you.” Nezumi strides towards Sion and puts Sion’s hand on his chest.  Nezumi tells him that all Sion needs to know is that he is alive and that is all that should really matter. The next day Sion is finally working. He’s working as a cleaner for Inukashi’s dogs. Inukashi and Sion discuss some things and Sion says that they are all humans, the dirty people, the residents of West block, and the residents of No.6. Inukashi is extremely shocked to hear this and ends up telling Sion about her mother. Turns out Inukashi was abandoned as a child and was taken care of by a dog. Nezumi insults Inukashi’s mom and pisses her off. Sion breaks the tension by calling “hamlet” to one of Nezumi’s mice. Turns out he named all of the mice Hamlet, Cravat and Tsukiyo. Nezumi tells him he gives up and loses his temper.  Inukashi makes a comment about how Nezumi never shows any emotions that its the first time he sees Nezumi shows them because of Sion.

At night Inukashi goes to attack and get revenge on Nezumi for insulting her mother. Nezumi goes B.A.M.F and kicks some dog ass and  pins Inukashi down. Inukashi comments on how Nezumi has gone soft and that the Sion “extra baggage” will be his downfall. Just as Nezumi is threatening her, Sion arrives looking for Nezumi. Inukashi takes advantage of this and kicks Nezumi off of her and runs away.

Sion and Nezumi start walking back to their home and Sion comments on how he wants to try living in the West Block. Nezumi asks for his reason and Sion says “Because I find myself drawn to you”. Nezumi turns around and begins to walk as he looks back to tease Sion about being less linguistically capable than a chimpanzee. Episode ends with Karan receiving a message from Sion saying that he is sorry and that he is alive.

-starts flipping tables and kicking chairs all over the place- This rage, DIS RAGE! DX

“I am extremely attracted to you. I want to breathe the same air you breathe, eat the same thing you eat.”

“Then should I say I love you instead?”

“Sorry but this guy is with me. He is so crazy about me that his body couldn’t react to even the sexiest of vixens.”

Anyway, other than that the episode was really good. Yandere Sion was a shocker and his naive personality is kind of…unnerving?

Nezumi is my husbando and you guys can’t take him away from me. No you can’t! D:

Nezumi baby, you are the only one for me. Where have you been all my life? Please join my harem. I promise to give you affection and love everyday.   😀

Anyway, I am excited for the next episode because that preview was GLORIOUS, GLORIOUS I SAY! EVE, hell yes, EVE. And that running around in the sunset with happy expressions.  Dammit, I need to prepare my body for the next ep. -dignified sniff-

Now off to the captions because that’s like, the only good thing about this review? xD 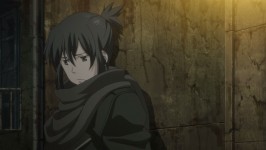 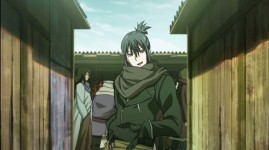 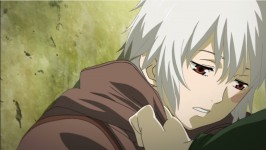 Sion: But you promised to take me to six flags… 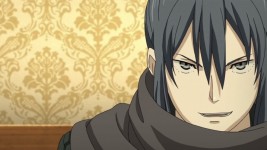 I’m too sexy for this anime…Oh yeaaaah… 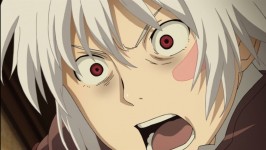 The Lord of Autism snaps and goes Yandere 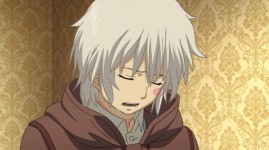 Aww baby, don’t cry. Nezumi hurry up and console him! 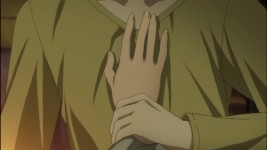 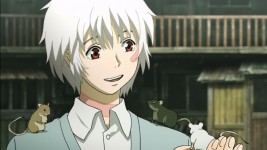 Sion and his harem of Mice 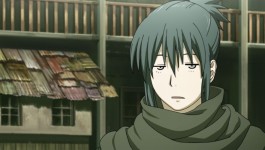 Nezumi is not impressed. 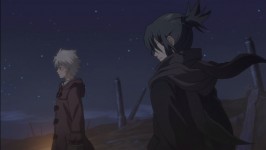 Sion: I’ve decided I want to try living here in the West Block. 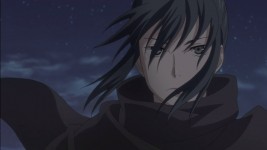 Nezumi: What is your reason? 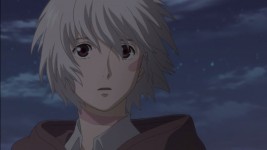 Sion: I u find myself drawn to you. 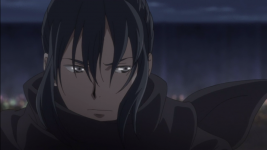 Nezumi and his beautiful eyes. <3