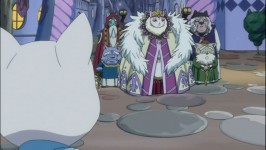 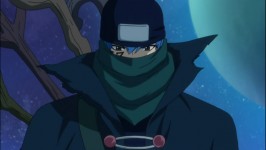 “The Boy from Back Then” is Fairy Tail’s 90th episode, and continues to show that this one series that is strong in story, character and plot twists. As we near the 100 episode mark, Fairy Tail is really maturing into one hell of a series. This week we had reveals about the Queen of Extalia and had some major mysteries clear up, as well as some classic shounen “everyone works together” moments.

While the episode’s title is clearly from the reveal at the end, there’s actually quite a bit of cool stuff that happened this week. I have to say, I’m quite pleased that Natsu was not the one who used his sheer willpower and Dragon Slayer powers to stop the Lacrima. I love Natsu, and how he’s always the guy who fixes every situation, but it would’ve been very bad, even tasteless to have save the day. Thankfully, the series had the same idea, and we got a rather awesome scene of all the Exceeds banding together to save their own world.

The reveal about the Extalia Kingdom was an interesting one. I had suspected that the queen was probably a fake queen, but I hadn’t thought that the Exceeds had used the idea of a Queen to keep themselves from being abused by the humans. The moment where the Queen revealed everything was a beautiful moment, only to be one upped by Carla’s own: 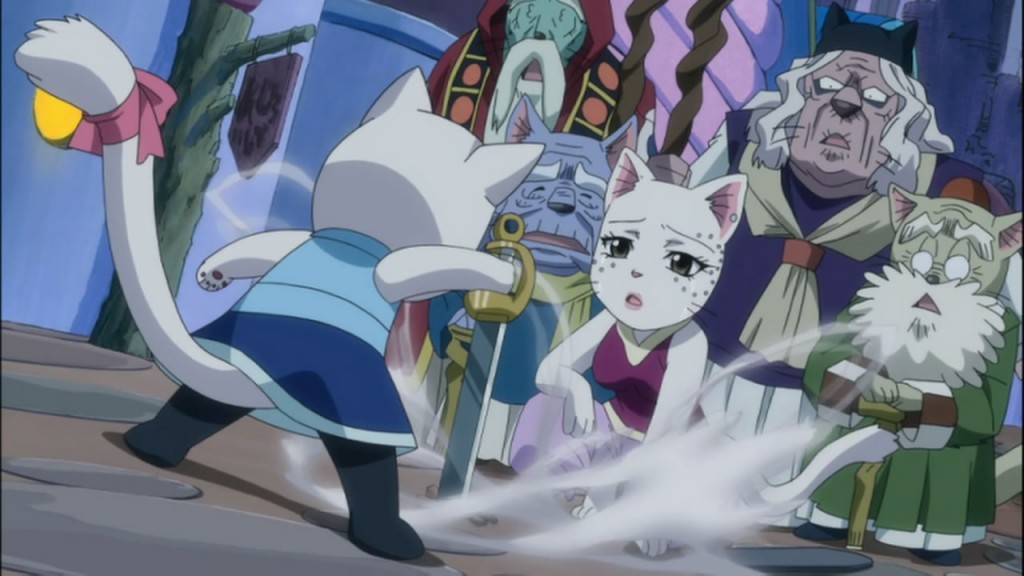 I have to say, Carla definitely seems like she’s fit to be their real Queen and leader. I mean, it was her speech and actions that led to the entire kingdom doing what it needed to do, in order to save themselves. Its also worth noting that Carla actually has quite a resemblance to the Queen. So I wouldn’t be shocked if they were related. Carla definitely has that pompus attitude to make her royalty XD I am still curious about the reason for the order to kill the Dragon Slayers, as Nady did say that there was a good reason for it. I’m with Carla that no reason is good enough for making baby assasins and sending them to off to another world, but still… I’m curious about their reasoning behind it.

Everyone else kind of took a back seat, as they tried their best to stop the Lacrima from crashing into Extalia. I found it kind of hilarious that people like Lucy and Coco were pushing a HUGE mountain and trying to stop it. These guys… Man… Common sense clearly doesn’t work well with them does it? Still, its to be commended that Natsu, Gray and Erza were able to keep the Lacrima in place long enough for the rest of Extalia to arrive. It was a really pretty scene seeing all those green lights come out of the Kingdom though, I’m sure Panther Lily agrees: 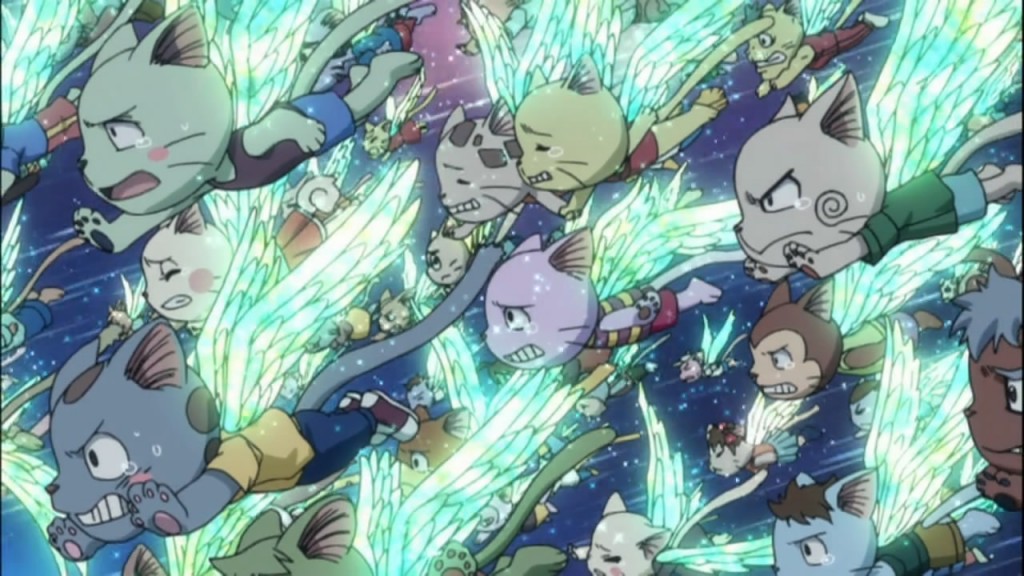 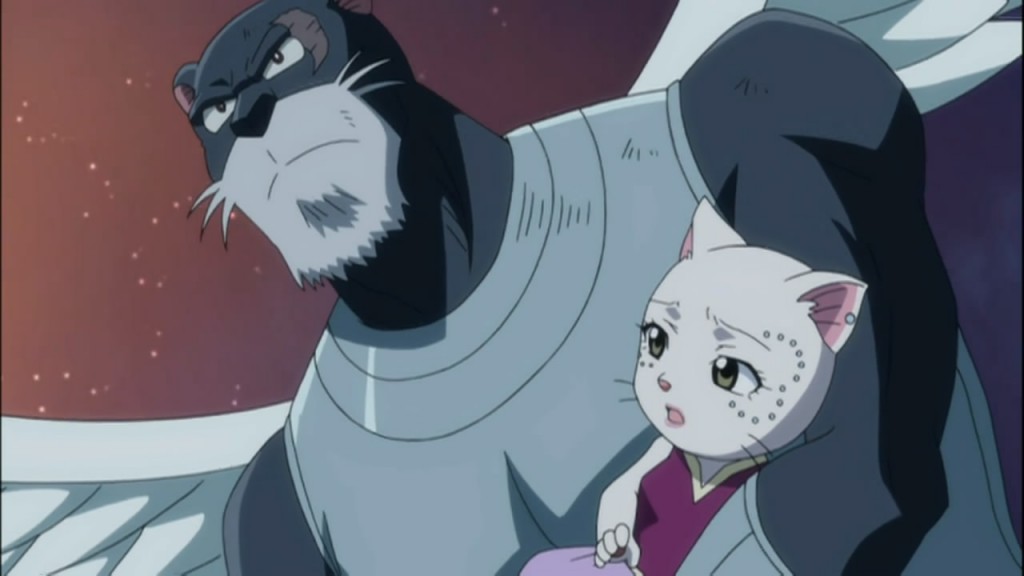 And yes, Lily was a big part of this episode. We finally got his backstory, and why he hated Extalia so much. The fact that he was exiled for simply helping a human child who was injured, was definitely something to hate Extalia for. I think once this is over, the Elders of Extalia definitely need to be put on trial for their crimes. I don’t blame the Queen as much, but the Elders are some seriously fucked up cats.  That said, the real plot twist was that the boy Lily saved turned out to be: 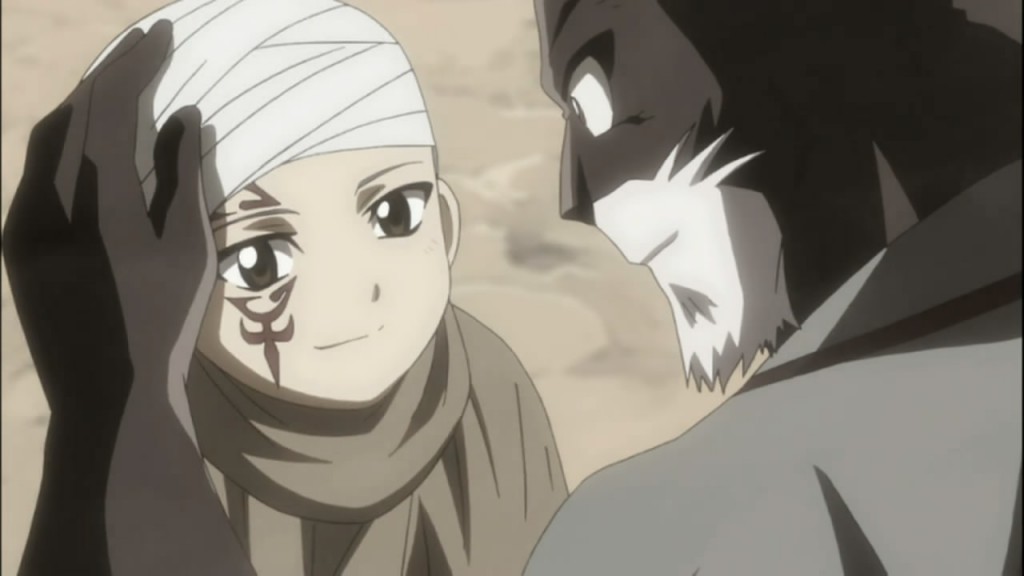 It was Mystogan!  But wait…. Mystogan is actually the prince of the Edolas Human Kingdom? OH SNAP! Major respect points for Mystogan. Even though he was royalty, the guy left his home world to go to another world and save it, while he was nothing more than a KID! And of course, Mystogan was able to take all of Fairy Tail and the rest of the people in the Lacrima back to Earthland. So while Natsu and the rest worked to try and save Fairy Tail, Mystogan basically used them to keep everyone in the Lacrima alive while he worked on getting everyone back. Definitely awesome.

Mystogan being the prince does raise a few questions. I wonder what his relationship is with Faust, and whether Faust unjustly took the throne from him. Or maybe Faust is indeed Mystogan’s father? If he is, I sure as hell don’t see the resemblance XD

That aside, Mystogan had just saved everyone, and things looked like they had finally ended. The celebration party was ruined though, thanks to none other than: 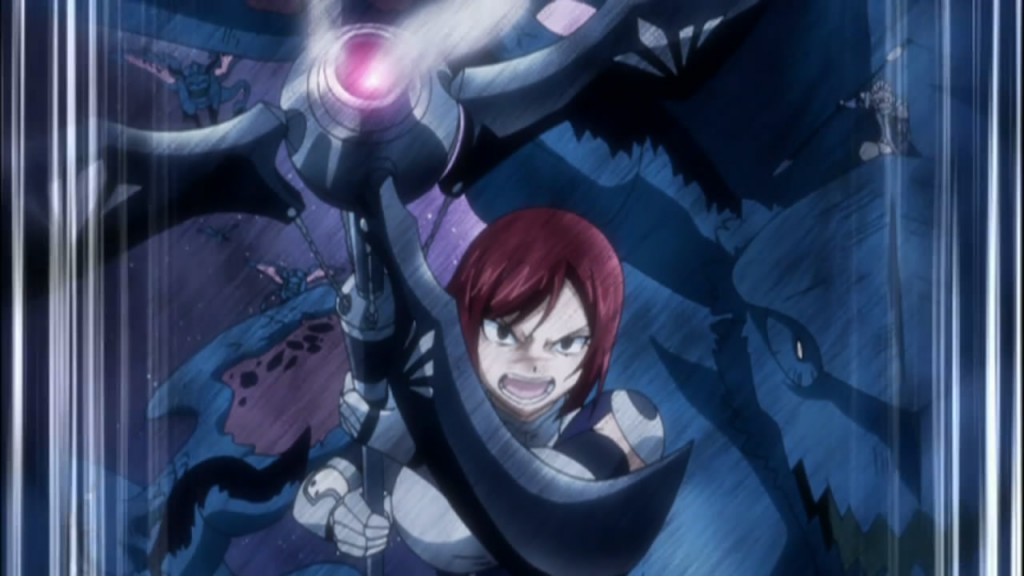 That damn Erza Knightwalker, with that scene she totally got on my nerves. She went from being an angry somewhat cool evil Erza, to an immature part and a sore loser at that. Taking down Lily was pretty harsh, especially as he had just seen the light. I guess we know why Gajeel won’t be getting Lily now. Sad as it is, it totally makes me want to root for Natsu and the rest when they take on Knightwalker and Faust. I doubt Natsu and the rest can loose.

I mean, Natsu, Gray, Erza, Gajeel AND Mystogan? I just hope Edolas remains in one piece after this is over! XD 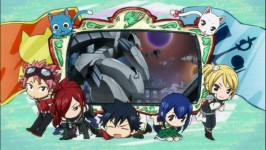 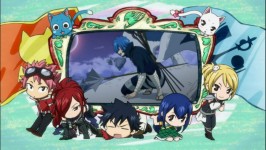 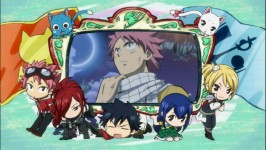