Okay, really really laaate review here. I could give a round of excuses, but I’ll simply state that it was my bad in getting to review this episode so late. Why? Because this was another awesome episode that really continues to push Fairy Tail into my most treasured show of the week. This week, we got to see a real dark side to Erza Knightwalker, and also got to find out a lot about the whole Exceed and Humans situation.

I admit, I was a bit surprised when I saw how compliant Faust was with the Exceed Queen’s demands. The fact that he was killing Lucy so compliantly for the Queen was a bit baffling. I really did think that Faust nothing more than a weak puppet of the Queen. Boy, was I wrong on that note. Moments after Happy and Carla saved Lucy, we saw Faust declare war and spurr a rebellion against the Exceed.

The fact that Faust would attack the Exceed, and decide to use them as an infinite power source sounds a lot more like the guy, or whatever I’ve been able to glean from his appearances thus far. Interestingly, Panther Lilly doesn’t seem to happy about the whole idea of the Exceed being attacked. I don’t see him as an Exceed, but maybe he’s a hybrid? An Exceed+Human? How does that even work? XD 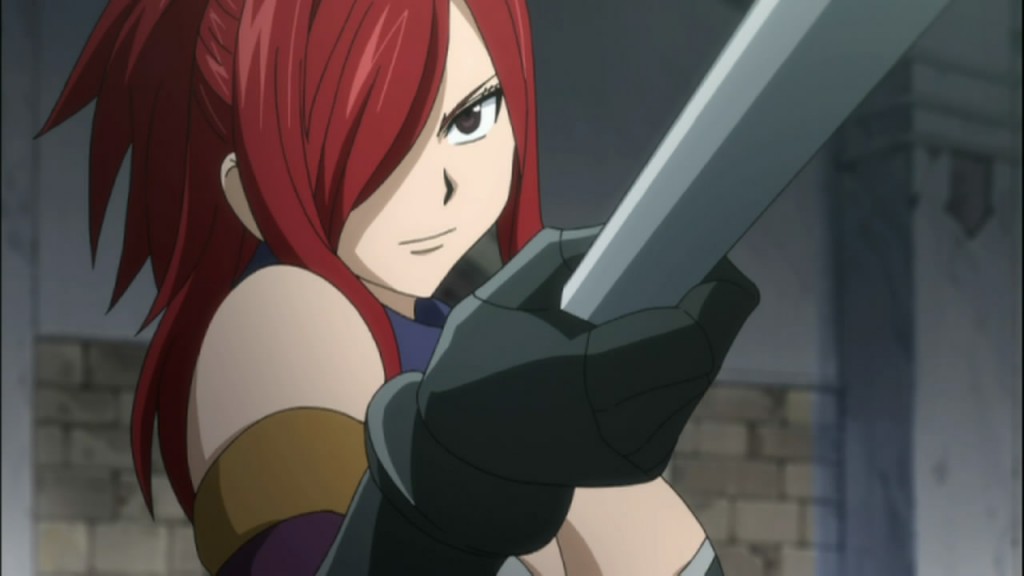 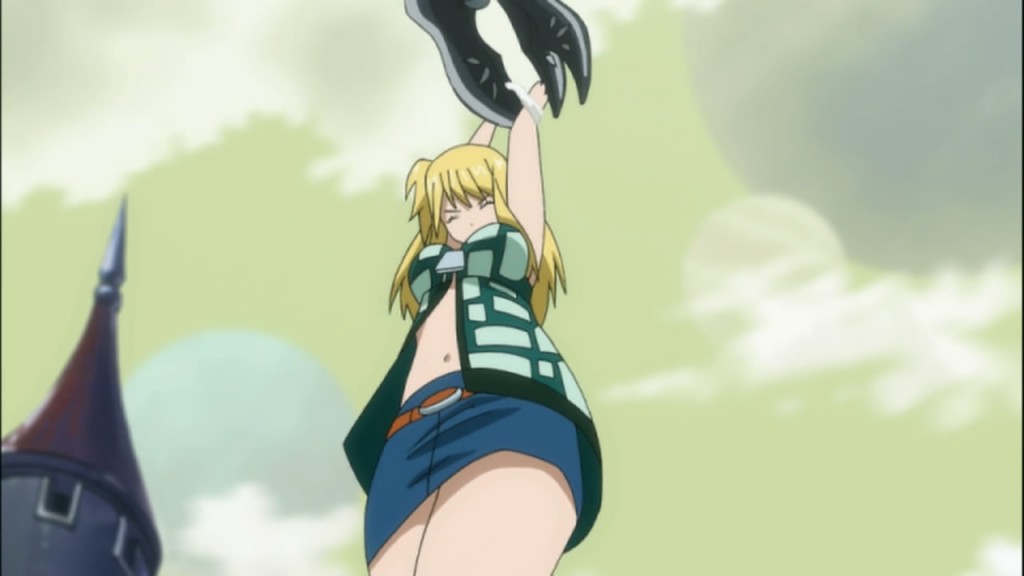 I guess we’ll find out more about Faust’s lieutenants as the arc goes on. What we did learn about in depth, is that there is no doubt that Erza Knightwalker is NOTHING like Erza Scarlet from Earthland. If anything, Erza Knightwalker really is her evil twin, and Erza’s total antithesis. I shuddered at the part where she dangled Lucy by a thread on the tower, and proclaimed that she loved to see people suffer. It was at that point, that we pretty much got confirmation that this Erza would not be joining the good guys at any point. And I think that’s fine! Erza as a villain is a very interesting angle. 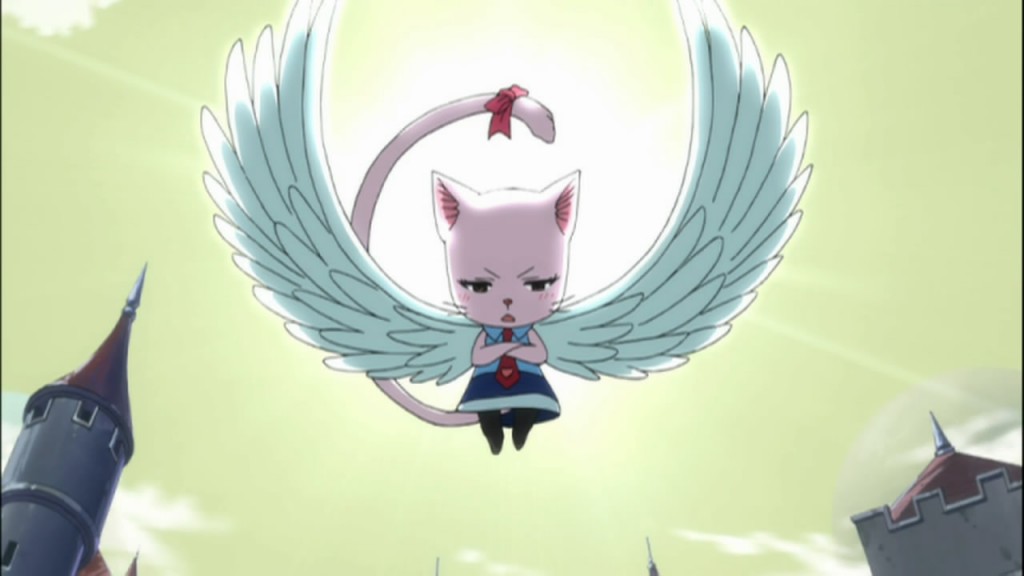 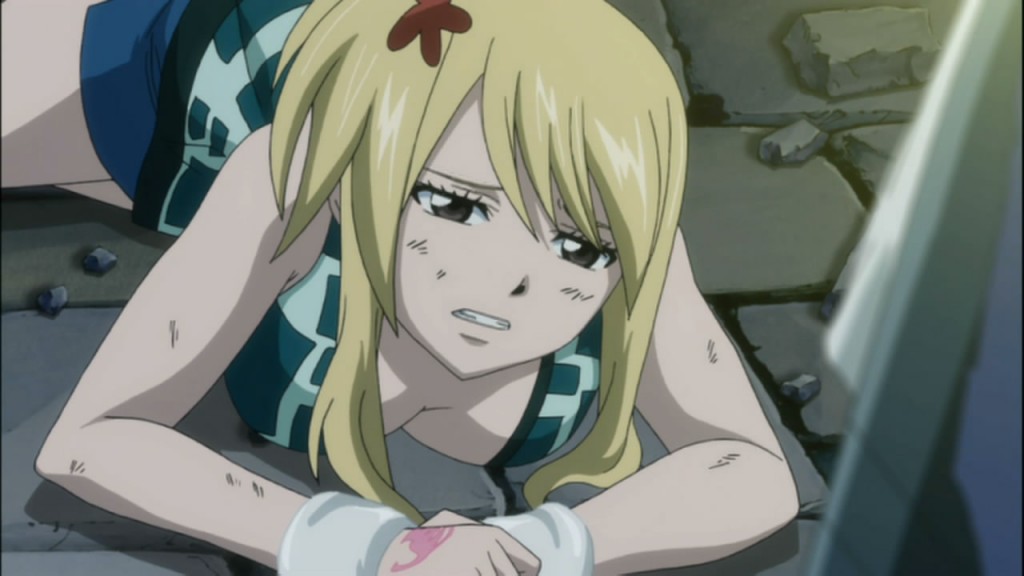 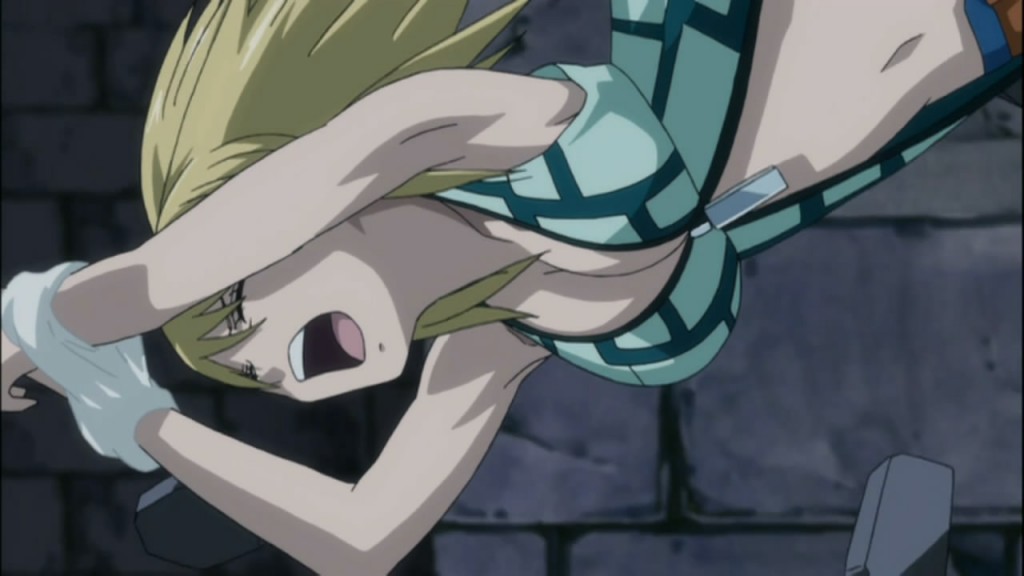 Lucy is always in trouble! XD

On a side note, I don’t see why Lucy doesn’t just try and get the sticky goo off her arms and use her magic. She barely even tried this entire episode, and instead ran around, barefoot I might add, and was barely able to make it by. Happy on the otherhand, inherited a lot of Natsu’s will, and served to make sure they never gave up. On the other side of things, Natsu refused to give up or let Wendy give up for that matter!

Things didn’t look good though, despite their constant attempts to get to free Natsu and Wendy, Lucy, Happy and Carla ended up falling right into Erza Knightwalker’s hands. I think it was because they ran into her three times, that the sense of despair really prevailed. I was thinking Happy might get seriously hurt or tortured before any form of help arrived. It was also at this point, that I really wondered who would come to save the day.

And then we had it, much to everyone’s shock: 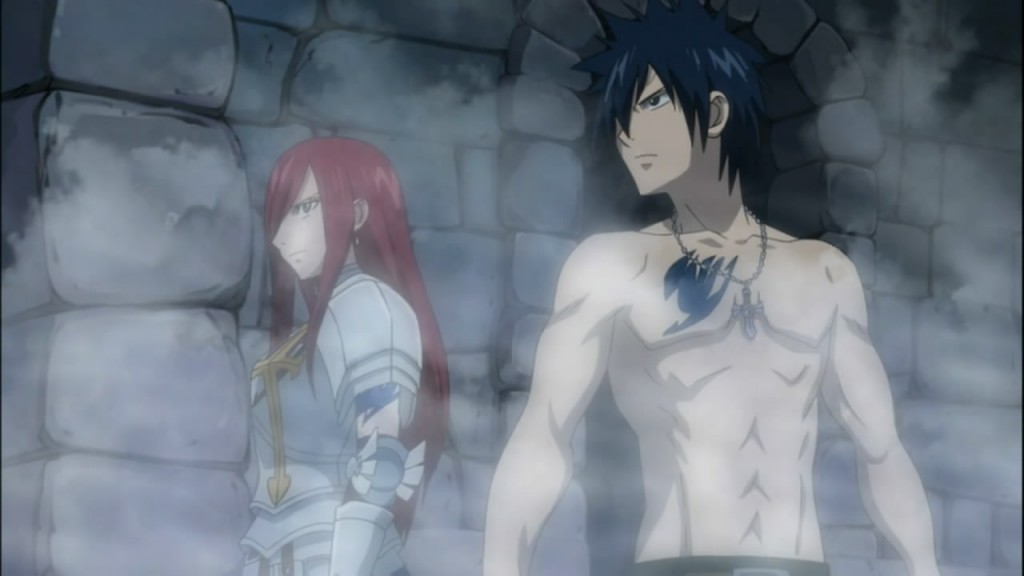 ‘sup Guys? Badass is back in the house!

Erza Scarlet and Gray Fullbuster! Totally didn’t see that one coming. I totally expected this to be a Happy, Carla, Wendy, Lucy and Natsu arc, with a bit of Gajeel on the sidelines. But hell! This is Fairy Tail, and its all about the strongest team! With Erza and Gray back, things have gone from awesome to really darn exciting. To make matters even more interesting, we have two versions of Erza, on opposite sides. A battle of the Erzas? Hell yes!

Nuff said, I can’t wait for this week’s episode! XD

Next episode we have the awesome Erza vs Erza battle! Cannot wait. Also, I should have the reviews for both Fairy Tail OVAs up shortly! See you next review! =D