After a week of not reviewing Fairy Tail, I finally get the chance to get back and look at perhaps the most enjoyable and entertaining arc this series has ever done. Episode 81 showed us more cool meetings between Fairy Tail and their Edolas counterparts, and of course, the story went along at a decent pace as well. There still hasn’t been much action, which is quite surprising, given the nature of Fairy Tail, which is a shounen series. At the same time, its kind of refreshing to see a shounen series that’s not afraid to keep the fighting off for as long as it needs to.

Most of the episode was centered around character interaction. We got another chance to see just how different and oddly, how similar both incarnations of some of the characters are. The whole part about the three lucy’s was rather funny, along with Natsu’s rather unphazed reaction to seeing two Lucy’s in just their towels XD. It was interesting seeing how differently they viewed the whole thing. Edolas Lucy is definitely the kind of person who definitely hasn’t had the chance to really act like a girl, and this was only echoed with her interactions with Earthland Lucy.

It was interesting to note that it was actually Mystogan that sent and saved both Gajeel and Lucy to Edolas. Good old Mystogan, still fighting the good fight! =D

I must confess, when I saw that Edolas Lucy had left them, I expected her to just leave the Earthland guys to their fool’s errand. I was rather impressed that she actually decided that it was more proper that she and her Fiary Tail be the one to change and improve their world. It makes sense that the citizens of Edolas be the ones to fix their Kingdom’s problems rather than have outsiders do the work for them. To that end, I really hope Edolas Lucy succeeds in rallying some support from her Fairy Tail, because it seems rather unlikely that Natsu and the rest can save the day alone this time. Even though Lucy has got her magic, its hardly much of an advantage, as Happy and Natsu have echoed a few times already XD 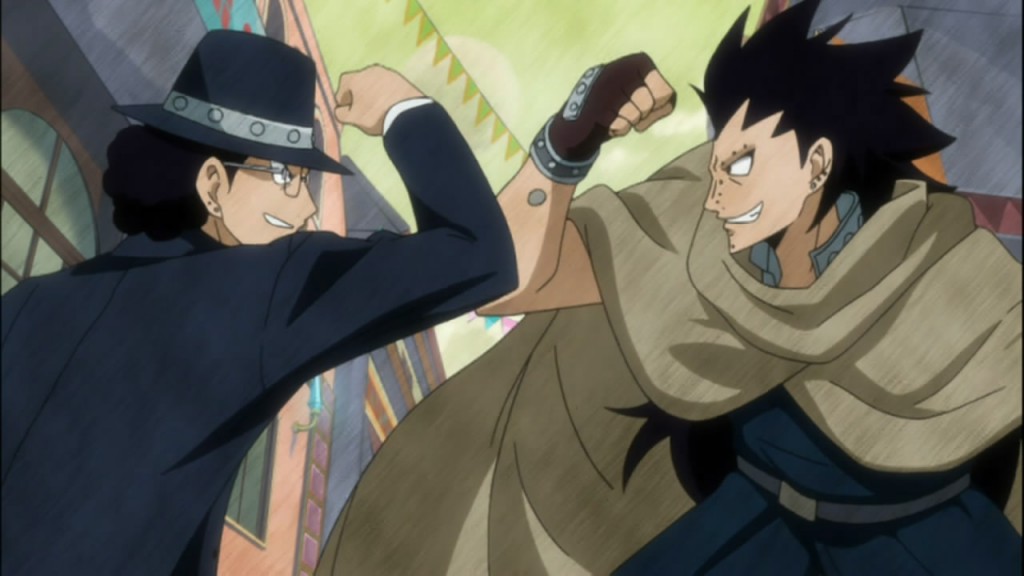 Of course, the other thing, and perhaps the only filler element introduced into the arc, was Gajeel meeting his Edolas self. This entire meeting was hilarious, as both versions of Gajeel were quite different from each other, but really liked their other version so much, that they wanted to believe that they were very alike. I laughed when Gajeel mentioned that he was just as cultured as his Edolas self, which was totally topped by Edolas Gajeel mentioning that he was “cool and wild”. To make matters even more interesting, both Gajeels played music, but I suspect that only one of them is actually good at it XD

The final and perhaps most interesting meeting, was between Edolas Natsu and our Earthland mages. I admit, until the last moment, I thought Edolas Natsu was just as badass, and perhaps was only weak to Lucy, but man… was I in for a shocker: 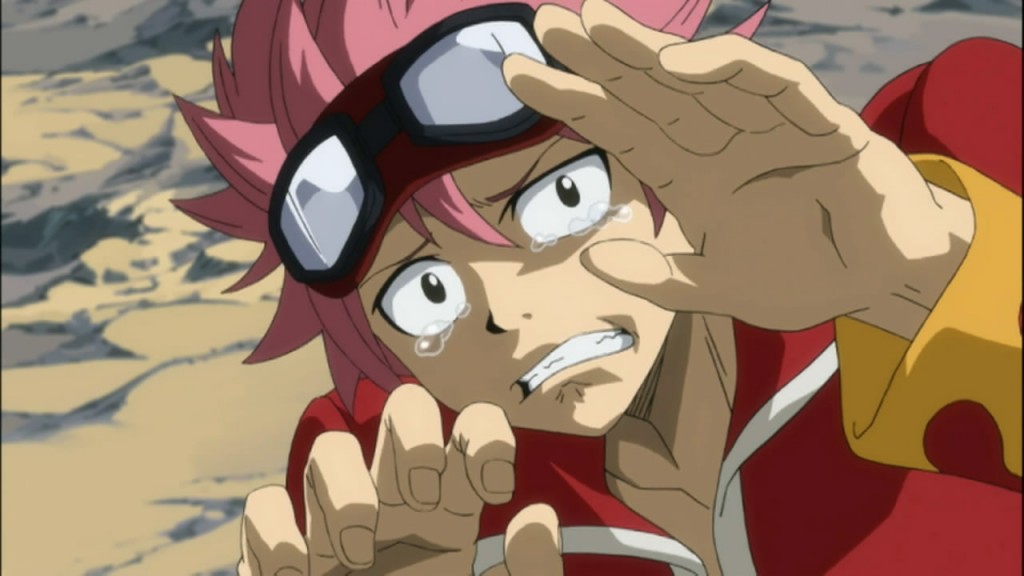 Edolas Natsu is actually a total doormat unless he’s in his car XD A complete contrast to Earthland Natsu, who becomes his weakest when he’s in transport. The one thing that I did notice, and the one big difference between Earthland and Edolas, is the attitude and bravey of the Fairy Tail. Earthland Fairy Tail is filled with gutsou mages, mostly because they have Natsu, A very confident Gray and Erza. Edolas lacks this, and that’s why I see that the Edolas Fairy Tail is hardly confident enough to take on authority and do whats right, regardless of the need to do so. Cowardly or not though, Edolas Natsu saved our heroes butts, even if he did kick them out after a certain distance. I’ll talk more about what happens next in well… episode 81’s review. Which is rather hard, as Episode 81’s ending truly bleeds into episode 82.

No Preview line this time, just head on over to Episode 82’s review XD