Things moved a bit slower than I expected this episode, not that it was too much of a bad thing. If anything, this episode had several big reveals, and some interesting little character moments that really continue to sell the concept of Edolas as  darn awesome.

Most of the episode was still Natsu and co adjusting to the alternate Fairy Tail, and just generally getting a handle on how things  work in Edolas. We continued to see more alternate Fairy Tail mages, including a confident Reedus and an adult Wendy. Of course, the major reveal was the fact that Lisanna was actually alive: 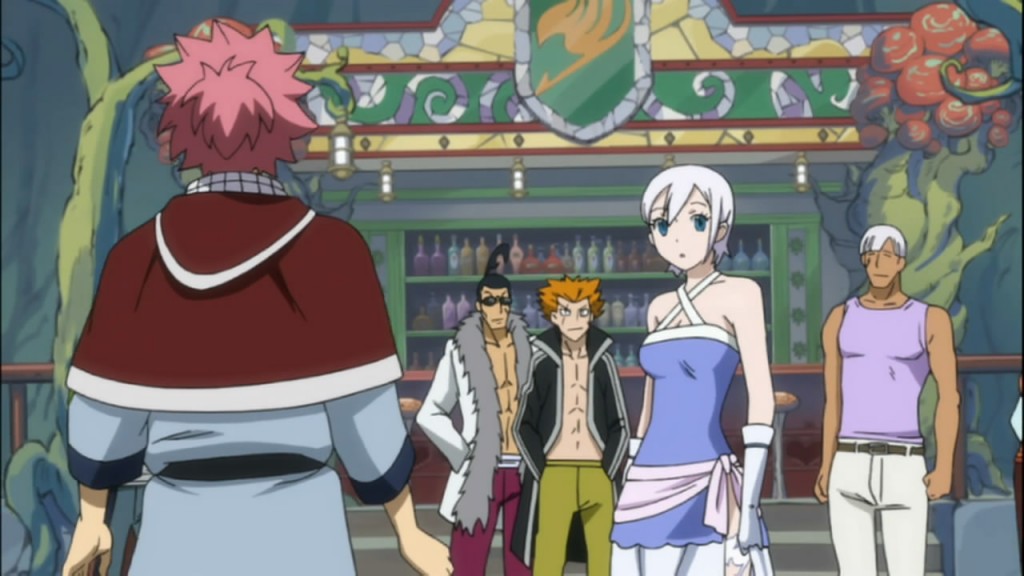 If anything, it seems that E-Natsu and E-Lucy are a lot closer instead.

I think its interesting to note that not everyone is totally different. Mirajane is still the same, nice person as her Earthland counterpart. This leads me to believe that the changes in Edolas are mostly brought forward by the lack of magic, and how that effected the world and its history.

Obviously, since there was a lack of magic, Gray never had to suffer through the tragedy of losing his family and then being trained under Ul and then consequently losing her as well. Hence, the Gray we have here is less damaged, more nice and doesn’t have a stripping problem. Juvia also didn’t have the problem of scaring everyone because of her water powers.

Lucy may have not lost her mother, or had such a terrible childhood. Mira never went dark, and Elfman never manned up, because Lisanna never died. I”m assuming Lisanna and Natsu never interacted on the same level either, probably because Natsu was either never raised  by Dragons, or was just generally a nice guy. I mean, this reaction says it all: 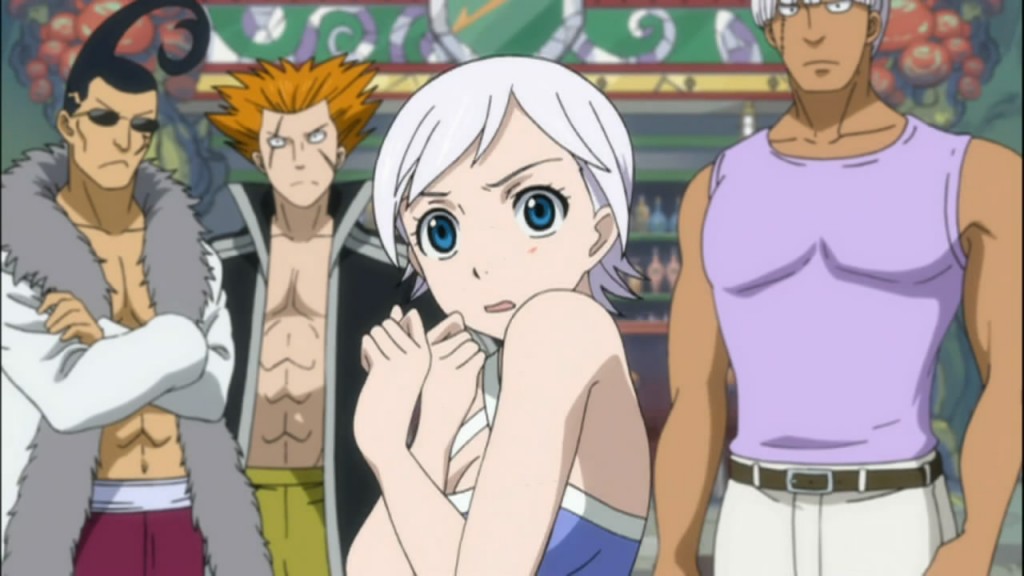 The scene where Natsu saw Lisanna, and then all those memories, was a powerful moment. It also keyed us into why the grave was being focused on so much in the other episodes before this. I’m not sure if the Lisanna of Edolas will really mean much to Natsu, given that she isn’t the Lisanna that he failed to protect and lost.

That aside, seeing alternate Wendy, who’s not only an adult, but pretty much not very nice, leads me to believe that she probably didn’t go through her tough times either. I do want to really see alternate Natsu now. I really want to see just how different he is, and how strong/weak he is.

If anything, its kind of interesting seeing Edolas Lucy (E-Lucy for short) being strong enough to beat up Earthland Natsu and scare the hell out of him.

The other major reveal, even if it was a bit predictable at this point, was that Alternate Erza was actually NOT one of the good guys: 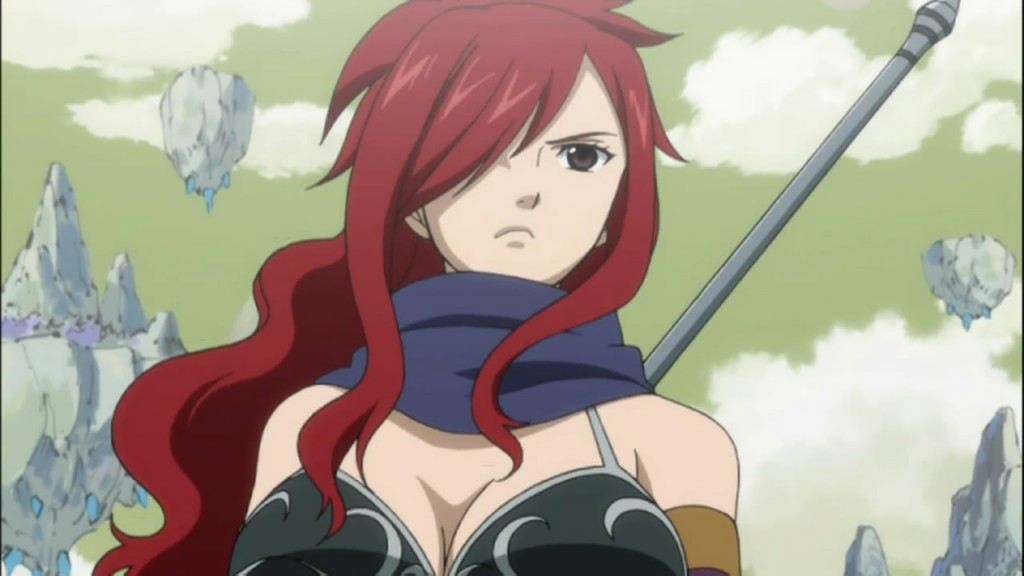 Its rather interesting to note that Erza is actually still what Erza would generally be, a stickler following the rules. Except this time, she’s hunting Fairy Tail on the King’s orders. To make maters more interesting, Fairy Tail is actually a “Dark Guild/Undeground Guild”.

Its totally believable that Fairy Tail would be the one resistive force in a world where Guilds were outlawed and abolished. It is interesting that no one can really take on Erza, and that Erza is constantly playing a game of Cat and mouse with Fairy Tail. If anything, I like the idea of Erza as an obstacle or villain.

I always felt that Fairy Tail has always had a very strong team on their side. With E-Erza (Edolas Erza) one of the enemies, it definitely evens up the playing feild.

I kinda shuddered at the fact that E-Erza had no qualms about the other world’s Fairy Tail being turned into  a Lacrima, as long as it  served her world. I definitely don’t like this world’s Erza.

I will say, that not a lot happened in terms of plot progression this episode, but the current status quo of Edolas has been established. Its all about how Natsu and the current Fairy Tail work to fix the problem between both worlds from now on. It’ll definitely be interesting as Natsu and the E-FairyTail take on the King of Edolas and Erza.

Can’t wait for next week!

Gajeel makes a return? Natsu and E-Lucy head out and… the return of the Earthland Lucy? ZOMG! NEXT WEEK GUYS! =D