I’ve got to hand it to this series, its pretty consistent in the level of quality it provides. This is definitely one the stronger slice of life Anime series I’ve seen in a while. This episode also had a number of touching moments, along with some good old love drama to sweeten the deal.

The episode opened up with Jintan actually going to school. I see that he still thinks that Menma is his illusion, and I’m beginning to wonder what she is exactly. Its interesting that Poppo actually saw someone that resembled Menma as well, and it doesn’t seem to be the Menma that hangs around Jintan. I’m wondering if everyone has their own Menma visiting them or something? Its too soon to tell.

Its pretty hard for an illusion to make muffins though, especially when Jintan was OUTSIDE the house. Speaking of that, lets get back to the school part for a second. It was definitely pretty evident that Jintan was having trouble actually going to school. Its definitely classic Hikikomori syndrome at work here. I found the exchange between him and Anjou interesting, and a bit painful too. Her bitch friends appeared again, and ended up ruining the mood. 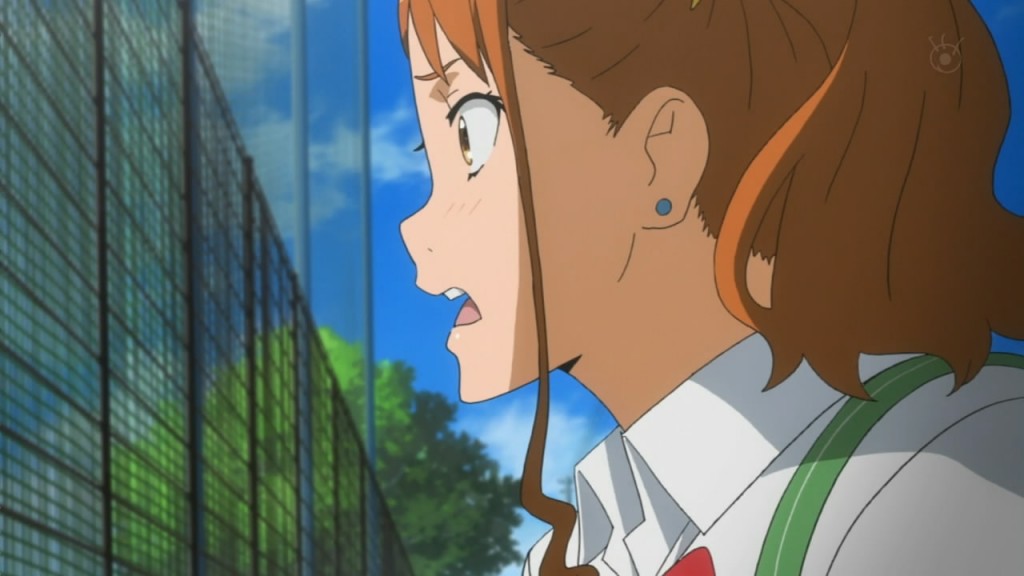 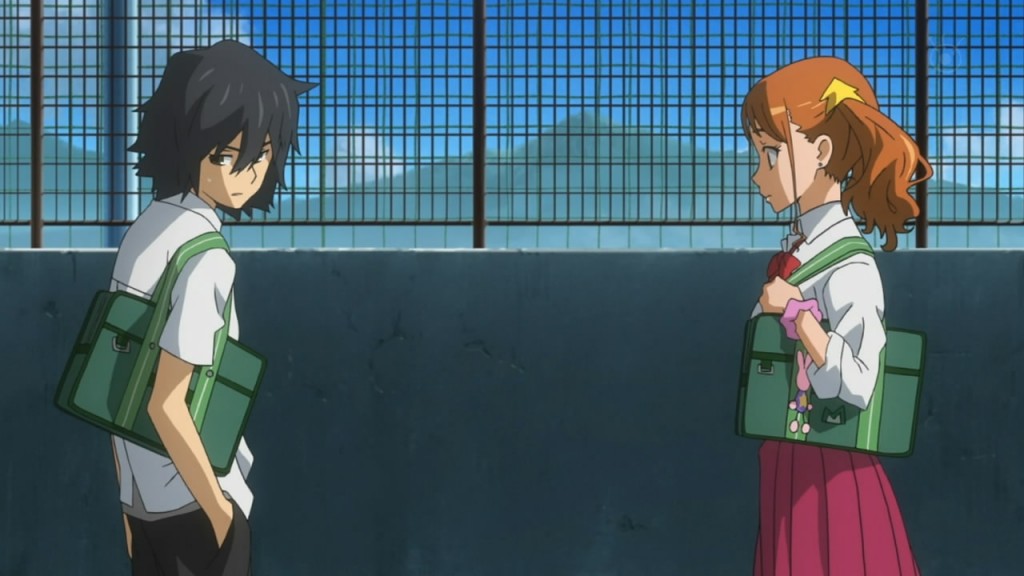 Darn it… And just when things seem to be going so well!

It definitely hurt Jintan as well, as Anjou ended up saying that she wouldn’t be interested in a guy like him. It was ironic, as this was exactly what Jintan had done all those years to Menma. Except, obviously Jintan didn’t take it as well as Menma did, and ended up leaving and didn’t head to school.

After Jintan met with Poppo and headed home, he got to see Muffins that Menma had made. That too was probably from what she remembered of Jintan’s mother, who also died. The scene where Menma, dead herself, actually talked to Jintan’s dead mother was… Very moving indeed: 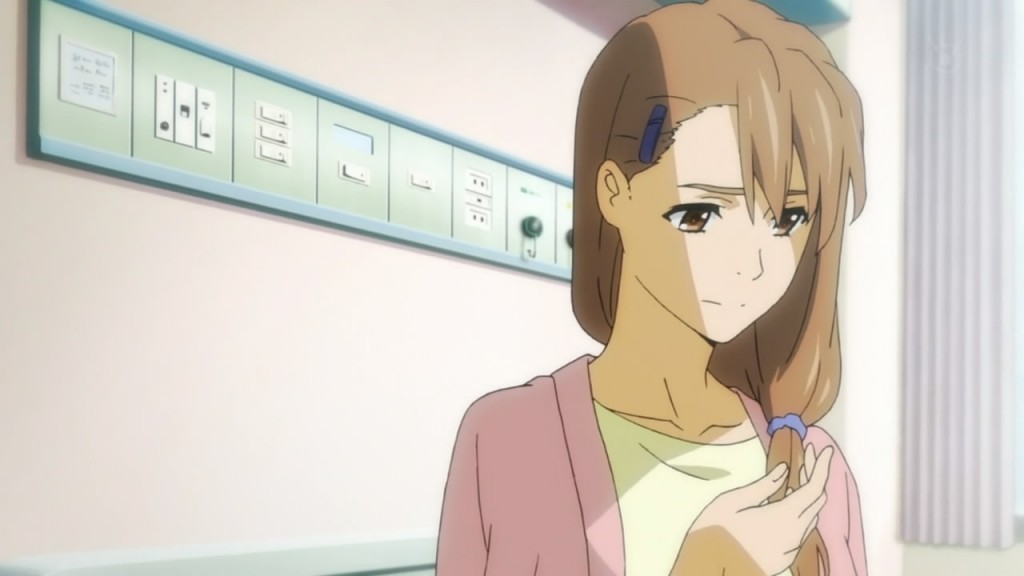 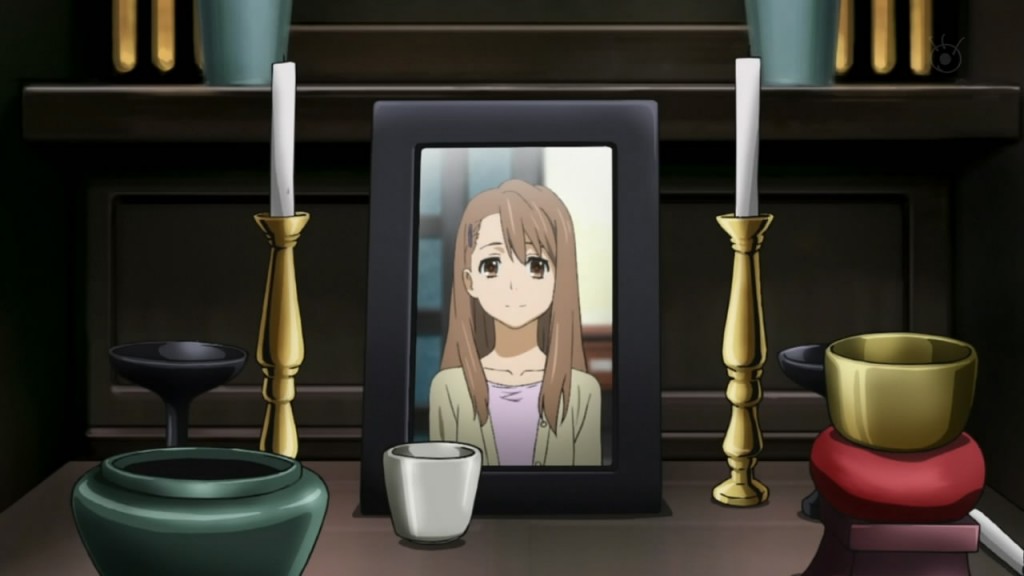 Memories of a dear Mother…

It was interesting to see Jintan had actually pushed his mother away in his pain at seeing her grow sicker. It definitely was sad, and that’s just another bunch of guilt that Jintan probably has been carrying around. No wonder the poor guy has become a Hikikomori, he’s had quite a bit of trauma in his childhood. I wonder if the Ghost that Poppo actually saw was reall Jintan’s mother? Its all very mysterious, but it could really have happened. I dunno, I’m just throwing stuff out there at this point.

The big thing this episode was the BBQ. The entire gang ended up coming and assembling, even the creepy Yukiatsu did XD I was rather impressed by the last few moments, and finding out that Yukiatsu had “seen” Menma was an interesting revelation. Now, whether he can see the actual Menma that Jintan sees, or if he’s just believing in the idea of Menma still being there, are two different things. It remains to be seen if anyone can actually see Menma, and if she is actually there.

The messing around with our heads about the true nature of Menma is definitely interesting. Just when I figured this whole matter was resolved, they’ve thrown another curve ball at us. All in all, with the group kind of back together, I’m interested to see where the show goes from here, and what Menma’s actual wish is.

Also, gotta comment on Anjou and her whole wearing a one peice white dress. It looked GOOD! And I’m pretty sure Jintan agreed: 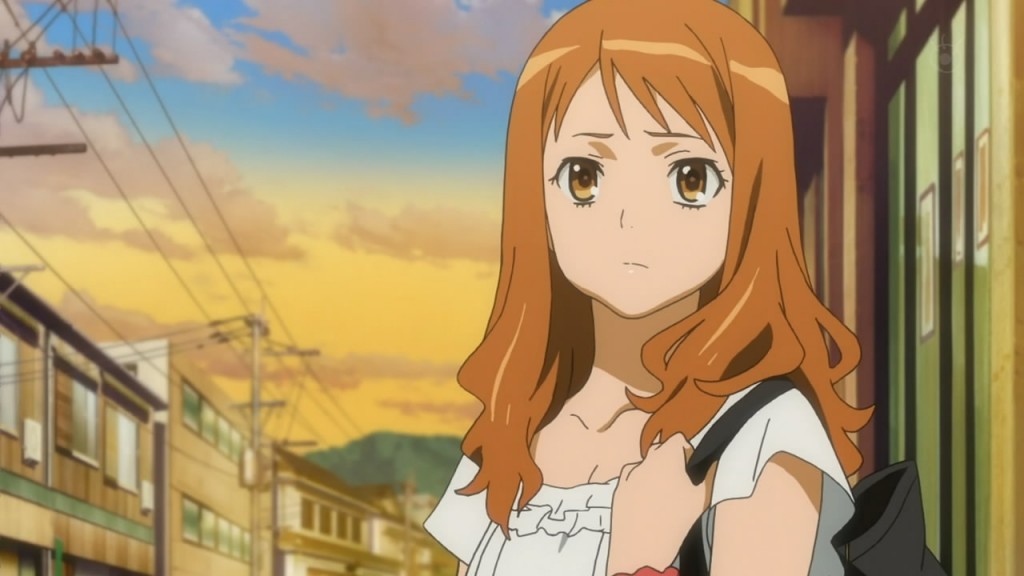 I seriously hope Jintan and Ajou hit it off, the feelings are definitely mutual! And that folks, is all! I cannot wait for next week!

Seems like things are going to progress on the Yukiatsu and Tsuruko fronts! NEXT WEEK BABY! =D