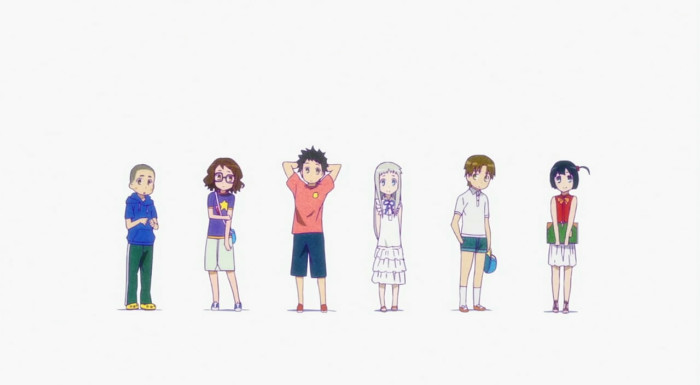 Ano Hi Mita Hana no Namae o Bokutachi wa Mada Shirani…. is one hell of a long name XD. That was probably the first thing that came to everyone’s mind when they saw the title for this show. It roughly translates to something along the lines of “The Flower whose Name we still don’t remember”

Long name aside, I had really no idea going into this series what I was going into. The basic synopsis said something about a guy getting all his friends together at the request of one of his friends. Sounds pretty lame and boring right? Well, it would be, if that was all this series was about.

Thankfully, this series had a really awesome punch. Jinta, the guy who’s going to eventually gather his friends together, is actually a hikkikomori/shut-in, and the girl who asks him to gather his friends together is actually his dead childhood friend, Menma. Of course, the show reveals this near the end of the episode and the way it builds up to it and makes you really get close to and care for Menma… is beyond awesome.

The thing I love about Ano Hi Mita Hana no Namae (That’s as long as I’m gonna get when I mention that name!) is that the very basic plot is very guessable. By about half the episode, you’ll guess that Menma is actually dead. The cool thing is how they reveal it and how the emotional moments really pack a hell of a punch.

The first part, was definitely when we’re going back to the flash back of Jintan and Menma’s childhood. One of their friends ask the big question of whether Jinta likes Menma. Being put on the spot, Jinta does what any elementary school kid would do, he denies it while simultaneously dissing Menma. Its worth noting that he DOES actually like Menma, which is very apparent. Its the typical child, tsundere moment, and its very believable. Of course, what really steals the show, is Jinta’s narration of what he expected, and what he actually got: 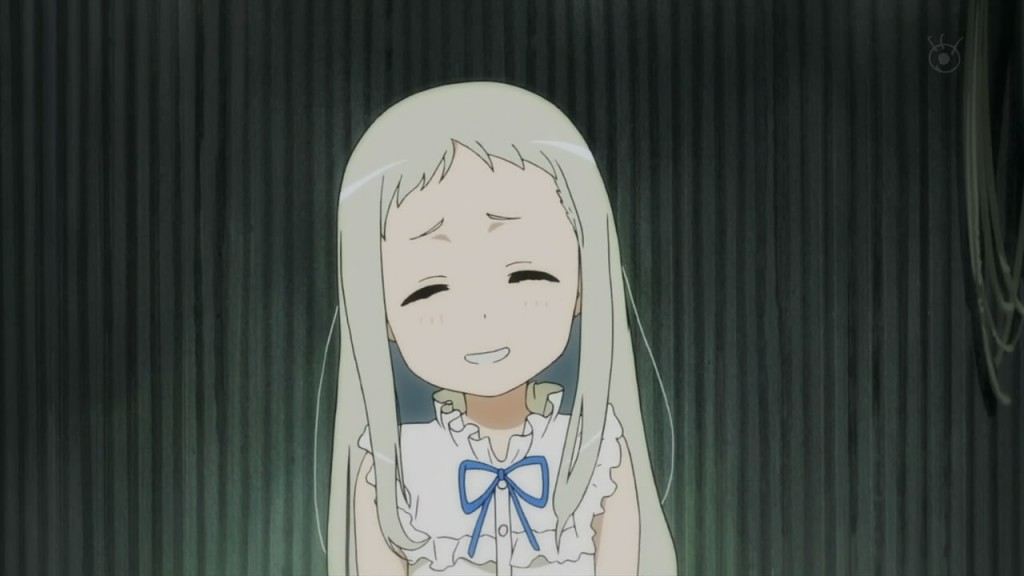 Jinta: That smile… Tore at my heart…

I think Jinta is the one who puts it best, that smile does really tear your heart. If it was a normal little girl, she’d probably get mad and start crying or run off. Menma? She actually manages a smile, even when the boy who she’s probably very close and has feelings for (puppy love feelings, but still…) just called her ugly.

Its quite the impressive moment, and the story only gets better and more emotional. We learn that Jinta intended to apologize to Menma the next day, but said next day never comes. Its obvious that Menma dies, and cleverly, the anime doesn’t reveal HOW she died. That’s definitely going to be a big reveal that we now REALLY care about.

THAT, is masterful storytelling. The basic idea is simple and you can see it coming a mile away. The anime is aware of this, and it gracefully gives you a very believable story but leaves out the best bit. It uses its rather superb characters to really drive the moment home and make you care for the moment. You REALLY really feel bad for Jinta and Menma, especially given that they were really just kids at the time.

Now, at that point  I really thought that Menma might actually be a figment of Jintan’s imagination (I kind of shrugged off the whole Anaru shoulder thing as a coincidence) but then of course, Menma seperates from Jintan  and goes back to her own house. This, is where the series definitely made me teary eyed.

The part where Menma sees her mother still grieving for her, and the part where she says that she knows that she’s dead while having tears in her eyes, well its just…. powerful: 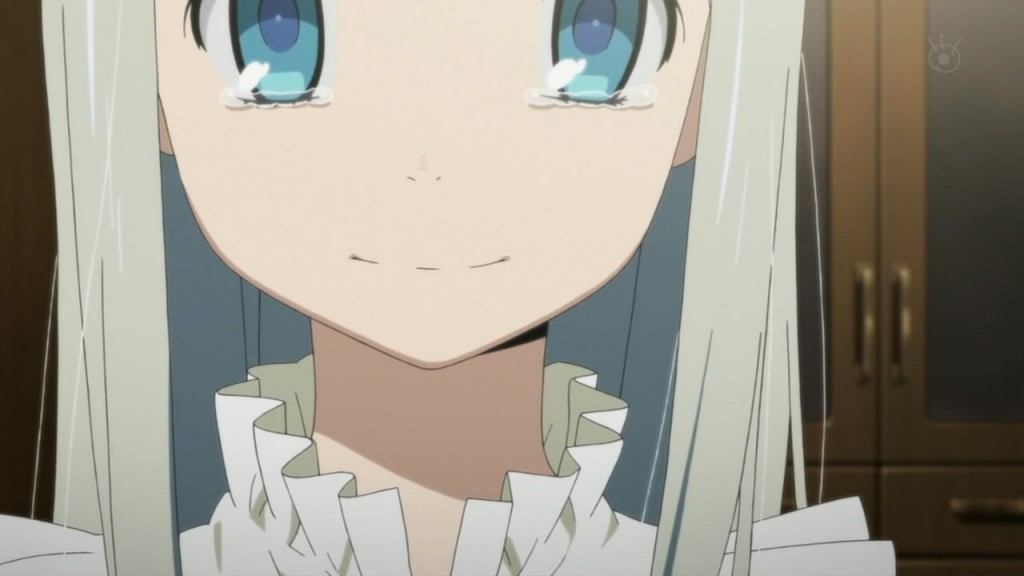 Yeah, that scene, just sold me. This series is the emotional slice of life anime that I’ve been craving for a few years. Not since True Tears and Kimi Ga Nozomou Ein did I feel this  much emmotion. What is awesome about this series, and what sets it apart from other powerful shows, is that none of the characters are really… detestable. I actually find myself really loving the characters.

Of course, there was more than just Menma this episode. We also are introduced to all the friends that Jintan is obviously going to get together. One of which, is Anaru. Its obvious that Anaru is clearly in love with Jintan and has been from the get go. At first, I was pretty much ready to write her off as a Tsundere. Of course, Anaru is more than that, and she actually has a really nice and kind side to her. She’s not totally Tsundere and definitely not as annoying as some of the other Tsundere characters I’ve seen in anime. 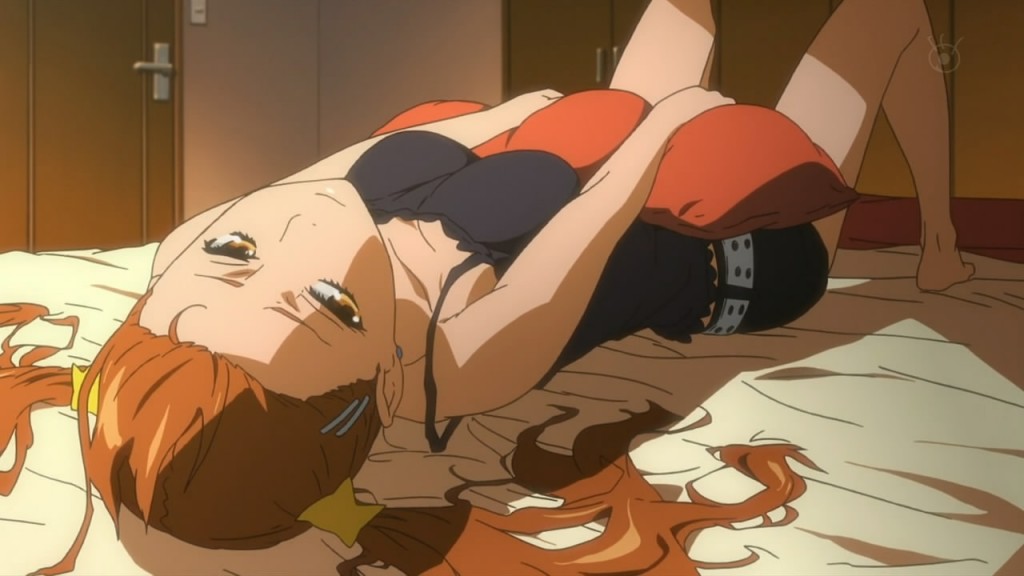 I am definitely rooting for the Jintan x Anaru pairing, although I’d be just as fine with a Jintan x Menma pairing. Its pretty obvious though, from all the foreshadowing, that Menma is not coming back from the dead, even if she IS a ghost. 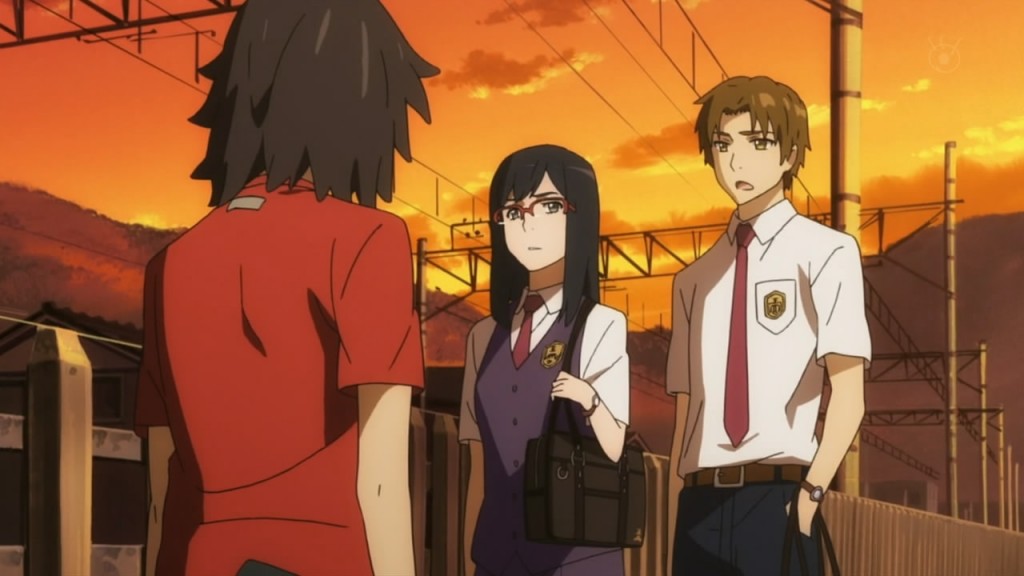 Beyond Anaru, we are introduced to the stuck up Yukiatsu and the ice queen Tsuruko. Its actually quite clear that Yukiatsu always had an inferiority complex, mostly because Jintan was the leader of their childhood friends and that Menma liked him. This makes the whole thing quite interesting, as it seems like there’s a love triangle brewing. But wait? Tsuruko might actually like Yukiatsu…

Love Quad? Yep. So its interesting how both Anaru and Tsuruko had the guys they liked, liking Menma…. This is definitely epic win in the romantics department. 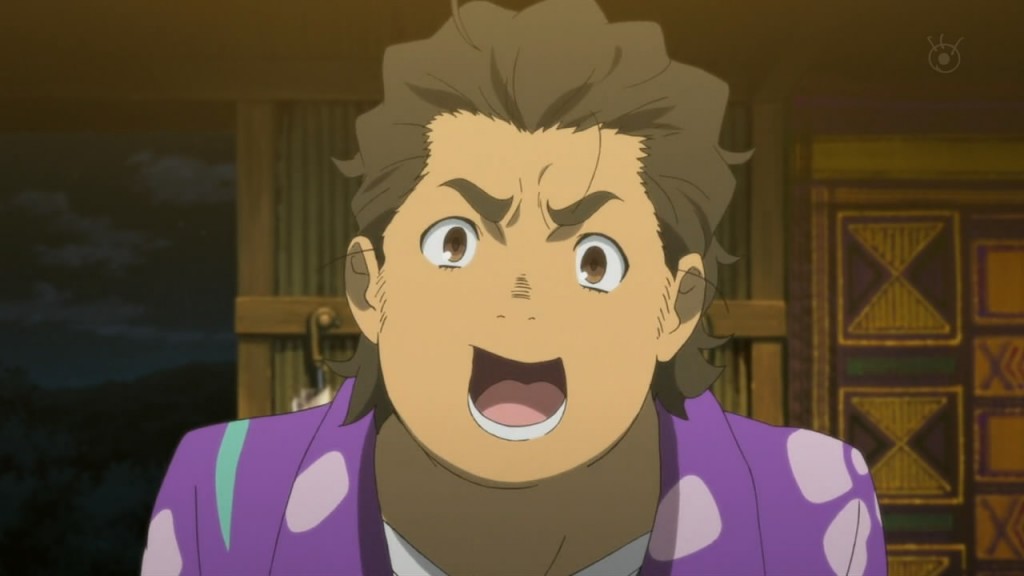 With all that said and done, we finally meet, Poppo. Definitely the most likeable of the cast after Menma, its interesting to see him fat, tall and riding a bike when his childhood version was the exact opposite. The episode ends with Jintan saying that he’s glad the the time that had stopped moving (after losing Menma) had started to move again.

Overall? Hell Yes I recommend this to the Sky!…. Errr… Ummm… Yeah. This show is awesome. Watch it, enjoy it and love it. Its definitely one of the best slice of life shows to come out in a huge while. I’m going to give out my uber rare… S grade for this show’s first episode. It really is an accomplishment in storytelling, one that will be probably unrivaled in a  long while!