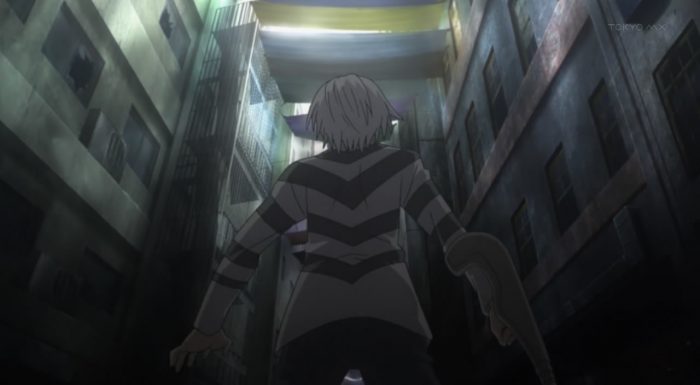 Another decent episode. With only one more episode left, it seems like Index Season II is going to go out with a whimper rather than a bang. Given how “impressed” I was with the last 2 episodes, this episode really didn’t do much to set the mood straight.

The status quo has obviously changed, as Academy City and the Roman Catholic Church are about to go to war. We also have Accelerator now working for Alastair. All very interesting stuff for sure. At the same time, I really feel like we’re just been kept from the real story, and the real events, which will take place once the war actually does kick off.

This episode really felt… odd. It wasn’t exactly a “cool off” from all the intense stuff that happened episode, and it wasn’t a dark episode either, as we got that little party/high school scene in there. So the feeling for this episode was kind of all over the place.

The first part of the episode was probably the most interesting, with Alastair drafting Accelerator, and us also learning that it was Frog-Sensei who saved Alastair at some point.  The bit about Vento and the Roman Catholic Church and their plan to take down Academy City was also some interesting stuff.

Then… things kinda got off track, and we got some high school moments with Touma, Fukiyose and Himigami… I love the high school humor as much as the next guy, and Touma’s little unintentional bra “snap off” was kind of funny, along with Fukiyose saying she had a “forward strap” bra XD but it really didnt’ feel like the time or the place honestly XD

If anything, I’m interested in what the story has presented for probably next time. The idea of Science versus magic is a really interesting one, one that definitely gets me excited for the possibilities. But at the end of it all, I can’t help but feel that we really haven’t had much plot progression since Season 1.

This season has largely felt like a continuation of Season 1, rather than an actual sequel or story that moved the plot around. We got introduced to a slew of new characters, and we have a HUGE cast of them assembled now. The main conflict has also been established….

The fact that this took two series, spaced years apart from one another, is what seriously baffles me. I honestly feel like this season should have been bundeled with Season 1 and then we should’ve been waiting for a Season 2 that actually picked off where this season is going to likely end.

Its kind of sad that we have such an epic battle about to begin, yet we’re going to see Touma and Accelerator dealing with a small, in house issue like the Skillout.

Hopefully we’ll get a Season 3, and if we do (probably a few years from now), hopefully it’ll really kick things off.

Until then, we have one more episode to look forward to, after which, we say bye bye to the very interesting world of Index and its various characters.

Misaka Mikoto’s mom gets caught up in things, Touma and Accelerator meet again and there’s the Skillouts to deal with. Look forward to the Season Finale next week!