So with about a month gone by since my last Index post, another arc has concluded in the second season. Instead of my usual pattern of giving summary key points and then diving into what I thought about the episode, I’m going to cut to the chase and just directly talk about the arc as a whole.

First things first, I’ll admit that I’m a big fan of Toaru Majutsu no Index. I loved the first season, I enjoyed Railgun, only because it kinda gave me something before Index II came out. Then Index II came out, and I was pretty much jumping for joy. Now 13 episodes later… I feel nothing short of disappointed.

The adaption for Index has been abysmal at best. Nothing too interesting has happened. The adaption has actually been hard to follow for me, more or less because the Anime has been skipping various details to cut down the size. Now, editing things for the sake of making it more easy on the viewers is okay, but its sure as hell NOT okay when the actual story starts getting confusing and therefore dull.

I remember Touma being a preachy guy, and one that did the classic: “I want everyone to be happy”. But you know what? His speeches, long and preachy as they were, MADE SENSE. Touma was a smart, if somewhat of an idealist, and half of those speeches of his showed that he believed in something and had an outlook on life. He’d often point out that all these twisted and complicated ideologies that his enemies had ensnared themselves into were a result of over complicating things. He’d UNDERSTAND the overcomplicated stuff, and then simplify it. Then he’d go a step farther, He’d prove his point by actually putting his fists and actions where his words were and practically proving them. That was Season 1 though…

Season 2, I get to see stuff like this, which just instantly makes me want to bash my head into the nearest wall: 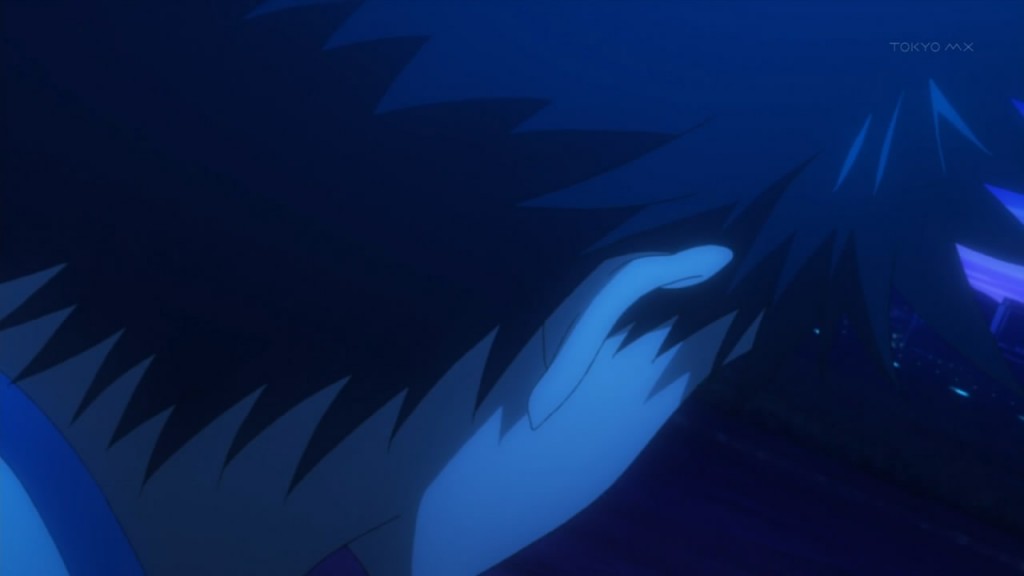 WHAT? I mean putting aside the fact that he’s used this line before in the last arc… I seriously seriously don’t get how Oriana’s goal was that complicated. She wanted people to NOT have different perspectives and just have one unified ideal! That is fucked up in more ways than one. The old Touma, the Touma of season 1 would’ve torn this kind of stupid argument to shreds! He would’ve used worlds alone to make Oriana look like an idiot.

What does Touma do though? He harks on about how she’s letting others decide for her, which is kinda obvious. He mentions that she ruined the Festival… Big boo Hoo!I doubt Oriana even cares about a Festival being held in friggin ACADEMY CITY that she wants the Roman Church to take over anyway.

What makes this whole thing more unbearable is that Oriana is actually shown having DOUBTS in episodes 10 and 11. She wonders if this whole unification of ideals is really the way to make everyone happy. All Touma had to do was simply STATE that people’s free will being taken away is going to make them into mindless drones, and therefore the concept of happiness would be an Illusion. An illusion is what Touma destroys right?

Well Touma did nothing more than chase Oriana around the entire time, when she was nothing more than a decoy. He got his friends in danger, and was unable to protect them. Then when he faced off Oriana, it became a simple: “Stand up, don’t fall” thing. He got up and then proceeded to punch her in the face.

Now this whole punching women in the face thing was entertaining the first few times… Now its just getting plain friggin old. Its not funny, its not entertaining, it just makes Touma look like a brute. A brute who CANNOT justify his ideals, and then goes on to just punch his way to victory.

That was hardly the character that I respected, admired and rooted for back in Season 1. It feels like someone from J.C Staff’s writing team just made a formulla for how Touma is going to behave, and is applying it to every friggin situation. The result is a lack of variation and its killing any depth Touma’s character had at all.

And this time… even Touma punching his way out of a situation didn’t work. From what it seems like, Touma got himself owned by Oriana being the decoy, and then was saved by frigging fireworks that were supposed to go off anyway. So the whole point of Touma even doing any of this was… rendered moot.

I did see Touma use his cellphone to do something, but from what I could tell, he was checking the schedule for the fireworks, rather than anything else. If he did actually do something like reschedule them early or something, it surely wasn’t explained in the final episode of the arc.

Now those are all story related complaints, and sadly for Index Season II, you can find those a dime a dozen. What makes it rather sad is the Seiyuu performances, the Animation, the Art Direction, everything else is spot on GREAT! I really wish J.C Staff would put a bit of the budget into hiring some better writers. Its not something to expect from them either. J.C Staff are the guys on a roll these days, doing so many adaptions and doing them well! Yet its sad to see this lack of attention to Index.

As you can probably tell from my long rant there, I wasn’t a particular fan of this arc in the end. It started off great, had some great potential… and then slid off the tight rope and fell into the pits of “stupid”. To me, Index II really is starting to lose the core elements that made Index I and even Railgun quite enjoyable to me. Touma is looking like a moron, the resolutions and solutions to the problems he encounters are mediocre.

With about the first half of the series done, I really do hope that the second half fixes these issues, and we at least get half a series of good, explosive and interesting story. I really hope Index doesn’t end up slowly shifting itself into the background.

There is hope for the future, what with hints about Touma’s role as some sort of “key” and Aleister actually considering taking part in events himself. There was also the sad reminder that the Angelican Church isn’t all that nice either, killing an innocent pilot in that whole plane scene. I’m hopeful, hopeful that Index is going to provide a second half that will make me feel bad for this post.

Index and Touma head to Italy to meet… Orsala and the Amakusu. Look forward to that, next week!