In a plethora of Anime series that have crafted epic characters, enigmatic worlds and masterful stories, comes a small show called Letter Bee, with a beautifully simple concept and amazing execution. Letter Bee isn’t a show about saving the world, and nor is about some elaborate plot to harm the world. Its a simple story with realistic characters that have their own motivations, beliefs and dreams, in a world where hardship is common place. 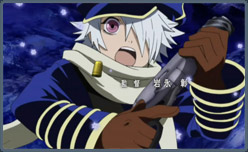 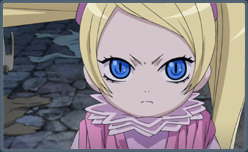 The story of the series revolves around Lag Seeing, a young man who meets a Letter Bee named Gauche Suede, who delivers him safely as a “letter”. Impressed with Gauche Suede’s dedication and great kind heart, Lag decides to become a Letter Bee much like the man he looks up to, and deliver letters, in a world filled with “Gaichuu” mechanical insect like monsters that roam the lands and eat people’s hearts. At its very essence, Letter Bee is about Lag following in the footsteps of Gauche, who himself aimed to become the Head Bee, the best Letter Bee in the world.

As the series progresses, Lag grows into a fine character, with his own beliefs and ideals and his own way of going about things, all while trying to find out what happened to the person that he looked up to so much. Its a simple story of a person chasing behind the man he looks upto and trying to become like him. The entire first season, beautifully sets up the stage for Lag to go from annoying little kid, to the main character and assume the role of the hero.

The issues and problems that Lag faces, with all the people whose letters he delivers and nice and heartwarming stories in themselves. Padded into those stories, is the back story of Suede, and what might have happened to him, which Lag slowly pieces together throughout the series. While the progress Lag makes is minimal at first, he finally makes some progress, and so ends the series on one of the most interesting of cliffhangers.

In this story of progression and evolution of a young boy towards the man he wants to become, are small side stories of other characters who have suffered through difficult times in their life, and are going through and trying to make it through their own pains and toward their own dreams. These side plotlines of each of the supporting characters, are just as impressive and impactful as the main theme of the story. 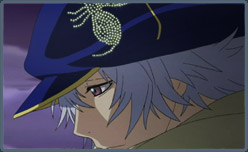 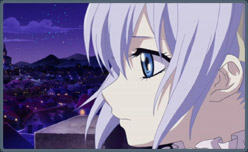 The story of Letter Bee while impressive, isn’t that original and unique in its conception. Every part of the plot and characters, has been done before in some form or another by some other anime or manga. What does make Letter Bee so amazing is how masterfully the story is told and how human and deep all the characters in the series are. If there was ever a series that one would watch for the characters, this would be it. Everything that takes place in this series is for its characters, who grow, mature and experience each event. The marvel, interest and intrigue of the series is found in these moments.

At the same time, this is a slowly paced, relaxing show. Its not meant to be gripping, too overly exciting or intense. If one were to describe it, one would call its a calm, slow exploration, rather than a thrilling adventure. Fans of intense, fast paced shows will quickly find themselves bored.

While the pacing will not sit well with everyone, one thing that the series does do rather impressively, even more so than its characters and story, is to form a very believable world for the viewer to dive into. The whole system of Letter bees, a desert ridden, barren world where insect like monsters roam around, and the social system and hierarchy that the series is establish is beautifully done and very immersive, made possible by some very impressive art direction.

The Art direction in this series, is hands down amazing, and beyond that, very unique. Everything from the color pallet chosen for it, to the art style to the backgrounds, everything forms together in a beautiful and enchanting package. Indeed, the art and the animation are both exceedingly beautiful and elegant. While the art style is nothing new or ground breaking, the use of color and effects, along with the smooth, silky animation in this show, is what definitely sets it apart from most series. Indeed, this is a show to be experienced in full HD, anything less would be doing it a great injustice.

The voice work and music are also stellar, matching up with the amazing visuals. The music has a nice, clam, lullaby type feel, with a score that really tugs on your heart strings. While the series definitely has its share of emotional moments, it also has a grand sense of calm throughout, and these dramatic shifts in mood are made possible by great composing of the music. The characters also get their added depth by the great work of the seiyuu (voice actors), with even the likes of famous ones like Jun Fukuyama lending their talents. 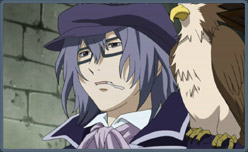 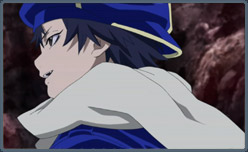 All in all, if there was a way to describe Letter Bee, it would the small, cute little series that has a lot more than it initially lets on, and that beautifully captures your attention and heart through its story, character and masterful visuals, animation and music. While the slow pace, and the sometimes relaxing story isn’t for everyone, anyone willing to take their time with this series will be rewarded with a grand time, and this only being the first of two seasons. The cliffhanger near the end definitely makes season 2 an eagerly anticipate series, and one that we here at Anime Evo anxiously await. We award this series with a B+.