Ecchi fan-service shows are perhaps, one of the most common things you’ll find in the anime industry these days. Adding to the already immense clutter was this past season’s Ladies versus Butlers! show. The latest show by XEBEC, who are famous for pushing the boundaries of ecchi and fan-service to the extreme, with shows like Kanokon and Mnemosyne to their credit. 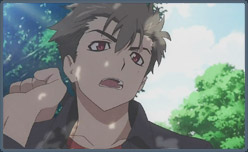 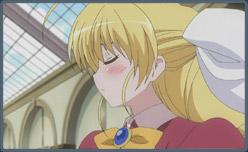 Thankfully, Ladies versus Butlers! isn’t an extremely horrible show. Its not exceedingly impressive either  though. and something that only the most hardcore anime fans or the most bored anime fans will watch. The first thing that anyone watching the show will notice is the excessive (or gracious?) amounts of nudity. Mostly all the characters are female in this show, and mostly all of them are almost fully nude for large durations in any given episode. Once one wades through that though, they’ll actually a find a decent show underneath. While, nothing monumental, the series will at least entertain those watching it till it ends.

At its core, the show is a typical ecchi show. Two rich girls are into the same guy and compete over his affections. It’s a generic story, and like many shows of its type, it doesn’t reach a solid conclusion by the end of its 12 episode run. Its also set in a school that basically has rich women and their maids/butlers study in the same school, so you’ll have the common events such as Summer Vacation, The Sports Festival, a costume ball and what not. The story is best not taken seriously, as its just a bunch of excuses to have the audience view a plethora of panty shots, nude shots and accidental grope shots. What the show does have, on the other hand, that makes it slightly less generic and prevents it from being flat out horrible, is the three main characters.

The main characters, while not the most unique or original you’ll ever see in a show like this, are different enough to intrigue and lift the experience up by a bit. Most notably, the main character is , for a change, not a complete wuss. Akiharu is more of along the lines of a shounen main character like Ichigo from Bleach, with a bit of To Love Ru’s Ryuuto’s accidental grope ability thrown in. It’s odd seeing a confident, slightly ruffian type of character in a fan-service show, and it works quite well. The two main girls, are also a bit of a break from the norm, especially Tomomi, a new type of female lead who is outwardly nice but turns out to be quite the mischievous evil mastermind from underneath. The other main female, Selenia, is a bit of a miss rather than a hit, mainly because of her “drill” like hairstyle, which the show relies a bit too much on to make some of its jokes. 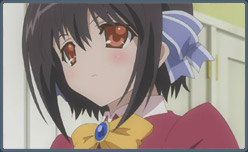 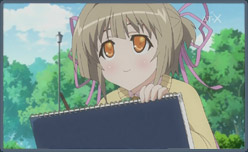 A big problem with the show, beyond the fact that it mostly has generic, traditional characters beyond the three main characters, is the fact that Selenia isn’t as different from the general tsundere (arrogant, can’t admit to her feelings) female lead, and her whole hairstyle does lead to some comedic moments, but it largely serves to make her seem like a joke. It is easier, therefore, to side with Tomomi, the more different and generally better of the two characters, both in looks and personality. In a show that centers on the conflict between these two girls over the man they are interested in, both females need to be at the top of their game, and somewhat desirable.

The animation in the show is generally good, but since this is an ecchi & comedy, there’s not a lot of complex animation involved anyway. Most of the time is spent on nude bath scenes or general cloth changing scenes anyway, and even for the most desperate of anime watchers, its better to just head on over and watch Hentai than to waste your time with this kind of stuff. That said, the animation is pretty consistent and good, though its hardly something to write home about, nor does it help elevate any of the shows more serious problems (Story being the major one).

The art is of the same style, as XEBEC’s last big ecchi effort, Kanokon. Girls and guys definitely look younger and more childlike,  added to the fact that there are full fledge, traditional loli characters in there too, and the art style is really hit or miss. For those of us, who’ve seen enough loli styled characters from a huge amount of other anime or manga, it’ll hardly seem weird. The art is, again, decent and consistent, although most character designs are fairly cookie cutter and generic. There’s nothing really bad about the art, but like mostly everything else in this show sans the main characters, it really doesn’t stand out at all.

The OST is pretty cheerful and chipper, and works quite well with the tone of the show. It’s nothing that anyone who’s seen an ecchi show hasn’t heard before, so those comfortable with the genre will feel right at home with the music. The voice acting, is pretty solid, and of the anime industry standard. There isn’t really any voice that really comes off as bad or stingy, and while again, it doesn’t really help the show stand out, it at least, keeps it from having any more problems. 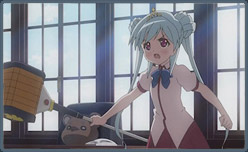 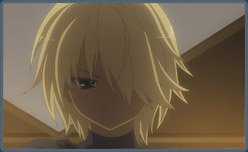 At the end of the day, Ladies versus Butlers! is nothing overly special, even though it tries a bit with three somewhat different lead characters. Its a show that’s probably worth watching if you’re bored, and have nothing better to watch. Hardcore anime fans, especially those who’ve seen a lot of the ecchi, fan-service shows will definitely get a kick out of some of the jokes, and will definitely find something or the other that at least remotely keeps them interested. Everyone else? There’s nothing really special to miss, so its better to just give this a pass. We give it a C Grade.