Gintama is the 201 episode anime series based on the currently ongoing Shounen Jump Manga by Mangaka “Hideaki Sorachi”. Featuring comedy that is yet to be matched, as well as a good dose of action, and even inspiration from real Japanese history, Gintama was a very beloved series by fans for the four years that it ran for. 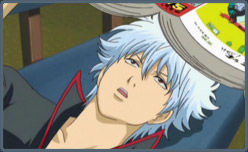 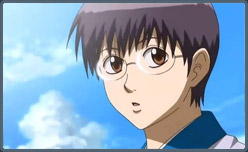 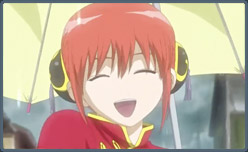 As a series, its difficult to classify Gintama as a comedy or an action show or a parody show. Throughout its run, Gintama has had quite a few parody episodes, most of them exceedingly hilarious to those who can get the jokes. Gintama has great humor, but its reserved for those who know a lot about anime, Japanese culture, movies and have a heavy stomach. The humor ranges  from parody, to downright silly to extremely crude, to even the breaking of the fourth of wall, there’s a lot for those looking for a good laugh from a light hearted show. Gintama’s humor has different levels, the lowest being the silly slap stick and the highest being satire on the current cliche’ and trends of anime and manga.

The comedy in the show is like nothing you’ve seen before, but what’s interesting though, is Gintama actually has superb action stories and arcs, on the rare occasion when they do pop up. The action, while rare, is also extremely well done, with emotionally gripping and heart tugging stories to back it  up. One wonders how Gintama would have been if it was just a serious show, as the serious bits are fantastic and provide the high points of the series, even if the comedy is good most of the time.

The plot of the series, from what we’ve seen is pretty darn impressive. It tells the tale of Gintoki Sataka, a samurai who attempts to live in a world where Earth has been taken over by The Amanto (Aliens) as a Yoruzuya (A person who does odd jobs). He meets Shinpachi, the son of a now deceased Samurai, and Kagura, an Amanto part of the Yato Clan, a monstrous clan that lives only to fight and conquer. Together they go through a variety of adventures and meet a lot of people along the way, form friendships, bonds and even ruin a few days here and there.

If anything, the biggest draw of the show, and one that draws all that give it a chance, are its characters. Gintama has some of the best and most unique characters in a show. There are a lot of characters in this show, and as it progresses the series just  keeps on giving and giving in terms of memorable characters. Needless to say, if you  can’t love the characters of this show, there’s something definitely wrong with you.

Its also worth talking about the world of Gintama, which is an interesting blend of Fuedal Japan, and a Futuristic sci-fi story. What really is impressive is how Gintama carves out a unique identity for its universe and how it really does feel like Star Wars meets Kenshin. Littered with memorable locales and places, the world of Gintama is yet another of the series strong draws.

The production values for this show, animated and produced by Sunrise, are very well done. While there is the splurge of the production budget on the more better arcs, the animators, writers and voice actors do an expert job of making even the most meagerly animated scenes become interesting and intriguing. The animation and art are of the standard you expect from Sunrise, although at times the art and animation does take a nose dive  but it’s a stylistic choice than an actual lapse in the animation. 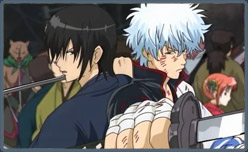 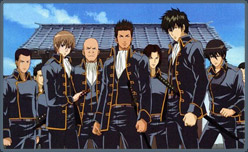 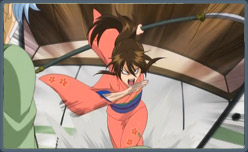 Particular props need to be given to the Seiyuu (Voice Actors) as they work exceptionally hard to make the anime interesting. At times they have nothing more than a still image, with their voices alone to carry the entire show on their shoulders. And carry the burden they do, and do a very good job.

Naturally when one discusses sound, one is concerned with the music of a series as well. The music and OST varies a lot, from decent to amazing stuff. Some of the OP and ED themes are worth buying an OST disc for, while others are best listened to and forgotten soon after. The general score for the series is pretty great, with good music complimenting each scene, whether its a comedy or tragedy. The music, in general, is a big part of what makes the production of this show so impressive.

From all the praise, it may seem like Gintama is a perfect show that everyone needs to watch. It is not, however, as perfect as it may seem from this review. The ratio of good to bad episodes is uneven, and some of the humor is really a hit or miss in the early parts of the series. On top of this issue, this is another show that manages to keep you hooked for two hundred and one episodes, and then leaves you hanging as the manga continues to chug forward. Of course, it has been confirmed by Sunrise and the series Director that Giintama will return after a bit of time (probably when the manga is significantly far ahead) but viewers will be frustrated to see the anime end rather so abruptly, if even temporarily.

For diehard fans of anime, who’ve seen a lot of shows or grown up drowned in entertainment, the parody and references that this show makes will be amazing. The casual watcher, however, will wonder what all the fuss is about. For those who love action, and emotional stories, the only real complaint is that there just isn’t enough of it as there is comedy and funny moments. Gintama is unbalanced, and some episodes can be downright lame, but more often than not, it shines and makes you wonder how stuff like this was ever even aired on television!

Gintama is a rare breed, its a rare show that does too many things, and tends to focus on one aspect at a time, whether its intense action or funny comedy, and more often than  not, it does a  decent job. There are episodes in this show that will make you fall on the floor, laughing your head off. There are episodes that will make you cry and episodes that will make you cheer for Gintoki and the gang as they take down the baddies. Gintama is a series that can be best described as a wild beast. It does what it wants, how it wants, and in a rash, rough way, and sometimes it gives a good smack, and sometimes it just fumbles over its wild rage. 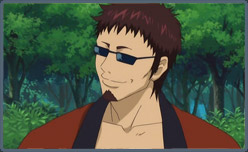 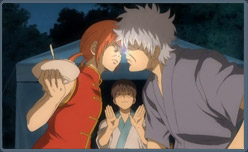 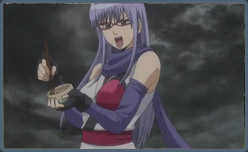 Is Gintama worth recommending? Yes it is. Only the real passionate and patient of anime fans should watch it though. You need to have a good amount of understanding of anime and japanese culture (which you get from watching anime anyway XD), and you have to deal with the fact that the anime goes through a lot of the manga (32  volumes) . A lot of the important stuff is rarely touched on, and mostly nothing major happens in the grand scheme of thing, rather a lot of memorable characters are introduced and smaller but memorable adventures happen. We award Gintama with a B+, even if it is an impressive and very clever series for hardcore anime fans, its just not something for everyone. With a second season now airing, it’ll be worth seeing how Gintama as a whole ends up being.