Magic and Science, two opposite sides of the spectrum in terms of fiction. Rarely do stories of any kind attempt to combine the two, and when they do, the results are almost always less than favorable. Along comes Toaru Majutsu No Index (A Certain Magical Index), an anime series that ventures into dangerous territory, setting itself in a world where both magic and sci-fi go hand in. 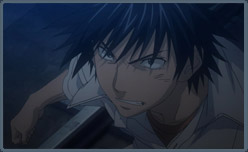 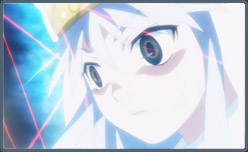 The story features an esper named Kamijo Touma. Living in the scientifically advanced Academy City, where espers much like himself are found about, He runs into Index. Index is a young girl who has all the ancient magic books from across time stored in her, and together they go on various adventures while facing against both Magicians and espers. Touma is no regular esper though, regarded as Level 0, thought to be the weakest, Touma’s ability is in his right hand and called the Imagine Breaker. The Imagine Breaker can cancel all forms of power, be it esper, magic or even his own good luck (leading to some funny comedy moments). That’s the basic plot in a nutshell, of course, Toaru Majutsu no Index is much more than that.

Like any entertaining show, the meat of the series is in its plot, characters and the world where the events of the story take place. The plot for Toaru Majutsu No Index, is very well done for the most part. There’s a sense of a much larger epic in the works, and the individual smaller arcs do a great job of providing an entertaining introduction to a ton of concepts and characters. Whether its intense action scenes, magical attacks, or just great laughs, the show provides it all, and does it well. With all the flash, there is one issue that a few viewers will run into, which is that the entire show serves as an introduction of sorts for all the major characters. Each of the arcs in the show are beyond interesting and entertaining, but all the way up to the end, the story is introducing its characters and acquainting us with the world. A lot of the overreaching plot points aren’t really concluded at all, which can be quite frustrating, provided there’s no second season. Given the quality of the first season though, it’s not beyond hope and we will hopefully get a direct sequel to the series eventually (There’s a bunch of lightnovels left on which the series is based on). For those who feel like they can’t get enough of Touma and co, there’s also a spinoff series revolving around one of the side characters called To Aru Kagaku Railgun (A Certain Scientific Railgun). 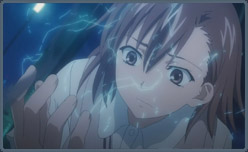 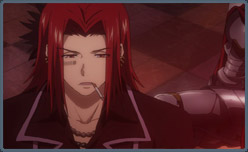 All in all, the plot serves to introduce the various characters, and it would all be for naught if this well scripted plot didn’t have good characters to introduce. The characters are definitely the highlight of the show. Touma himself, is an interesting and unique main character. He’s relatable but above all, believable and interestingly original at the same time. Certain people will compare him to Bleach’s Ichigo, but there’s enough of a difference between the two to have Touma stand beside the Shounen giant. Index, though, is a bit hit or miss, being the loli, semi-tsundere, semi-little brat girl, a bit of a twist on the cliche character, and it works at times. Index is never really focused on to a great degree in the series beyond her first opening arc, and it largely is for the best. She’s never really ignored either, just she takes a step back as other characters take the spot light. Misaka Mikoto and Kukoro are two other very interesting characters who serve in Academy city’s disciplinary committee and have gained enough popularity among fans to get their spinoff series. There’s tons of other magicians, espers and side characters that appear in the show and they’re all unique and have a good deal of depth. The characters in this show are definitely one of it’s strongest draws. 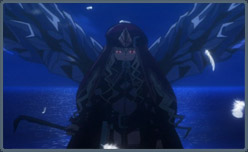 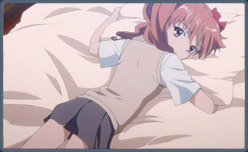 Perhaps the strongest draw of all that the show has, is in the world is slowly crafts and creates. It expertly creates the two factions of magic and science and how they oppose and balance each other. Characters who are espers or magicians fit nicely into the world. Academy city itself is very well drawn and animated, giving its unique and distinct feel at both night and during the day. The way everything makes sense, and how you slowly piece together the rules of the Toaru universe as each arc progresses, is perhaps one of the most effective things the show does. Its one of those worlds that you’d like to live in (as perhaps an esper or a magician).

Another big draw of the show is in it’s battle scenes, where Touma basically battles a variety of magicians and espers. The scenes are well crafted, with a good deal of logic behind each one, which makes for some very interesting ways in which Touma beats every opponent he faces, while figuring the trick to their powers and how to cancel them out. It’s the logical, explanation based battle stuff that anime in general has been made famous for. There’s a good deal of Shounen esque stuff in here, but its not too over the top and the emphasis and focus is on the story at all times. 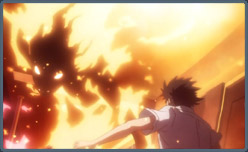 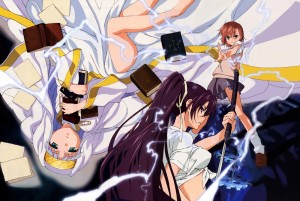 The action scenes are also beautifully animated. The special effects for each power/magic are very jaw dropping and pretty to look at. The way the characters move around and attack is very believable and well animated. It’s to JC Staff’s credit for managing the animation budget so well, the show rarely has any low points in its animation.

The art style for the show is typical JC Staff stuff, seen a lot in their Shakugan No Shana series, and it works great with the show. Character designs are nice and crisp, and the age of the characters is clearly distinguishable, a feat that’s hard to accomplish in this particular art style. As mentioned earlier, the world comes to life by some of the best background art seen in the anime industry. The technologically advanced Academy City is very believable, and half of it is because of how well the artwork behind it is.

Complementing the impressive art and animation, is a musical score that only adds to the intense moments in the show. Along with the two very strong OP/ED themes, the show’s voice actors do a splendid job in their roles. No complaints in the sound department, its all spot on stuff! 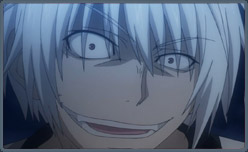 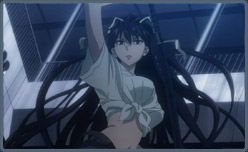 All in all, Toaru Majutsu no Index is a big favorite at Anime Evo. Its got an interesting and novel concept, its got an immersive world and a believable yet intriguing cast of characters. While it doesn’t really conclude the story, we’re hopeful it will get a second season after the side story series concludes, anything to the contrary would simply be a crime. It gets a well deserved A Grade, and falls just short of that A+ for the unfinished story. We cannot recommend this anime enough though!