Rumors of a second season to the beloved but somewhat lacking Darker Than BLACK  were abound for what seemed like forever. When the announcement was finally made, many fans of the previous series, as well as those who were just wondering how the story ended, wet their lips in delight at the idea of actually having Darker THAN Black’s story continue. Whether you were one who liked it or one who was profoundly annoyed by the lackluster ending of the first series, there was one thing that the original series shined for, and that was creating a unique and engaging world and universe for the franchise. 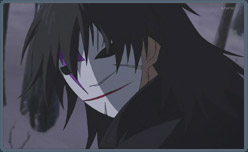 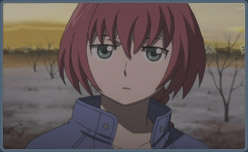 Darker Than BLACK: Ryuusei no Gemini had a lot of things to fix, as well as to maintain the things that made the first series so engaging. In many ways, DTB2 is a much stronger and focused series than its predecessor but at the same time, it still stumbles on the same major issue at the very end.

Darker than BLACK 2 actually focuses on Sou, a young girl turned contractor, who’s family is quite tied to the events of the gates and even Hei and Yin. Unlike the first series, a new, younger and definitely more unique female character takes the focus and spotlight. There’s a good deal of Hei for all the Hei fans, but the direction Studio BONES decided on for the second season was different, and definitely for the better.

Unlike the first series, the episodes and story are not random, and actually flow well together in an overreaching story throughout the series. Almost no time is wasted on any unnecessary bits, a problem that the first series was plagued with heavily. The story almost begins immediately in the first episode which make for a very tight, roller coaster esque’ ride throughout the series.  What’s impressive is that the series manages to totally overhaul the random, arc based story telling methods of the previous series, and it still manages to keep the feel and atmosphere that the first established.

Perhaps the only flaw with the story, is once again, in the ending. It is not known whether DTB was originally planned as a longer series, but it apparently does seem so. While most of Sou’s story is concluded in the series, some of the back-story and more major plot points for the franchise as a whole, are left out. The ending is nice, emotional and strong, but it feels like it came too soon and thus, feels a bit rushed. The last few episodes pick up the tempo a bit too fast, and while one has to give BONES credit for making their story so streamlined and thrilling, it falls just a bit short of being perfect.

It is important to note, that there are a few DVD only episodes that will be showing some of the back-story, which release in late January 2010. This echoes the idea of BONES having to really shorten the second season to fit into the 12 episodes when the story was obviously much larger and more ambitious than the time frame it was supposed to be delivered in. It’s a problem that’s plagued the Darker than BLACK franchise as a whole and needs a bit of addressing. 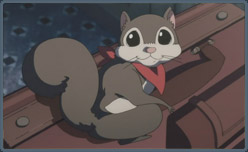 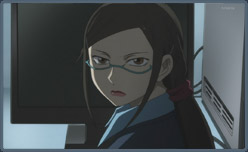 While the plot wasn’t a big drawing point of the first series, the characters and the world were. The second series does much to keep that intact. It adds a bunch of new characters and develops them thoroughly enough, while not ever really forgetting about its old characters either. It was pretty ambitious to add and keep so much from the first series, and it thankfully, works quite well.

Most of the characters have some manner of a conclusion at the end of the series, and Sou herself has her story resolved and exits the stage. The more major characters, such as series Protagonist Hei, or series heroine Misaki Kirahara still have a lot more left before their stories end, hopefully will be told in future series/seasons.

The production values for the series are top notch, as is expected of a BONES show. BONES does an expert job of keeping the animation quality consistently great throughout the series. Contractor powers are animated beautifully, and the animation just generally shines all the way through, making for a top notch and high quality animated show.

The artwork for the series still maintains its style from the previous series, and is just as effective. The new characters are interesting, imaginative and not too over the top. Hei in particular, has aged well and believably since his first outing, and the character designs reflect it quite well. All in all, its great to see some originality and uniqueness from an anime that’s been made from the ground up (no manga it was adapted from).

The music is also spot on. The opening and ending themes in particular, are just as memorable as those of the first series. The overall background music and score does well to contribute to the important (and even the not so important moments) of the series. 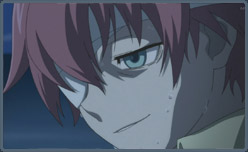 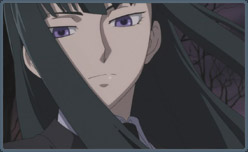 All in all, Darker than BLACK 2 is a very successful series, and a rare breed in the anime industry today. In this day and age, when manga adaptions pretty much make the bulk of the industry’s offering, Darker Than BLACK 2: Ryuusei no Gemini comes in, improves heavily on its predecessor and mostly hits all the right notes. A more conclusive ending would have been welcome, but assuming there will be future seasons in the franchise, it’s not a huge thing to hold against the series.