If there’s one genre that has an abundant amount of titles in it’s favor, it’s the “High School Romance” genre in anime. Every once in a while, we’ll have this anime that tries to be a bit different and take an interesting spin on the already overcrowded amount of titles that come out for this genre. School Days is the lastest thing to attempt to “be different” and add an extremely twisted story to the common High school drama. 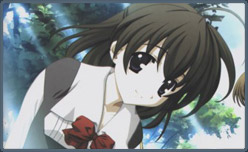 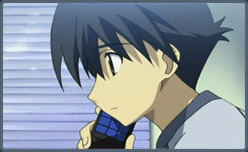 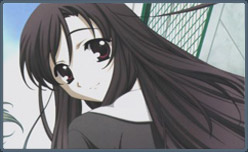 School Days is actually based on the very popular H-game of the same name, that’s famous for it’s gorific and tragic endings and killer story. It’s also a very huge game that has a lot of animated cutscenes. That being said, everyone knew it’d only be a matter of time before a real anime incarnation was born. Born it was, in the form of a 12 episode series with great art, high production values and an intense aniticipation from anyone who’d ever heard the name “School Days”. How did the anime fare in response to the expectations of the game’s fans and general anime watchers?

It actually failed on a number of different levels. School Days is a dissapointing, short and rushed 12 episode series. It feels rushed in some places and quite stupid at others.

The story is a general love triangle between the three main characters, of the anime, Itou Makoto (The guy) and the two girls Sayonji Sekai and Katsura Konohona. There’s nothing really all that impressive in the first few episodes of the story. Makoto is a guy who doesn’t have enough confidence to profess his love for the girl he likes, and hence gets some help from his “female” best friend benefactor. The plot shifts in a weird direction later, as we see Makoto transform into what can only be called the “ultimate asshole”. It’s here that the plot seems so weird. Half the anime is spent enforcing one major element of the story, that is Makoto veering away from the girl he supposedly loved and going for his desires instead.

The viewer is shown again and again how one character, who’s perhaps the only “nice” and likeable character in the entire anime, gets picked on and tortured by everyone else. Just when you think the anime’s made it’s point, it keeps going a step farther. This actually gets annoying and while it does stir up a large amount of hate for most of the characters that are the guilty party, it’s worthless. A man is unfaithful… and an ass to the girl who tries so hard to get close to him. He then proceeds to be an even more cheap person, manipulating every girl that may have ever come across him.

The entire story is just silly and stupid. It starts okay, goes towards a plausible direction, and then just “overdoes” it and makes everything seem overly dramatic and stupid. Most of the characters seem like they’re either drunk or doing drugs since half the things they do lack even the most basic common sense. Most characters have the same basic foundation, they appear to be “something” on the outside, and are something else on the inside. Whether’s the cheery Sekai who seems to be a selfless person but is actually quite selfish, or the strong willed and bossy otome who’s actually a weak girl that just wants to be loved.

Most of the events that happen in School Days are just a result of the characters acting extremely stupid and reacting in extremely abnormal ways to a situation. The story’s ending itself is just lame and has no point to it. The whole thing seems like a bad dream that you have and wake up to, only to laugh at stupid it was.

The ending is unexpected for sure. It’s a really sudden and scary shift from the anime’s general feel, as it goes from depressive to down right “horrific” but this ending just seems very out of place, probably because it happens so suddenly. The characters aren’t given enough “time” to develop their urges to do what they do, and it just feels like the whole thing was rushed. It can be considered a blessing though, since the anime would have REALLY become an annoying drag had it gone on any longer. 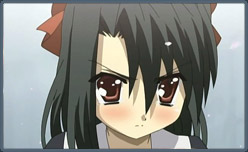 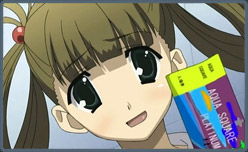 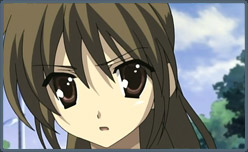 The plot and story are the extremely dissapointing bits about this series. The pacing is majorly messed up, the story is just silly, and the ending, while shocking, isn’t all that amazing either. The story is just so obnoxious, unbelieveable and overdramatic that it gets annoying instead of even mildly entertaining.

School Days does do one thing right though, it really rills up your emotion for some of the characters. You really do feel extremely sorry for one of them, and you feel like choking the idiots that are nothing short of bad. The characters are well defined, standard issue characters. For the most part, they react to a situation like they should, until the last few episodes where everything just falls apart both in terms of the characters lives and the anime itself. The characters are kids, but they’re also complete idiots that lack any form of common sense, conscience and just persue what they want without any regard for morals.

A character or two being selfish and wanting to only get what they want? Understandable… But the WHOLE freaking cast? It just refuses to make any form of sense, and just makes every character all the more forgetable. The only memorable character is perhaps the main character, who will forever be hailed as the “biggest bastard” to be featured in an anime.

The story aside, School Days has excellent production values. The art is top notch. All the characters are very well and uniquely designed. The backgrounds, locales and places where each situation and event occurs are just so well designed and thought out. The whole art and the high amount of effort that’s been put into it (As well as the designs taken from the game obviously) really help this anime become an extremely immersive experiance.

The animation is a sight to behold as well. It’s not 3D or CGI, but it’s just one of the best standard styles of animation you can find to date. Each episode has been worked to a great amount, and each scene is extremely well crafted and animated (Even if it is uber silly and unbelievable). All in all, the animation and art are one of the high points of the series.

The soundtrack is pretty decent, and does a good job of keeping up with the anime’s situations and everything. There isn’t a lot of intense music in this anime, and it’s more or less about dialogues and interactions, but mostly, the songs present and the music is pretty good. It’s not something you’ll be talking about for ages, but the music does what it’s supposed to, and quite well at that.

All in all, School Days is just one major dissapointment. It had the potential be so much, with a game that has mutliple endings and very freaky ones at that, School Days could’ve opted for a Higurashi No Naku Koroni approach, and done mutliple versions of the same events. It just does everything in an extremely rushed manner, pretty much kills a lot of the depth of it’s characters and quickly goes for a gorey ending that’s shocking but really out of place. 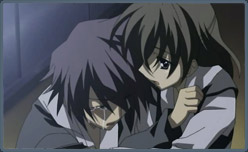 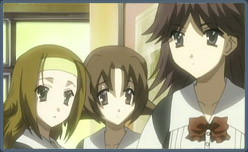 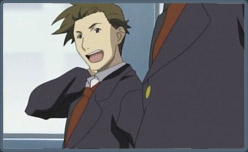 Unless you’re really into soap opera level drama, and love that sort of thing with a touch of “queer” and “gore”, pass this one up, it’s really not entertaining and a waste of time.