Unless you’ve been under a rock for the last few years, you’ve at the very least heard of the awesome anime that is Code Geass. A direct sequel to Code Geass: Lelouch of the Rebellion, Code Geass R2 picks up approximately a year after the events of the first season. With such an exceptionally well done first season, it’s obvious that expectations from R2 were through the roof.

Was Season 2 as good as Season 1? Was it even better? Or was it a complete disaster? The answer to all those questions is a flat “No”.  Code Geass R2 is an exceptional anime; it’s well done, and provides a solid conclusion to a phenomenal story of the Geass series. Unlike its predecessor season, however, Code Geass R2 is not without faults. (For anyone who hasn’t seen Geass Season 1, we strongly suggest that you not read ahead at all and watch that first) 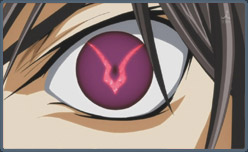 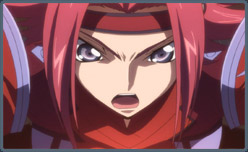 Code Geass R2 continues the tale of Lelouch and his crusade to exact revenge on his father and recreate the world into a much better place (After destroying it). Code Geass R2 features a superb story. The series’ highlights have always been the plot twists and surprises that it’s delivered along with the superb story, and not it’s action or mecha elements. Season 2 goes a step further in everything Code Geass Season 1 did while making a few mistakes along the way.

Unlike last season, every episode ends on an impressive cliffhanger. Each episode provides some major shocks and you can pretty much expect a twist (or two) at the end. What’s so impressive is the simple fact that each of these plot-twists are beyond impressive. The story twists and turns so much and yet remains exciting, impressive and interesting throughout, and THAT is no small accomplishment.

Much akin to the first season, each of Code Geass R2’s episodes are worthy of being considered important. Not one episode is meaningless or “extra”. The entire series is a tightly packed, content heavy package. The story does take some rather unprecedented turns, and one may argue that some of these twists actually hurt the anime a bit, and we believe they do.

Code Geass R2 goes a bit overboard in being extremely dramatic, and the results aren’t always favorable. As a week by week show, Geass R2 has done well. For anyone who’s going to watch this show together as one package, however, it will probably be somewhat confusing and draining because of all the plot twists and complexity. Code Geass R2 is a show for those who DO NOT mind mind boggling plots, because it has one of the most complex plots seen to date.

The characters in this season do not fail to please. Each character is done and handled very well. Most of the cast of characters consists of characters from Season 1, and each character’s return is handled with impressive care. The evolution of each character is very visible and apparent in the series, and another thing that Code Geass does so well is not change or upset the basic fundamentals of its characters while giving them such altering and life changing roles. 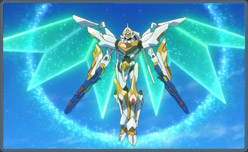 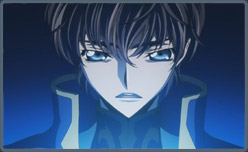 The new characters are just as good, and some are very memorable. Rollo, as an example, is a new character in Geass that will annoy most people to a point, after which he will gain respect beyond what anyone could have ever imagined for him. Many characters are introduced, but some are underused at times, and that can be considered one of the show’s flaws.

Some characters, like the Knights of Rounds, do not get enough screen time. The Knight of One, who is supposed to be the empire’s strongest warrior, is downplayed quite a bit as well. Some characters appear in one episode, only to vanish from the plot entirely in the next, their roles fulfilled. It does seem odd at times, and while Code Geass has MANY impressive characters, it does not (and probably could not) do justice to all of them.

Of course, the only real stinging flaw of Code Geass R2 is its pacing. This is something that Season 1 did masterfully. It paced each episode perfectly, making sure there was enough content in each episode that it seemed chunky and meaty enough, while not going too overboard with information either. Geass R2 doesn’t make an episode feel empty, it just makes it feel congested. This, in particular, can be felt in the last few episodes, where the plot feels rushed.  Some small subplot points are never even fully resolved, which can annoy quite a bit when you look at the series in retrospect.

The small subplots are sacrificed for the overall story, and while it DOES work, we can’t say that it wouldn’t have been a bad idea to split Season 2 into two seasons, and expand on some of the other subplots a bit. The pacing isn’t horrible, it’s just a bit too fast for comfort. This doesn’t ruin the show of course, but it does prevent it from being a perfect series like Season 1.

Code Geass R2 has an amazing and unpredictable story, complete with an impressive and conclusive ending. The ending is one of the best seen to date in anime. Anime like Tengen Toppa Gurren lagan, Full Metal Alchemist e.t.c, the best of the best, cannot top this ending. It’s classy, open ended, and very conclusive.
So… While it does have some pacing issues, and while in SOME small parts there are some unbelievable events and tidbits that do stick out, overall Code Geass R2 delivers a story and conclusion that’s some of the best seen to date.

On the Artistic side, Code Geass R2 does not disappoint either. Clamp once again provides it’s impressive character designs, and Sunrise does exceptionally well with their area of expertise, mecha designs. The mech battles, the action, the animation are all exceedingly well done.  Rarely does the animation quality drop, and when it DOES, it’s so unnoticeable and cleverly covered up that you barely notice. Props to Sunrise for a job well done in the animation department. Everything in the show, from the animation or artistic side is near perfect. 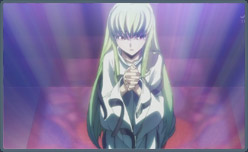 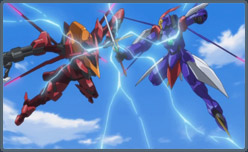 The Sound department doesn’t lag behind either, having one hell of an OST. The OST is impressive, and really well utilized for each and every event that occurs in the anime. The story is great an all, even plot twists are impressive, but they really come to life with the impressive music that sets the mood for each scene. The opening themes are also very good, particularly the first one, done by Orange Road. The Ending themes are alright, but definitely not as memorable as Season 1’s.

Jun Fukuyama and the rest of the voice actors also do an AMAZING job all the way through the show. The voice acting is beyond impressive, and even though it’s in Japanese, as English speaking viewers, we were still blown away. The show’s characters wouldn’t be half as amazing without their talented voice actors in control of their voices.

All in all, Code Geass R2 is an amazing show. It’s VERY well done, but it’s not perfect. Some flaws do stick out, and at times, some parts of it DO feel rushed, but at the end of the day, Code Geass R2 stands in the hall of fame as one of the best anime to date, right behind it’s exceptional first season. We give Code Geass R2 an A Grade.