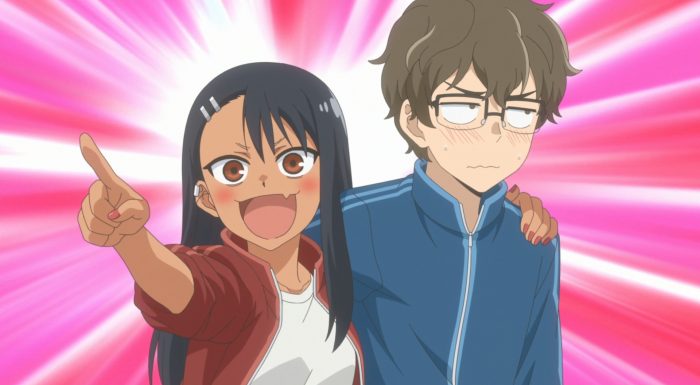 The scheduling situation for Nagatoro is creating one interesting benefit. It is satisfying my desire to see what is going to happen next for this show. I presume the releases will settle into a “every Saturday” pattern from here on out, but it’s been kind of interesting to have more Nagatoro than usual in a shorter period. That’s all the truer with how good the start of the season has been. This episode had a lot of nice little moments and just kept pushing things forward. It’s transitioning from just a kouhai that is teasing her senpai a lot to a young couple that is not quite ready to admit to the growing feelings between them. It’s moving in a sweet direction while retaining the cute teasing that this show can nail when at its best. 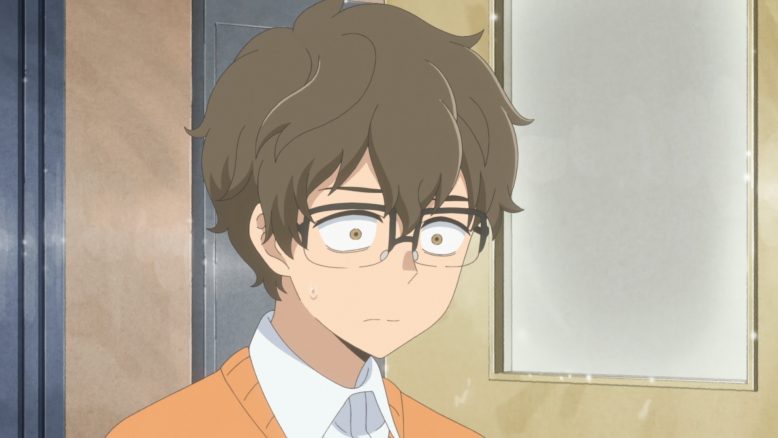 Moments of realization can be useful

I love the “oh my god” moment for Naoto when he realizes that he doesn’t know Nagatoro’s first name. They’ve been through quite a bit already in the series, but it’s just never come up. The most he has is the nickname her friends use. They’ve been on dates (though he might not see them as such) and have gone through a lot together. But that kind of basic information just hasn’t been communicated between them. Just calling her Nagatoro has probably been the limit that he could handle anyways.

One thing I love about this second season so far is the character growth. The realization from Naoto has been great. He’s recognized that he wants to be more proactive and that he should be able to do more. And this episode hit him with the reality that he doesn’t know a lot about Nagatoro. He doesn’t know what class she’s in or what her first name is. She’s such an influence on his life, but he’s never thought to ask about her. 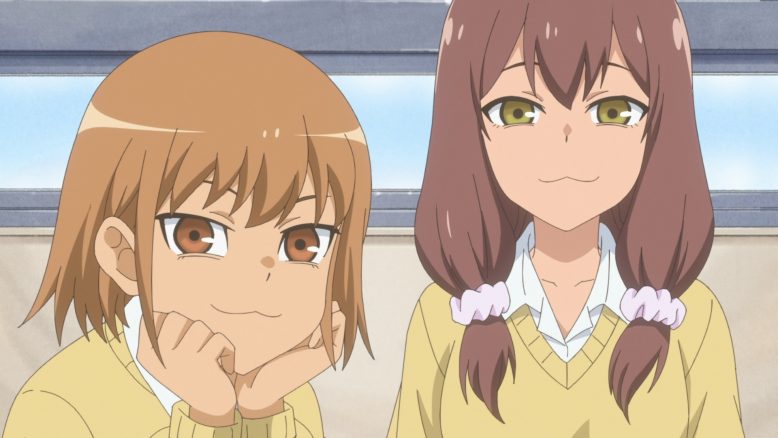 It is nice to see other side characters

A simple scene of Naoto returning Nagatoro’s phone allowed for a lot of fun little situations. It’s amazing how this guy managed to put himself in that locker. Events just kept unfolding and before he knew it…he was in a tricky spot. If not for Nagatoro’s help that could have been a more embarrassing situation than he was capable of handling. The benefit of course was getting to listen in on that “girl’s talk” for a bit. Of course, it lasted long enough to get the best kind of information. It meant quite a bit to just get a read on Nagatoro’s type and how he could certainly fall into that. I’m not sure he’s ready to consider it a possibility, but it is nice to have him starting to think down those lines. Nothing can happen without both parties wanting that result to happen.

I can only imagine what was going through Nagatoro’s head when she found him like that. Good thing he managed to salvage the situation by returning her phone and winning some love points in his favor. It’s a win that she waited for him to explain himself since it would have been a mess otherwise. Of course it was good for her to sneakily get him out of there. Having someone that her friends obviously consider as her love interest showing up in their classroom would be…chaotic. 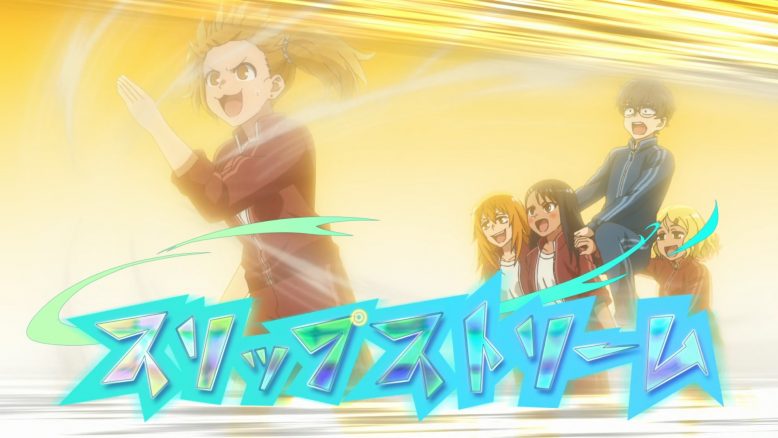 They took this “race” seriously

The running scene was good. Although one could argue it was awkwardly placed considering Naoto showed worry that being found in that locker was the reason that Nagatoro wasn’t around for a few days. That makes less sense with a big marathon in the middle of the episode. But I’m willing to ignore that because it was still fun. It shows a positive influence Nagatoro has had in getting Naoto to start running a bit on his own. Even if it is just to avoid teasing, it is a healthy change for him. Too bad he ended up tweaking his ankle. It was a risky move to get running in that marathon after potentially hurting himself. But I get him not thinking of it as a crisis considering he could still run on it up to the second incident.

There are a lot of good little moments here. Nagatoro trying to carry Naoto was cute, but I approve of him worrying about her. Nagatoro is awesome and relatively strong. But carrying an older male student around on her own would put a strain even on her. It was cute having her friends show up and carrying him back to school cavalry battle style. I’m not sure they needed to get into a race with the art club President, but it was still good fun. It shows the growth in all the characters. Nagatoro tries to help Naoto out as much as she can when he gets hurt and her motives are recognized. 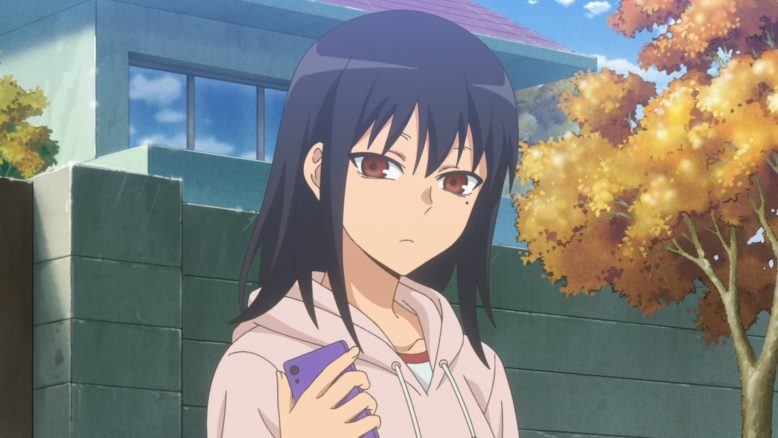 Welcome to the show Anetoro!

I will say the last part of the episode does set us up nicely for what should be an amazing episode 4. Visiting a love interest when they are sick always has potential for good moments, but that’s even truer with Nagatoro’s sister getting into the mix. Even if she’s not as intense as his imagination of her family in season 1, I’m sure she’ll have some fun here. That’s all the truer with her clearly being aware of who he is. I’m sure Nagatoro has tried to slightly mention him just so she could joke around a bit with her sister. Plus, when you like something/someone it’s nice to share that when you can. Still, I’m sure Nagatoro hasn’t admitted fully to her feelings. And I just think that because it would create a lot of fun teasing heading her way. 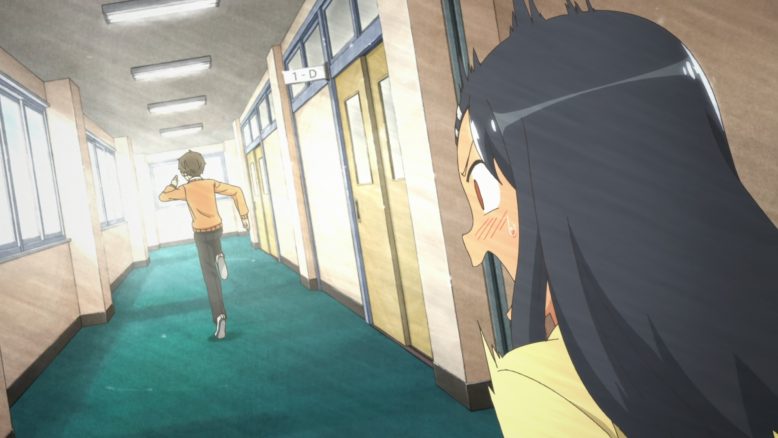 Sometimes retreat is a good strategy

This season really makes me feel the character growth. Season 1 ended on a good note, but season 2 really feels like it is progressing things further. There’s a lot of self-aware recognition from Naoto about where he can improve and what he doesn’t know. Nagatoro is really easing up on her teasing as well. She obviously realized fast where the line was and tried to avoid it going forward. But she’s continued to ease up over time. So, I’m looking forward to seeing how far these two can go. I don’t expect a colossal breakthrough, but they could make decent progress. This sick visit should be a lot of fun to experience next week.