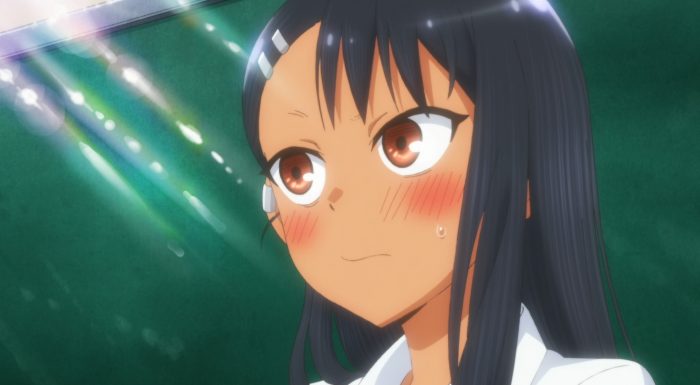 It is good to have this show back. This episode was a great way to settle back into the world of Nagatoro and all its charms. It really captured what made the show work so well and why I like the dynamic between Nagatoro and her Senpai. There’s a lot of fun to be had in seeing where things will go with these two. Very rarely is Naoto (sometimes I forget he has a name) going to be the aggressor in these situations, but that doesn’t mean that Nagatoro won’t be on the embarrassed side of the equation. The fun just comes from seeing how Nagatoro’s teasing will take things and what kind of progress ends up being made along the way. 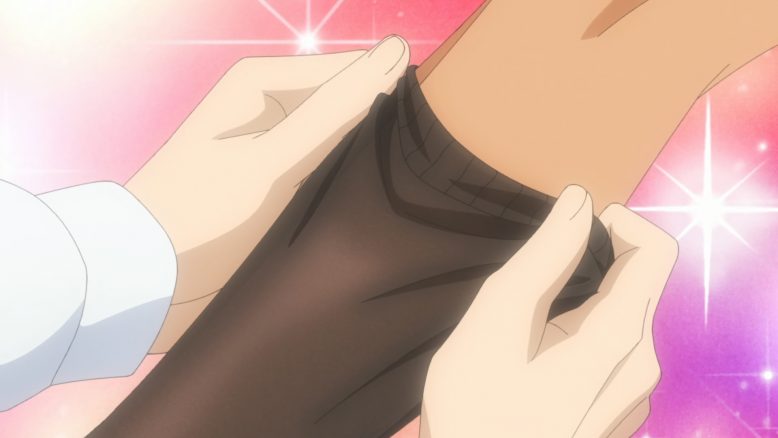 One thing that lets Nagatoro sit on a higher level than other “teasing girls” for me is that she ends up sabotaging herself. In a show like “Takagi-san” there’s almost always this level of poise and control over the situation. Rarely will Takagi lose that control and end up seriously shaken up. With Nagatoro, you can expect at least once an episode for her to be the one far more shaken up than Naoto is. And it may often be because she underestimated how much a situation she set up would affect her.

That was crystal clear during the stocking part of the episode. She set him up to put on her stocking, embarrass him a bit, and see if she could prod more confidence out of him. But she didn’t consider how it would affect her to have him putting that on for her and having his hands right up on her skin. Nagatoro is an emotional character that can get as caught up in the moment as anyone. Which makes sense. She is in her first year in highschool. She’s going to do things on the spur of the moment that are a bit more than she’s ready to handle right now. It keeps her from being a frustrating character. Sometimes she’ll push too hard, but she doesn’t get through these situations without taking a loss along the way. 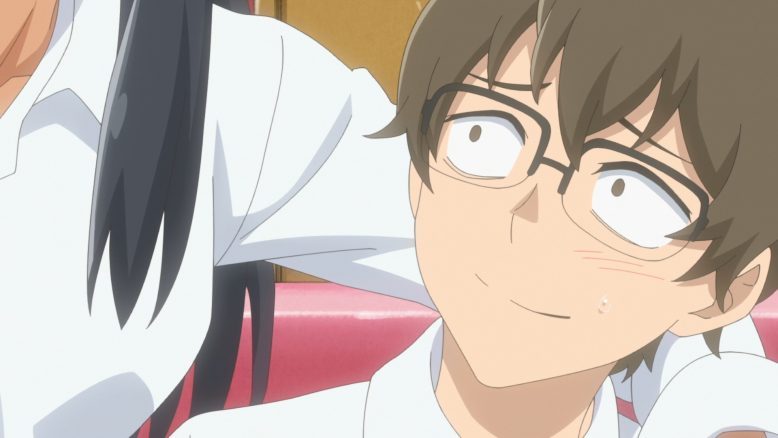 Nice to see him happy

What gives me hope as well is seeing slow, but steady growth from Naoto. He’s probably never going to be incredibly confident. But he’s coming along and taking steps forward. It didn’t take that much prodding for him to engage in the stocking situation. I do think he’s becoming more comfortable with his feelings, desires, and acting on them. He showed growth in wanting to call out to Nagatoro earlier in the episode. That he was back and forth on doing it just shows that he still has a ways to go. But he’s certainly not afraid to have Nagatoro around. His feelings for her are growing to the point where he’d wonder how she would react to a hug from behind. At this point Naoto still needs help (or accident) to make his moves, but he is thinking about it. 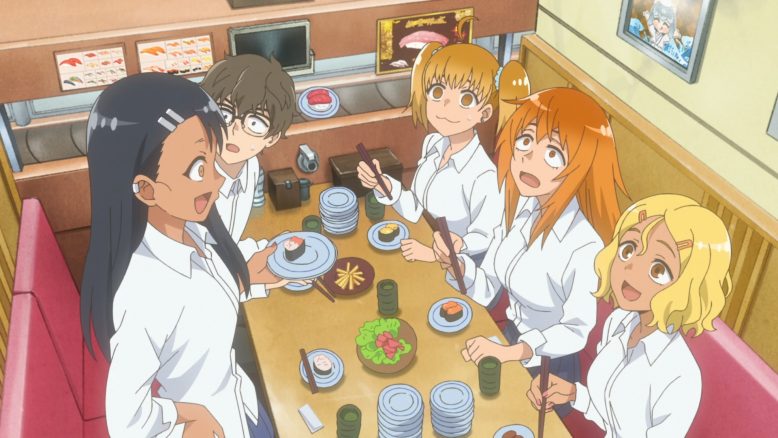 I did also enjoy seeing these two supporting each other in their own ways. Nagatoro reaching across to get some sushi for Naoto after seeing him working like crazy to grab food for the others. She started the pattern of everyone being nice in response to how much he did during that school festival. And it was nice to see him once again support Nagatoro. It is nice that her friends are ready to tease her when she came up with something silly out of jealousy for the others serving Naoto cool combo meals. But I do appreciate that he does quickly stand up for her. He’d rather deal with some mild teasing from her than see Nagatoro truly troubled. 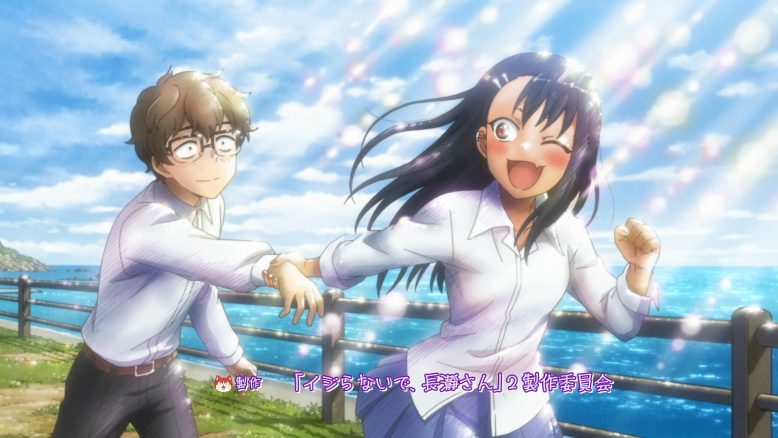 This was just a comfortable return for the series. No question it is a far more enjoyable episode than episode 1 of the original series. It’s a good benchmark for how far the characters have come. There’s a comfort level between Naoto and Nagatoro. And there’s even a nice comfort level around her friends that wasn’t there early on. It’s a steady foundation for the second season to build off. And I’m just happy to have the show back. It’s fun, cute, and the main pair are good together. If they can keep this positive energy going, then I’m sure season 2 will be one of my Winter favourites.