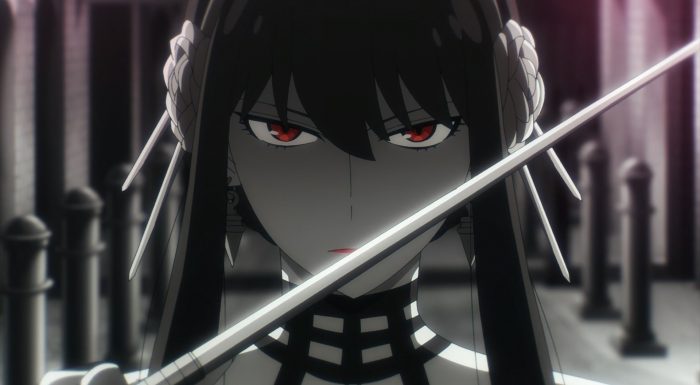 Anya is good at psychological warfare if nothing else. She managed to freak out a bunch of doctors who thought she was a ghost and managed to nearly ruin Loid’s public reputation in no time at all. Now if she was doing some of these things intentionally that would be impressive. But in a sense, she is mostly a natural disaster. You can’t predict what Anya will do and her intentions don’t necessarily connect to the results of her actions. It’s impressive in a sense how much she can accomplish. Major organizations can’t handle Twilight, but his adoptive daughter can cause amazing trouble in no time at all. 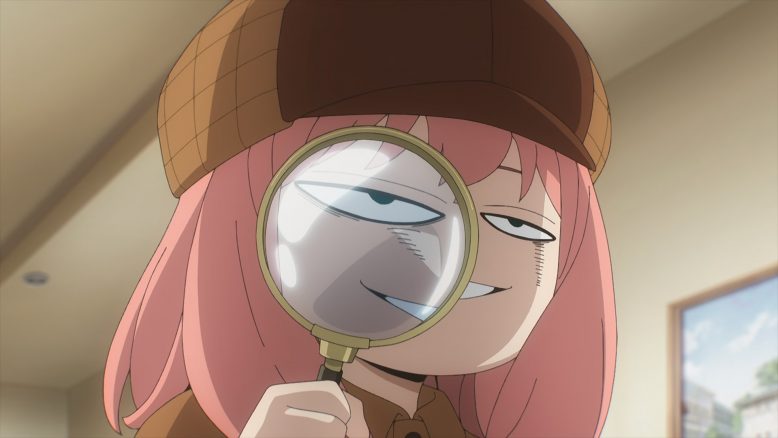 Honestly the episode was just some more pure silliness from the cast. Really seems like the show is just happy to have established the scenario for these characters and now is having fun with it. I did enjoy this episode overall. It was fun seeing Anya’s interactions with her parents and how her “go to work day” played out. This girl is ridiculous and that can lead to some amusing moments. She does get too obsessed with what she hears from Loid’s thoughts instead of reacting to what he is saying. If the idea of reading minds wasn’t so ridiculous to him then he might have figured out Anya’s secret already. Thankfully her family is ridiculous, so they aren’t likely to notice.

The Hospital visit was a good source of laughs and risky moments. I get Anya wanting to check out the secret passage but doing so when she wouldn’t have any good excuse for being in there was risky. She also inadvertently made Loid question whether she was alright in the head after she just threw things randomly into that toy test. Of course, he ended up spoiling her a bit after since he thought she was on the verge of mental collapse. But it might not be a good idea to lean into that too much. 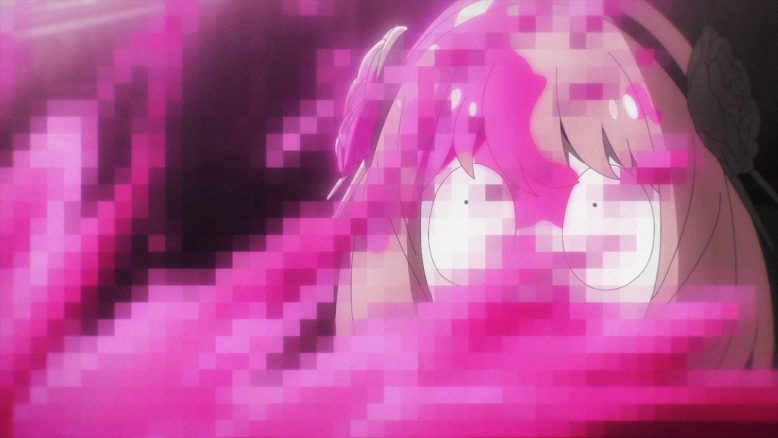 The best part for me was Yor’s imaginary scenario. Of course, the woman would consider taking Anya on an assassination mission instead of just taking her to the office she works at XD. Yor is a riot with how ridiculous she can be sometimes. I’m glad it wasn’t a super quick joke and that they leaned into that for a few moments. In some ways it is necessary. Since while we’ve seen plenty of Loid being a spy…Yor really hasn’t assassinated anyone since the first episodes of this series. So, it was fun having her imagine going out on the job with her daughter and splashing the blood of her victim all over them both!

Admittedly it wouldn’t be the worst idea for Anya to get some biology lessons and how fragile people can be…She does seem to lean towards following Loid’s career and going into spy work, but assassin skills are generally applicable to violent careers. 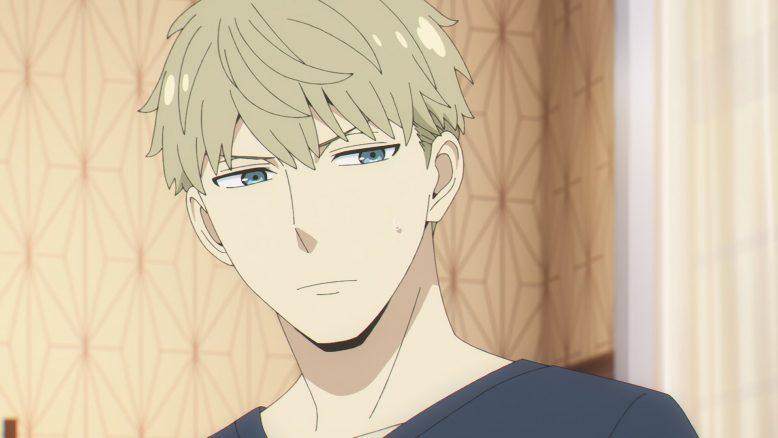 Trying to decipher Anya’s writing is a challenge

Anya has a lot of things to work on if I’m being honest. But I would say her writing might be the most crucial. She’s going to fail tests just based on an inability to read what she’s putting on the page. If she’s going to fake being older than she is, then she will have to pick up some skills well ahead of when she’d naturally learn them. That did lead to a bit of comedy later in the episode since she couldn’t write her code as she wanted. While she was able to get Yor to help with that in this case…that’s not applicable to most issues she is going to face. At least she fits in well in their neighborhood. She’s well known as the kid that likes her spy shows and that seems common to other kids in the area too. 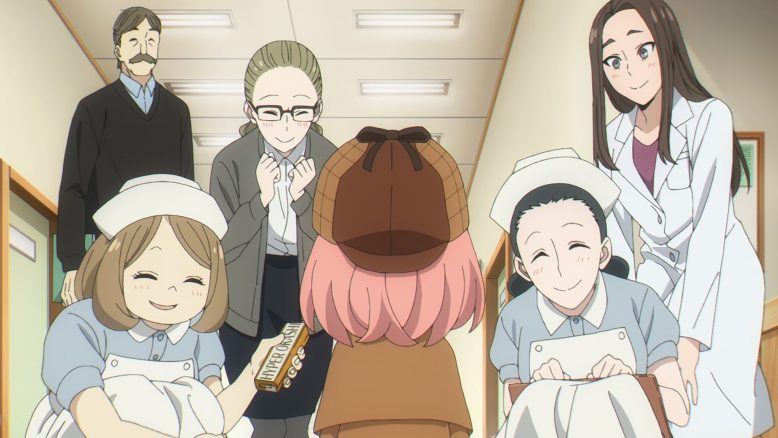 These people were sweet

I liked the scene with Anya meeting Loid’s medical coworkers. It shows that if the Forger family can deal with their inevitable troubles, then he’ll have a place in the world. He already has colleagues that really like and respect his ability. He’s good enough just based on the skills he’s gained along the way to be a proper psychologist. The biggest issue will be the family staying together if Loid doesn’t have a mission that requires it or is even pushed to leave the family behind for another mission. There is a path forward and I liked seeing that. He took this job for various reasons, but he is clearly doing a good job as a psychologist at the same time. 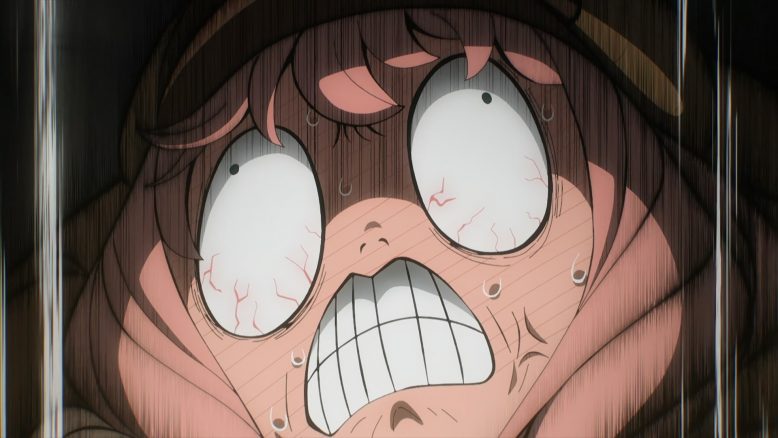 I couldn’t leave this one out

If nothing else this show is worth watching for Anya’s utterly ridiculous expressions. That girl is a treasure when she gets smug. Even more so since it often doesn’t quite work out as she planned. Naturally her big effort to spread that code around…was meaningless since she slept in and didn’t show up to see who solved it. Probably for the best since the only one that bothered to do so was Franky and he was only there looking for a beautiful woman that he imagined left this code for him. He wasn’t wrong about a lovely woman having written it…but Yor is taken. It seems as if the next episode will move the story ahead a little bit and I’m fine with that. The silly times are important to this story too but adding more characters to the mix should keep things entertaining.