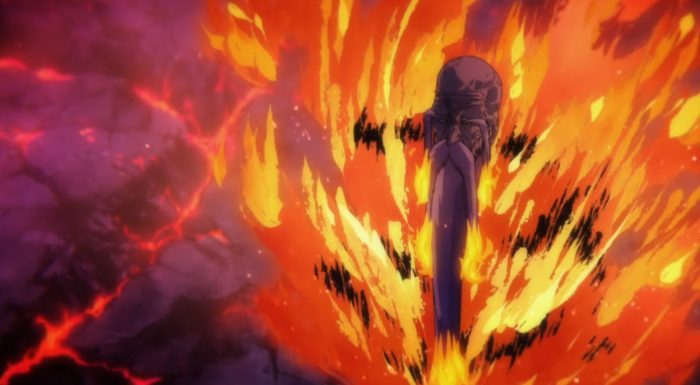 Holy smokes this fight delivered more than I ever could have imagined. The show had kept the abilities and crazy powers of Yamamoto hidden to this point and utterly paid that off in this episode. That was a visual spectacle and one of the craziest fights involving a fire-based ability that I’ve seen in a long time. We really got to see the potential of a Bankai that’s been honed and perfected over the course of thousands of years. Of course, it’s too bad that it was against a fake since I’d love to see a true full power battle between Yhwach and Yamamoto. But at the very least the fake put up enough of a fight that we can get an idea how things played out a thousand years ago. Thankfully Yamamoto even before he possibly was killed at least got to show off his powers. 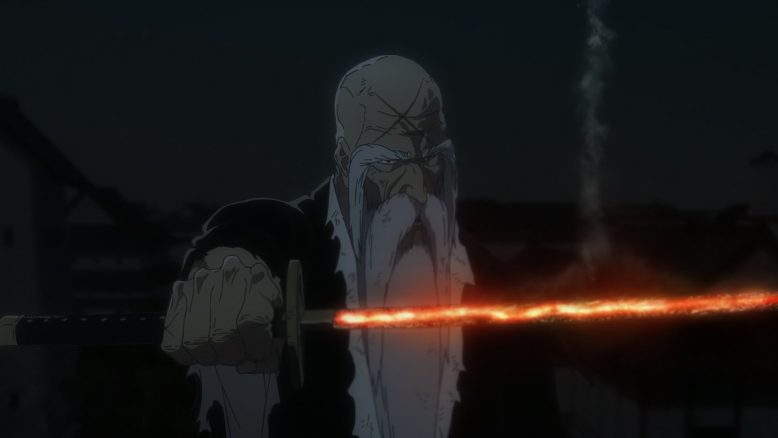 What an awesome sword

Wow! That’s basically all I can do to sum up this episode. In a sense there’s not as much to talk about as there if for me to be wow’d by. I’m happy they spent almost the whole episode focusing entirely on this fight. Splitting up the focus with others reacting to every little thing would have been awful. I do want to know if Ichigo is going to break out of that prison and how other things are playing out. But for this episode, it needed to focus on this fight and I’m glad that it did.

Visually it was just an utter show. Yamamoto’s Bankai was everything I could have asked for. Just a crazy power and a great deal of variety in how he could make use of it. It makes sense why Aizen took such extreme lengths to try and limit the threat of Yamamoto. The Head Captain is a powerhouse that few can match up with. Maybe Aizen fused with the Hogyoku could have handled that much firepower, but nothing short of that would have been enough. I’m not sure if Yhwach intentionally used that double to weaken Yamamoto or not, but it might have just been coincidental. He seemed capable of stealing that bankai no matter what which would have limited Yamamoto’s power significantly. 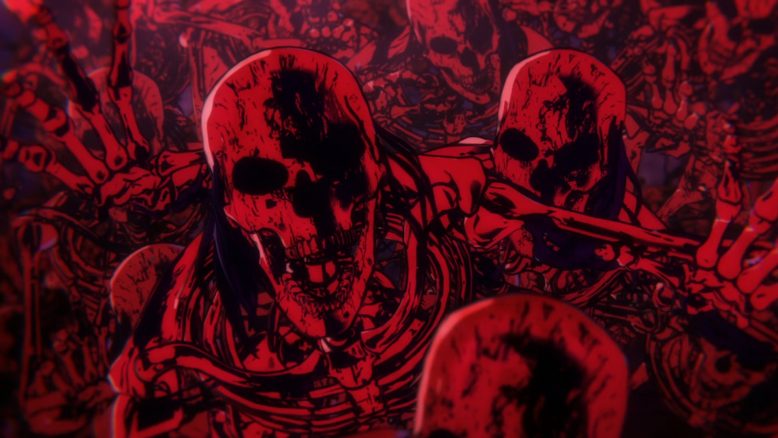 A creepy, but effective power

It really would be possible to spend a long time giving Zanka no Tachi all the credit in the world. That’s an awesome Bankai. And I just appreciate how it reflects the experience and age of the wielder. I’m sure Yhwach was right that 1000 years ago it was just a crazy powerful sword that could unleash insane flames with a single swing. It was already a powerful Bankai even back then. And similar in some ways to how Ichigo’s Bankai is contained within a small sword (and his outfit). The difference is experience and Yamamoto made that Bankai blossom into a power nearly unmatched. The variety in how he can attack is impressive. Equally impressive though is just the pure power contained in very different abilities.

The one that basically raises the dead is the most horrifying of his powers. Even if it isn’t the most dangerous offensively. Which is fine since his other abilities are pretty nuts. He can deliver incredible power if connecting with the tip of his blade, protect himself with armor on the level of the sun’s heat, and just melt anything in his path when he wants to cut someone down. It’s a shame that he was using it against a fake. But that fake was given enough power through his ability to beat Kenpachi. I don’t think Yamamoto could have won without his Bankai. 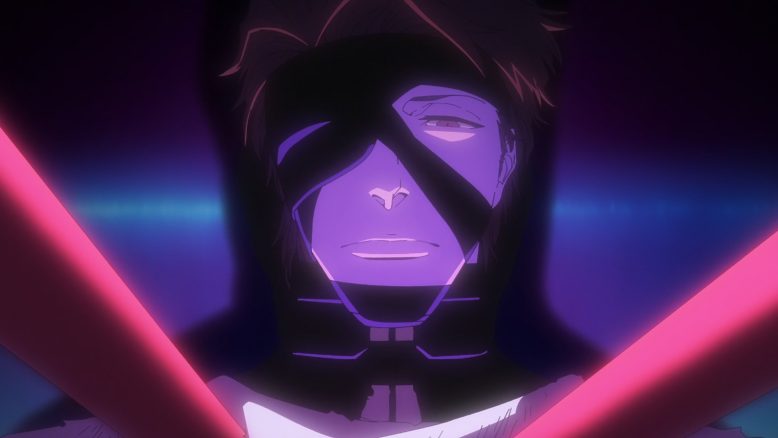 Aizen seems to be doing…well

There was an interesting conversation between Aizen and Yhwach. It wasn’t a long conversation, but it was interesting. It kind of makes sense that Yhwach would try to recruit Aizen. He’s using Arrancar so why wouldn’t he use someone that powerful? Although much like the Arrancar I’m sure he would have tried to kill Aizen the first chance he got. Having Aizen go with him would give him the time needed to try and get past the survivability that the Hogyoku offers. I do find it interesting that Aizen refused to cooperate. But certainly, had his reasons for turning Yhwach down. 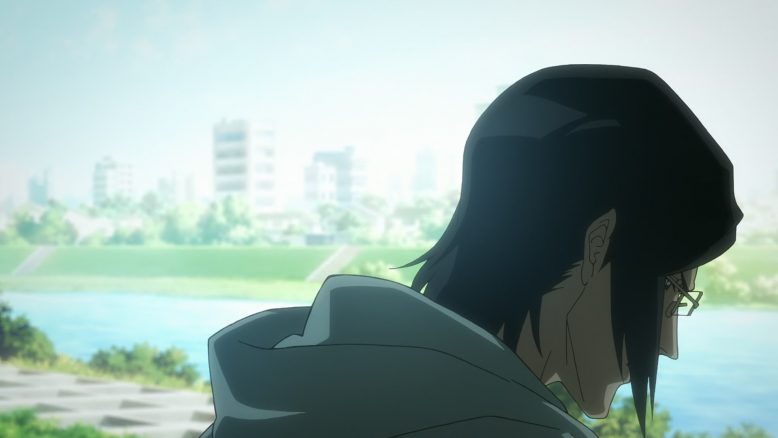 I do like these little moments for Ishida. He’s really getting hammered with the truth of his Quincy heritage now. It’s also kind of noteworthy how history keeps on repeating itself. The Quincy were the ones to attack Soul Society originally 1,000 years ago. The massacre 200 years ago was more of a cleanup operation. It’s a good thing to have the Quincy originally be the aggressors. For this conflict to be so messy it requires both sides to have reasons for their actions and blame for their mistakes. Ishida is in a mixed-up spot, but he does obviously care about his friends including Ichigo. He’s just not sure what to do right now. Ishida has always tried to use excuses or exceptions to help his friends. But in a war against the Quincy he’ll have choices to make. 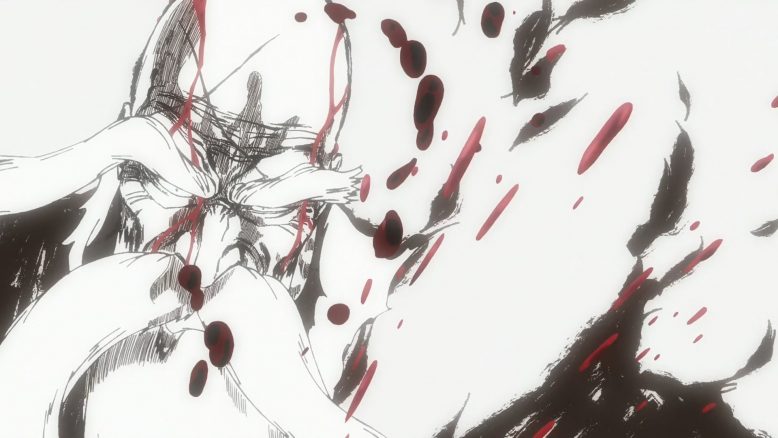 This situation looks extremely dire. The Quincy are going to be riding high no matter if Yamamoto is dead or just severely injured. And there’s just little the Soul Reapers can do when they can’t use their Bankai and the other side has some stolen Bankai ready to use. I just don’t know what they can seriously do here. There’s no telling if Ichigo can make it in time and if he can do that much when he gets there. Can he seriously take a fight to this Yhwach guy? Especially with him having stolen Yamamoto’s Bankai? I don’t know. Next episode could make things get even darker. Which is a concerning thing since it’s already looking bleak. This episode was awesome though. Yamamoto was a total monster. It was against a fake, but he really showed why he garners such respect and fear from those around him.