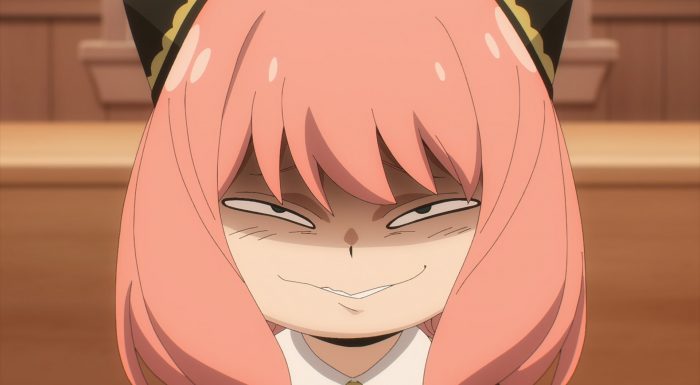 Midterms being a major crisis is the kind of thing I’d expect from this series. Considering Anya’s grades, it fits as a major crisis for the Forger family. And it only becomes more of a major event when Loid’s mission is tied directly to how well Anya does. Both Anya and Loid freaking out over this test in their own ways just worked well. I enjoyed both Anya’s efforts to do well on the test and Loid…making sure things were going to work out ok. 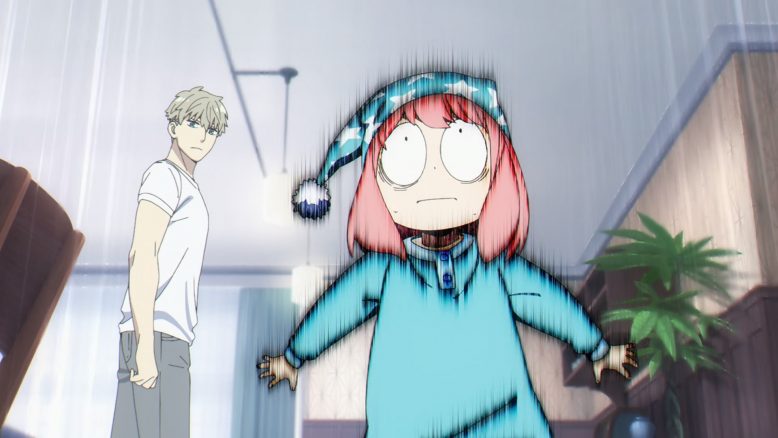 This girl is an expression gold mine

Anya’s powers really can be more of a burden than anything else for her. The handling of her test results was glorious for that reason. She has good reason to feel good about those results. The results weren’t good, but they weren’t disastrous either. They may have only been good enough to avoid Tonitrus Bolts, but that is still important. It also gave Loid a great deal of comfort in knowing that Anya really is working hard, and she is making progress. This girl would have flunked this kind of test in the first season without having her powers for the test. There is growth there and for a girl who is clearly younger than everyone around her…that’s not bad.

Of course, the problem for Anya is that she can’t hide her feelings. She’s reacting to what people are thinking around her, but they don’t know that. So, while Loid may be thinking that Anya deserves some praise…he hasn’t given it to her yet. Reacting to the praise before she gets it just creates great reactions to her goofy expressions. It makes her look smug for getting bad grades. Which is hilarious, but I still feel bad for how she walks into trouble. 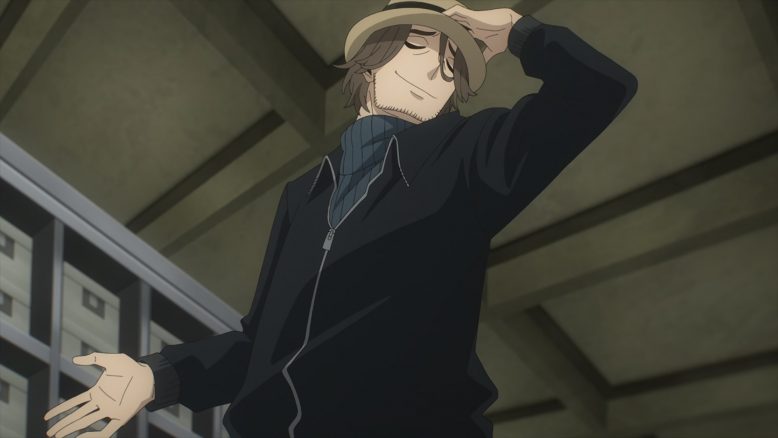 This guy is something else

Daybreak absolutely deserved how things worked out in this episode. You can’t feel bad for him since he wouldn’t have even gotten close to those test scores without Loid bending over backwards to help him out. That guy was saved from getting arrested in the school. At least he only ended up losing his job and having his “mission” fail. Maybe it wasn’t the best result. That guy going to jail now might put him in less trouble than whatever he’ll stumble into next time. It would be Loid’s luck that he would have to help this guy out again in the future, but I could also just see this guy recklessly getting himself into deadly trouble in the future.

This whole situation was of course comedic in nature. This guy is a total goofball that somehow managed to stumble his way far. It would have ended with the security guy without Loid’s efforts, but he somehow got that far without getting caught. And naturally this idiot saw himself as Loid’s rival. Oh boy, he’s got a long way to go before dreaming about something like that. Yuri is the closest thing to a real rival and nemesis for Loid that we’ve seen so far and even he doesn’t have a clue about Loid’s real identity. It’s amazing how far stupidity and guts can take a person. 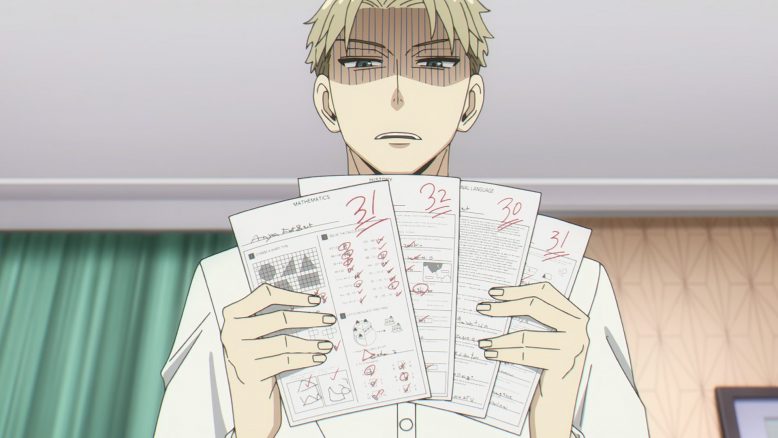 I do honestly like that Loid only had to alter the grades of the Desmond siblings. And that was just returning them to what they were supposed to be. With Anya he didn’t have to do anything. I do wonder if he was still tempted to adjust her grades to make them a bit better? Maybe he was just proud that she’d avoided the Tonitrus Bolts with her own ability and didn’t want to taint that effort by interfering. I suppose there’s also the fact that spending more time adjusting her answers without need would be risky for him. He couldn’t get away with making her grades so good that she got a Stella. And in that case, there would be no reason to do anything about the tests. The better thing anyways is to keep working with Anya to up her grades naturally. 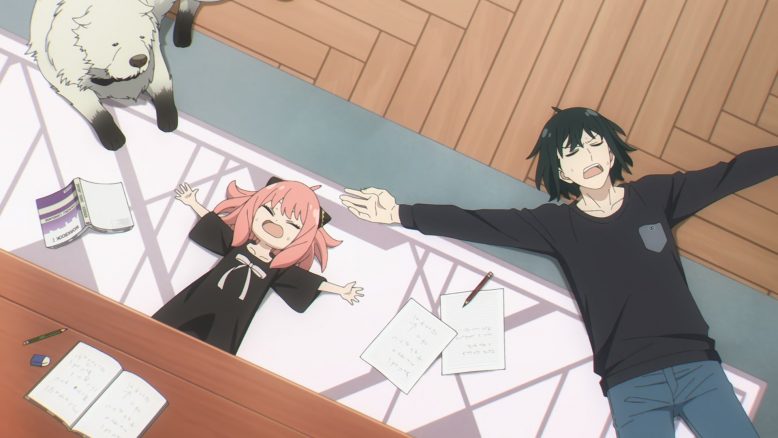 The dynamic duo…and their dog

Having Yuri attempt to tutor Anya was good fun. Like many characters in this show…Yuri is an idiot. But he’s an idiot that gets good grades and knows how to study! Even Yuri had a tough time with the…unique talent that is Anya. I’ll repeat often that it can’t be helped that she’s having such a hard time. The girl is a good deal younger than she claimed to be. That was purely necessary for Loid to adopt her. But since the other characters don’t know this…they must think she’s a bit of an idiot. On the other hand, that girl can play Yuri effectively since he is blatant with his excessive love for his sister. So long as she can praise her mother enough then things will work out fine. And she even gains points with Yor on top of it all.

I’ll choose to think that Yuri’s efforts did pay off. Even if he wasn’t tutoring Anya on things that would be on this specific test…At least he did fire her up enough to study hard on her own. Anya could at least relate to the feeling of being helpless. The girl does understand that her weaknesses did prevent her from being able to help Loid as much as she would have liked. She still saved his life. But it was a riskier way of saving him compared to just being able to disarm the bomb. Hopefully Anya doesn’t lose the fire she’s gained in this episode and keeps working to catch up to her classmates. 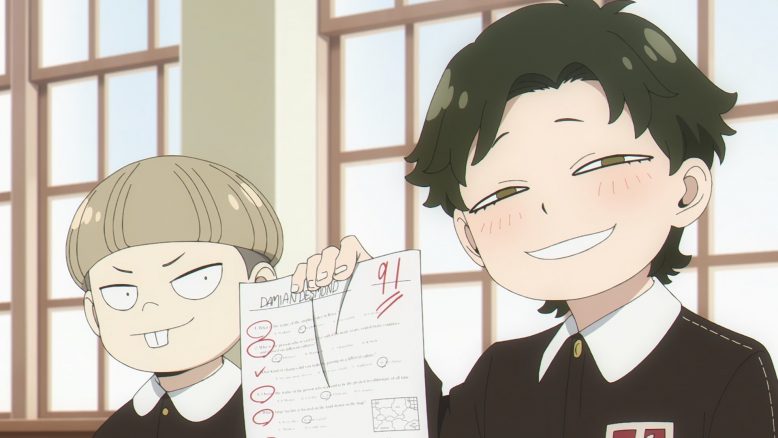 Got a bit of revenge there

This was just another cute episode. I enjoyed the little things like Damian giving Anya her own smirk right back. I can’t even blame the kid for that. Considering the number of times, she has fired that expression off it’s just fair. Just too bad she wasn’t able to really get much payback this time. I guess there’s the fact that her father saved his grades, even if he’ll never know it. The good thing is that she did win out a bit with creeping him out with laughing over her bad grades XD. There is a long road ahead for Anya. Getting her grades where she needs them to be and getting her Stella won’t be easily done. But I think she’ll steadily make progress so long as she doesn’t take it easy.