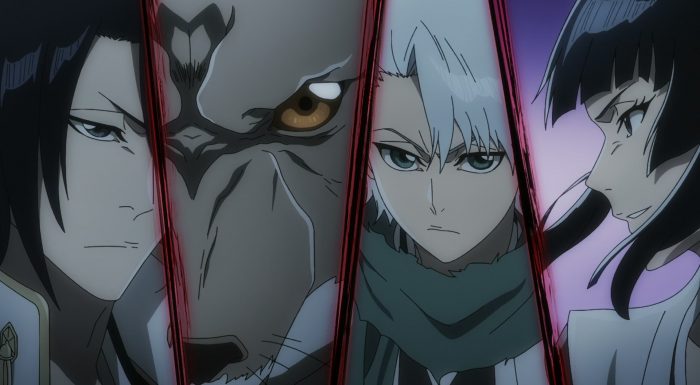 Ok, so this war is proving to be as much of a bloodbath as expected. It did seem to be a given that the Quincy were going to have a serious advantage. At the very least they were going to be a serious threat for the Soul Reapers to deal with normally. And going into these fights knowing they couldn’t use their bankai safely just added to the threat level. But this is a brutal struggle where even the captains aren’t having any kind of easy time. While having some use their bankai was a reckless tactical move it was also one that they were somewhat forced into. They are barely able to hold out which means most of their subordinates are basically on the level of fodder. At this point there really are only a few Soul Reapers that can put up a decent fight here. 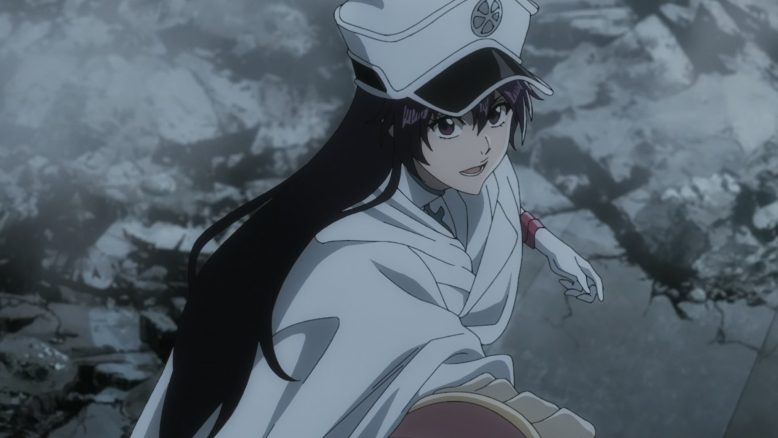 I don’t love recaps, but this girl is cute

It is probably the first criticism I’ve had for Bleach in this return, but I hope they don’t drag the recaps as much as they did in this episode. It wasn’t the longest recap I’ve seen for a show heading into an episode. At the same time, 3 minutes until the OP is pushing it. We’re in episode 4 here. I think the audience can be respected enough to remember what happened in the past 3 episodes. We don’t need to return to the past of long running shounen anime where it takes way too much of the episode to reach something new. One Piece is doing that more than enough for everybody! Let’s not do that again. 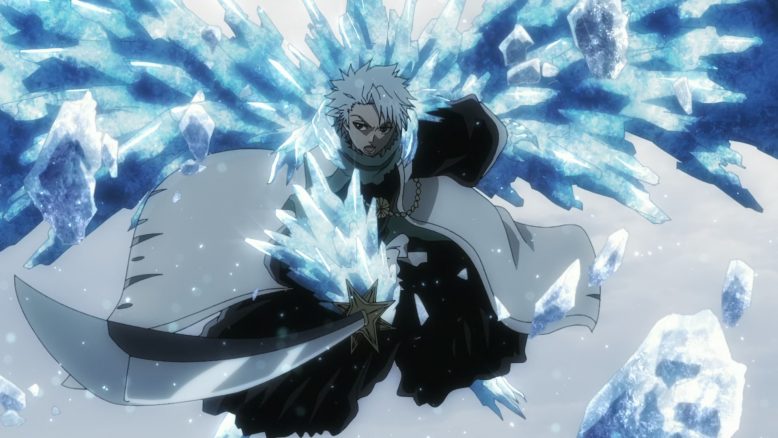 I know a big criticism here will go to the captains that were way too quick to unleash their bankai. That’s a reckless choice that can’t exactly be supported when they were given warnings. Now the warning wasn’t completely clear. I’ll give Sasakibe some leniency since he was on the verge of dying when he reported the situation. For me the issue wasn’t that important. Whether the Quincy were sealing or stealing bankai, the result was that they couldn’t safely use them. Now I suppose the difference matters a little bit. If the bankai are sealed, then they can turn the swords over to Mayuri’s group and investigate unsealing them. Stealing is a bit more extreme and there’s nothing to be done unless they can get their hands on those things that were used to take them.

It gets potentially messier if the Quincy have some means of using the bankai they’ve stolen. But I won’t criticize the captains that harshly. It’s easy from the audience perspective, but they are watching their home get invaded and a lot of their subordinates have been slaughtered. Even if it would have been more tactical to have one agreed person try using their bankai and waiting to get a report from that, I get that some just weren’t going to be that patient. The longer they waited the more likely they’d get killed the fight or more of the weaker Soul Reapers would continue to be slaughtered. Hitsugaya is just too much of a hot-head for me to expect him to wait for long before using his bankai. And honestly, I’d say the same for Byakuya and Komamura. Someone was bound to make a reckless move. 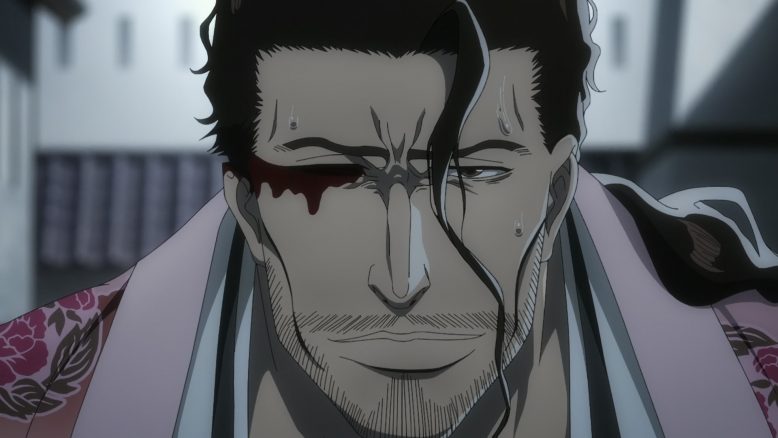 Yeah, this situation is bad

That does make this situation terrible though. Since it seems like not only were their bankai removed from the equation, but the very spirits of their swords were stolen at the same time. That means all those captains are far weaker than they were before they used their bankai. That makes the immediate situation awful, but the long-term situation is even worse. The captains that held back from using their bankai can still fight, but their burdens are made even worse now. Even vice-captains like Renji will have to take up a larger amount of work while their captains can’t even muster most of their normal strength. I’m finding it hard to see a way to even make the Stern Ritter temporarily retreat. So far the only option seems to involve wearing them out with just a lot of bodies. But that strategy rarely works out great. 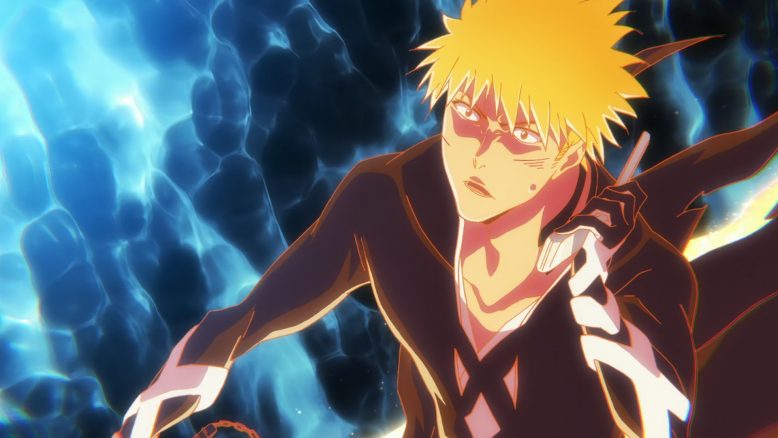 It does make Ichigo one of the most valuable characters in the show. For whatever reason his bankai is just not able to be stolen. Which is great! Now it isn’t likely because of main character magic, but something that makes him different. The options are all over the place. Maybe it’s because of his Soul Reaper father? Or maybe it’s the hollow side of him? Admittedly I’m not entirely sure what Ichigo’s hollow state is like since he used the Final Getsuga Tenshou and then regained his Soul Reaper powers later. He hasn’t busted out that hollow mask so far. And we also haven’t seen any of the Vizard captains get their bankai stolen. It has just been regular Soul Reaper captains and vice-captains. But it could be something else entirely for all I know.

So, it makes sense that the Quincy would be desperate to keep Ichigo from reaching Soul Society. He’s one person that can put up a legitimate fight right now. Not only will the Stern Ritter be confused as heck because they can’t steal his bankai, but their battle strategies involve not going up against bankais at all. And bankai is plenty powerful. So if Ichigo can find a way out of that trap and get to Soul Society then at the very least he can shake up the status quo. The only other people I could see being a legit threat would be Kenpachi and maybe the Head Captain himself. Kenpachi is a monster that can fight Espada and on the level of someone using their bankai even without one himself. He may be the only real hope the Soul Reapers have of shaking things up. 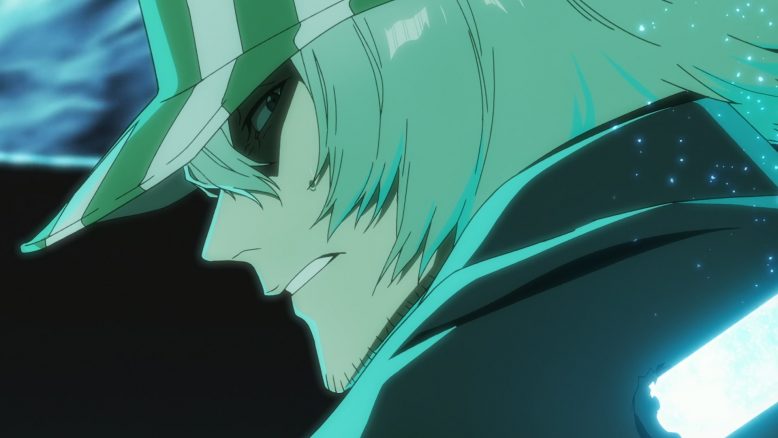 Urahara needs to confirm his kills

But the issue is that Ichigo has been slowed down. Can he cut through all that mess with his bankai and make it in time? Hopefully! I can’t see Soul Society holding out against this level of threat for long when they can’t fight seriously. And that’s not even counting the likely insane threat level of the Quincy’s King. Even though the episode took a while to get going, I really did enjoy this one. The level of “they are really screwed” is continuing to rise with every episode. No idea how this is going to take around 50 episodes with how crazy this attack is going right out of the gate. But for now, I’m going to continue being hyped for every episode coming our way. If nothing else these episodes remind me how hyped Ichigo gaining his bankai was in the first place. This has been great!