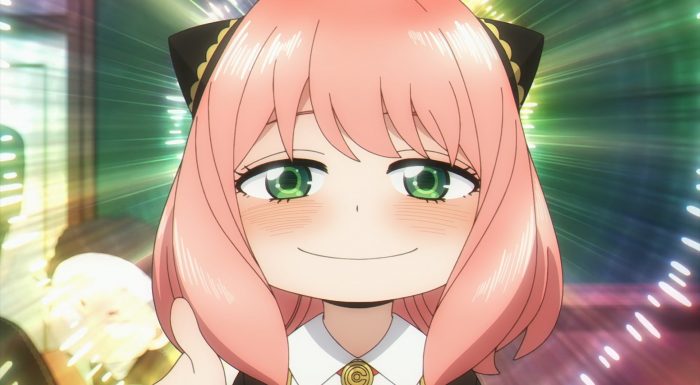 The friendship plan is having some tough times. Anya is doing her best to befriend this kid, but she’s still having a tough time. Anya is a good deal younger than the kids around her and needed to lie just to join the Forger family. But it does leave her without a lot of skills like…making good art projects. But I respect how hard she is trying to make her father’s operation a success. And honestly, she is doing a good job making this kid develop a crush for her. That just doesn’t help her so much since he’s a total tsundere. And the actual benefits of the friendship plan seem questionable. 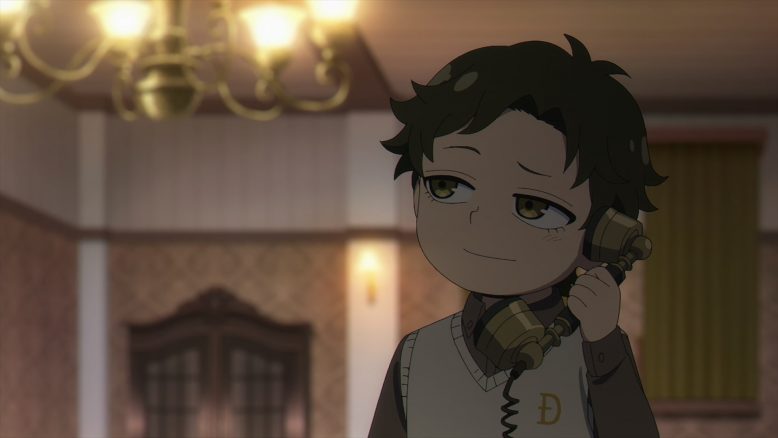 I honestly feel bad for Damian. That kid is starved for love and attention and just isn’t getting it. The extra downside is that I’m not sure Anya becoming friends with him would have any real benefit. His father just doesn’t seem to care that much about him. Even if he brought Anya over the odds that his father would be there doesn’t seem to be that high. Although I still think there’s some hope. Maybe his father would pay some attention to a strange girl visiting his home with her parents? Maybe. It doesn’t seem that likely, but it’s about as good a plan as there is right now. Since I really think, Anya is going to have a tough time becoming an Imperial Scholar.

It is funny how Damian went from a rude kid to one of the more sympathetic characters in this show. He really does seem to just want his father to show some interest in his life. It isn’t like Damian isn’t working hard at school either. It just doesn’t seem like whatever he is doing is considered good enough. His (presumably) more talented older brother seems to get most of the attention in that family. So, I guess Damian isn’t wrong to think that becoming an Imperial Scholar himself will help his cause. I’m just not sure it’s worth the effort. Especially since his father is into some shady stuff. If Damian proves himself worthy of the attention, he might just be recruited into whatever horrible things his family is involved with. 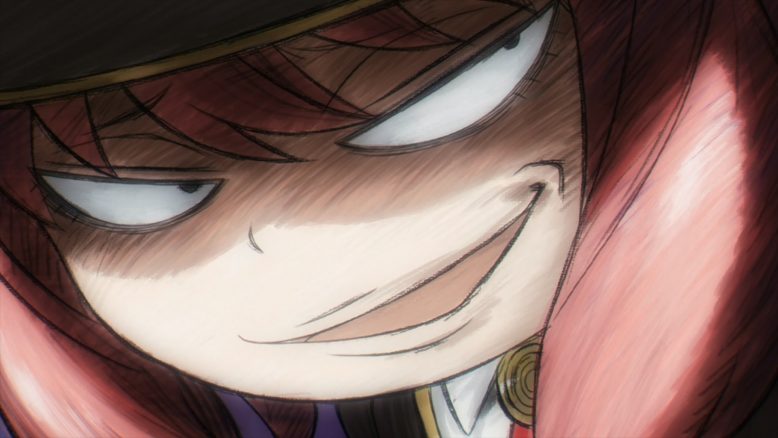 Her smugness is deadly!

There is fun to be had with Anya’s attempts to get closer to Damian blowing up in her face. She was so confident that Damian would be overwhelmed with how cool Bond is that he’d just immediately invite her over! Now to be fair, if he knew the dog could see the future that would be impressive! But still, Anya gets so smug and it constantly leads to failure. You can tell that she does want to be like Loid and Bondman. She’d love to be a clever and brilliant spy that can handle situations with class. But it’s just not that easy. That is part of Anya’s charm. The girl is just not as clever as she thinks she is. If nothing else though, she is getting somewhere. That kid is falling for her goofy charms even if that isn’t clear to anyone besides the viewer. 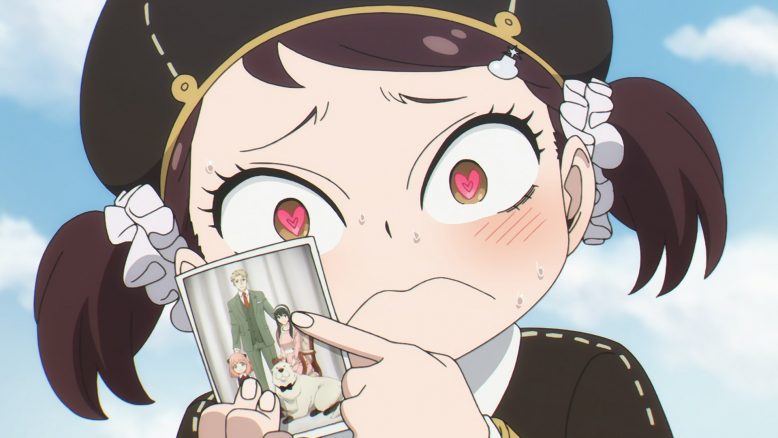 Becky falling incredibly hard for Loid was amusing. It is just the kind of silly crush, you’d imagine from a kid like that. Loid is a dashing spy after all. I will say that I can’t blame Anya for being utterly overwhelmed though. There was no part of the plan that required her best friend to develop a crush for her father. I will say though, if there is any need to get close to the Blackbell family then things are going great on that side of it! And maybe there will be since it sounds like Becky’s family is involved with making high tech combat suits. The focus is Damian’s family right now, but Anya has done a nice job building her connections in that class. 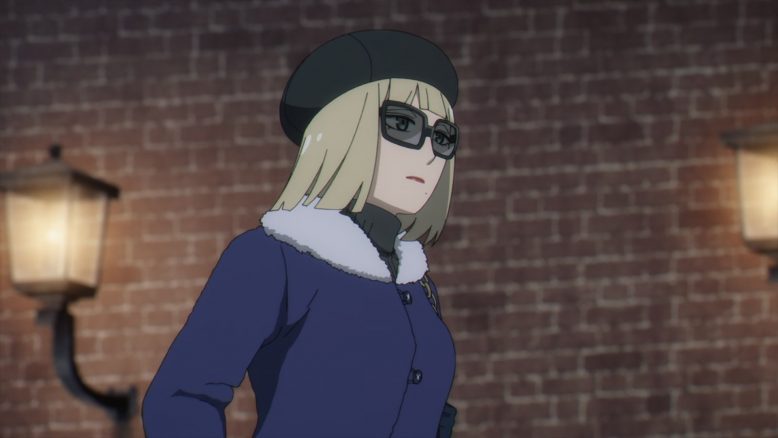 It is a nice coat

I enjoyed the small focus on the Fullmetal Lady! Sylvia really showed her quality as a character during the bomb dog incident. And this episode did point out how tough things are for her. She is another character that needs to balance her public life with her real life. The lives of numerous spies are always in her hands. And while the episode did give us some silly aspects to her character (like forgetting to take the tag off her new outfit) we still get to see how capable she is here. She does take risks to make sure she fulfills the need to meet with her agents. Sometimes the only reward she gets though, is an update that sounds like Twilight bragging about his daughter. There is nothing valuable to the plan coming from Anya getting better at jumping rope…but he still brings it up! 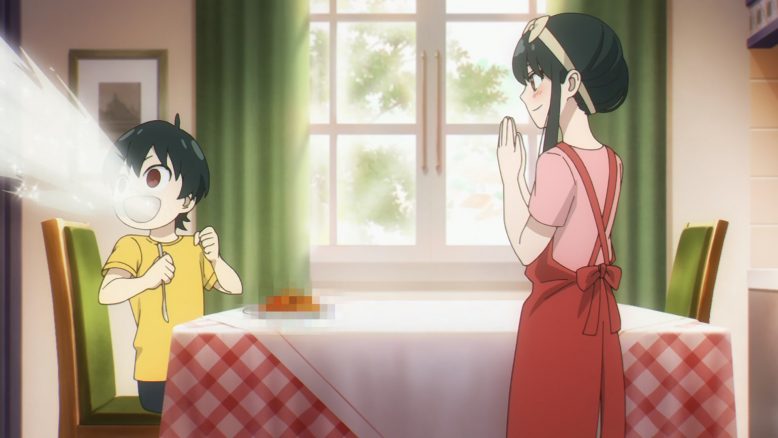 This episode was just nice and relaxing. There wasn’t anything too crazy involved with Anya’s craft project. The only surprising element was that she and Damian’s mess of a project won! But that just shows how art can be sometimes. All that matters at times is what the person judging it sees. Even if they are seeing something that was never intended. The more hilarious ending note for the episode was a reminder of how lucky Yuri is to be alive. His sister trained him with poisons and physical affection on a deadly level. Those siblings truly love each other though. I look forward to seeing more of Yuri. He is a very dangerous relative for Loid, but he brings the comedy wherever he goes.