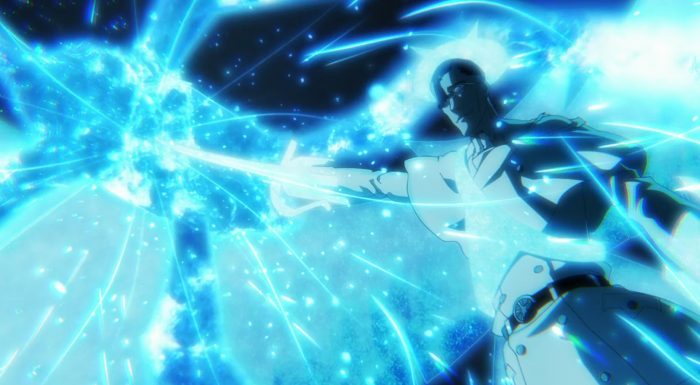 There is no shortage of impact when watching this new season of Bleach. It just makes me wonder what kind of season we are getting into here. It’s just the third episode and the Wandenreich are already unleashing a full-scale invasion of Soul Society. What’s interesting in that is that the attack started only after this King was informed that Ichigo was in Hueco Mundo. I presume that’s because he wanted to be sure that Ichigo wouldn’t be free to run to the aid of Soul Society in that situation. If everything lines up as it seems to that really does mean that the situation is as dire as it looks. Even the dramatic and bloody ending of the episode is nothing more than a taste of the horrors that are coming next week. 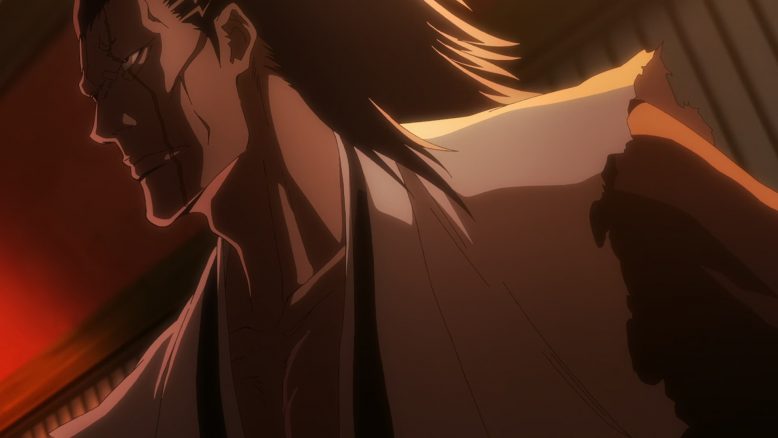 Going to need him for this fight

At this point it seems relatively safe to presume that using bankai isn’t much of an option here. I am a bit worried that it hasn’t been brought up in any of the Soul Reaper meetings we’ve seen so far. I suppose there’s a chance Sasakibe died seconds before finishing his sentence and warning. But I’d like to think the man at least was able to go out while warning his allies of what was coming. But there’s only a few ways to confirm the truth. Either it will be brought up during the action…or someone’s going to use their bankai and I can’t imagine it will work out well for them.

It does seem likely that for whatever reason Ichigo is special. The Wandenreich have designated him as such, and it’s shown that they couldn’t do anything about his bankai. Which means he’s one of the most powerful allies the Soul Reapers have right now. I would think that Yamamoto is still a total monster even if he only uses his shikai. But I have a good feeling that the so-called King will be keeping a focus on him due to his personal history. Kenpachi might be the more flexible and strongest option currently in Soul Society for that reason. Bankai isn’t even an option for him anyways! But if these guys are seriously that powerful…that’s not going to be enough. Can the other Captains really do enough without their bankai? 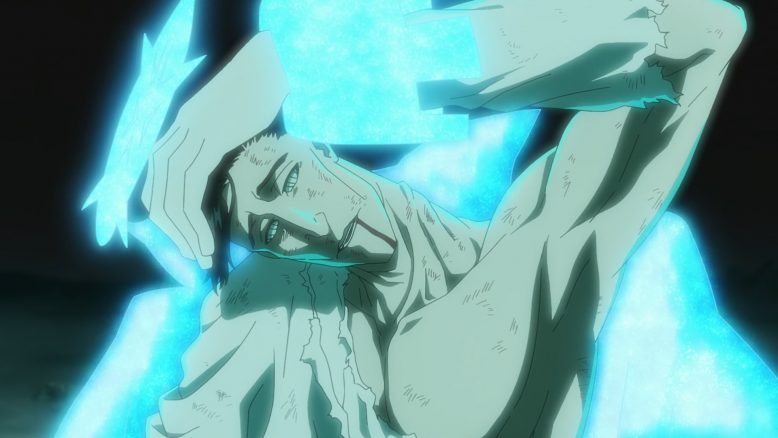 This guy is tough and weird

Quilge served as the kind of challenge I expected. I do think he’s nowhere near the strongest of the guys that we’ve seen launching the attack on Soul Society. Although if he’s not technically part of the Stern Ritters…oh boy. They seem to be the elite group and if this guy is on a lower tier, then that’s terrifying. But that’s not a certainty. He didn’t immediately blow Ichigo out of the water and I enjoyed Ichigo casually handling his early attacks. Throwing an arrow right back in his face was great. Obviously when he busted out his “Quincy Voll Stern Dich” things changed fast.

Also, the Quincy seriously just can’t ease up with how they name things! It was one thing with Ishida busting out things like Licht Regen, Seele Schneider, etc. German naming conventions are part of the Quincy naming scheme. But I think Ishida’s grandfather had it right. Quincy Letz Stile just feels more compact XD. That’s going to take a while for me to memorize. 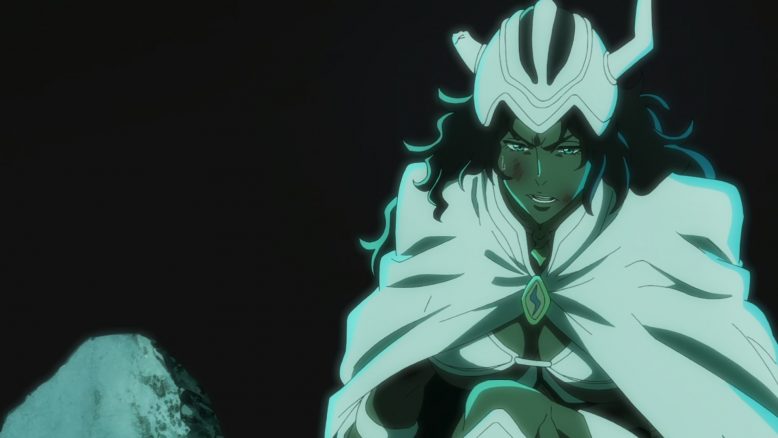 They did their best here.

I did like that Halibel’s followers did pick themselves back up and contribute some more. It didn’t work out, but I respect their efforts. And this does open some interesting questions. What is up with these Quincy? What have they done to themselves? That durability is not human and that’s what Quincy are supposed to be. Obviously, the King must be something different since he fought Yamamoto a millennium ago and he’s still kicking. But are the rest of the Quincy immortals? Or did they transition to spirit bodies to live longer and plan out their revenge? Then there’s those eyes when that guy transformed…. Even before he absorbed Ayon he wasn’t exactly looking human there. Was it going down some twisted path where Ishida’s grandfather drew the line? 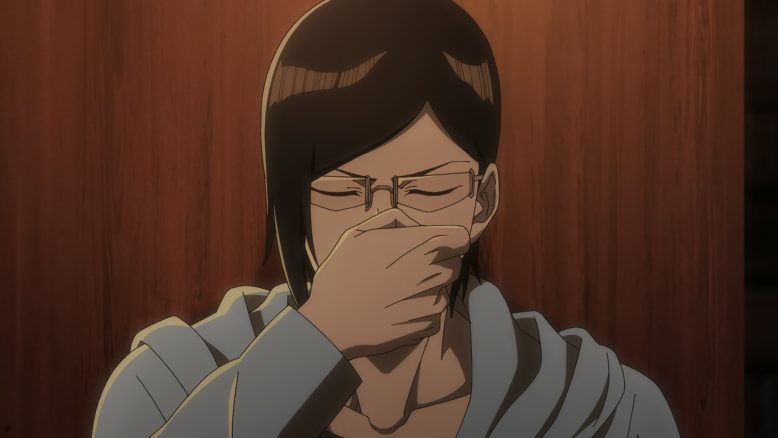 Where will Ishida’s arc go, I wonder…

On that note, I really liked this episode for Ishida. He really was blindsided by all this. But he also realized fast that there is some connection to the Quincy in all this and wanted to find out more. I suppose he can still call himself the Last Quincy. Or at least the last traditional one. It feels like these guys went down a different route and Ishida’s grandfather wanted nothing to do with it. Of course…you can’t exactly say he was purely right there. The result was he and a lot of Quincy getting killed, captured, and tortured by Mayuri. If he had aligned with this crazy group he would have lived longer. But again, since we’ve only just barely gotten to see this new Quincy group it’s hard to tell how messed up, they might be.

An interesting part of all the questioning from Ishida…was that his mother was brought up. What exactly is Ryuken hiding? What was Ishida’s grandfather hiding? And what exactly makes someone like Quilge think that Ishida is so much more powerful than himself? We haven’t seen Ishida show anywhere close to that power outside of his battle against Mayuri and it nearly cost him everything. Without that move he doesn’t have that level of firepower. That was clear throughout the Aizen war saga. Ishida was effective, but he had to be creative, careful, and evasive. He couldn’t fight head on against higher level Arrancar opponents. I’d fully expect Ishida to come out of all this a great deal more powerful, but how it happens remains to be seen. 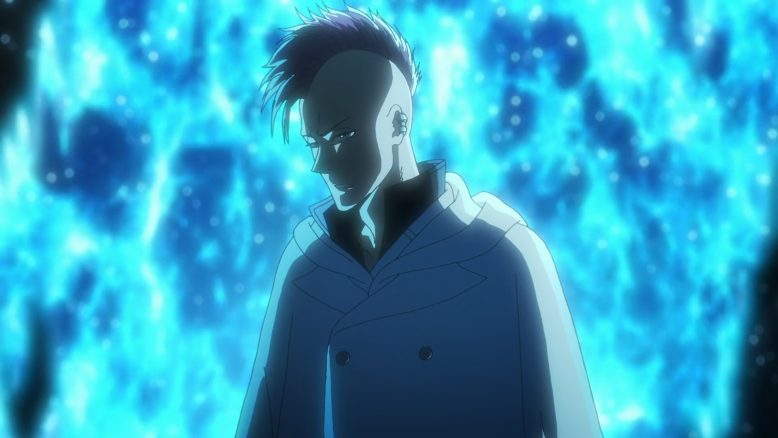 Makes me think about their plans…

This war started off with a flurry. But it was the words the led up to it that hit hard too. Mayuri admits to being the one to dispose of those souls…because of course he was! 28,000 souls were basically told “well time to reincarnate” and were sent off on their way! All to balance out the souls being expunged to maintain stability. Now it’s one of those “questionable acts for arguably a greater good” but it’s still pretty messed up. Hopefully those people weren’t abused before they were…moved. I don’t like Mayuri. But I also don’t have any idea how else to avoid that disaster. Sadly, there was no room to chew him out since he was more on the attack over the Head Captain not having killed this King in the past.

It does make me wonder what the Quincy are thinking. Is it just being purely blinded by revenge that they don’t care if the world ends? Are they that short-sighted? Or do they have some plan to avoid total disaster by eradicating all those hollow (and probably Soul Reaper) souls? I won’t say that they can’t be that insane, but they might be. 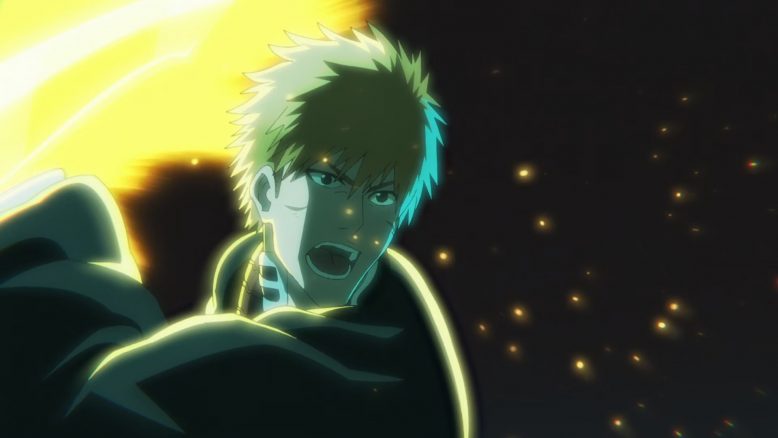 I have no idea how this is all going to play out, but I’m once again hyped for the next episode. Even if Hitsugaya narrating the preview didn’t mean anything, I think we’ll get a heavy focus on the Soul Society war next week. I guess it might be more of a slaughter if the end of this episode tells the story. But let’s see how the captain class Soul Reapers handle things. I do think it will go badly though. If bankai is off the table their hands are too tied against an opponent like this. But seeing how things will play out is what really matters. All I can say for sure is that this show has been a treat since it came back. And this episode was another absolute win.