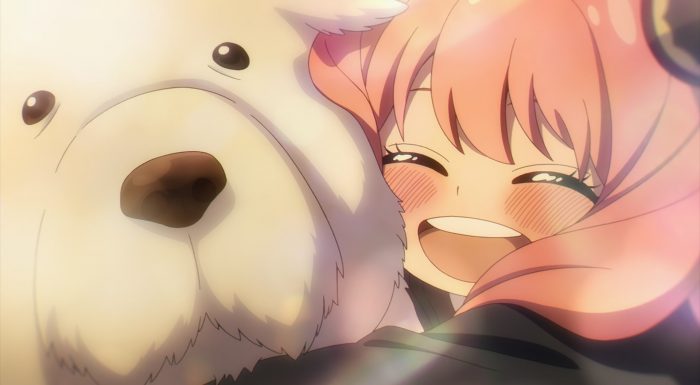 This was a nice way to wrap up the bomb dog incident. My only regret is not getting enough time to see that scumbag Keith suffering for his actions. Although maybe that will come up in the next episode during an interrogation scene with the secret police? Regardless of that, I think they wrapped up the major issues well. It had some good action, sweet character moments, and it leaves me curious to see what the next issue facing the Forger family will be. I mean they secured the classic family pet so I’m not sure what is next. Anya goes to the dentist? They could go anywhere beyond simply continuing the focus on Operation Strix. 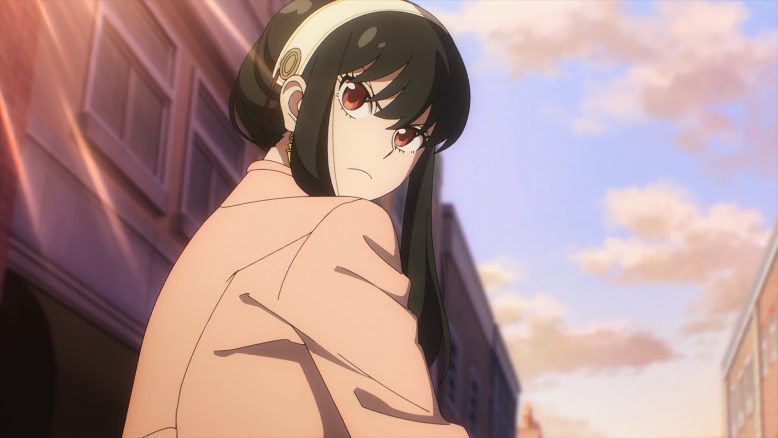 Once again, I just love how ridiculous this family is. The focus this time was mostly on Yor and Loid doing their own crazy stuff with Anya running around after having set things up in the previous episode. Loid did a pretty good job here. He was ready to get the job done but didn’t want to kill a dog if he could help it. I’m sure if there was no other way then he’d make the sacrifice, but he didn’t have to. That poor dog really was just dragged into stupid human conflicts without any say in the matter. So, it was a good move to just get the bomb off it and put the dog somewhere contained that it could be retrieved from later. Took superhuman shooting to pull that off, but he did it. Nice touch as well to protect his arm ahead of the confrontation.

Yor was pretty darn incredible herself. She was mostly running around during this whole situation trying to find Anya, but she played her part. Keith undoubtedly would have been caught eventually. But it was very satisfying having her kick his freaking car and making it crash! Sure, he was trying to swerve past her, but that’s the kind of police take-down that they use cars for! Yor is awesome even when she only has small parts to play. She got to take down a few criminals and could leave the whole situation feeling good. Makes sense though that while she and Anya were all smiles, Loid was just exhausted. He’s far more human than Yor after all XD. 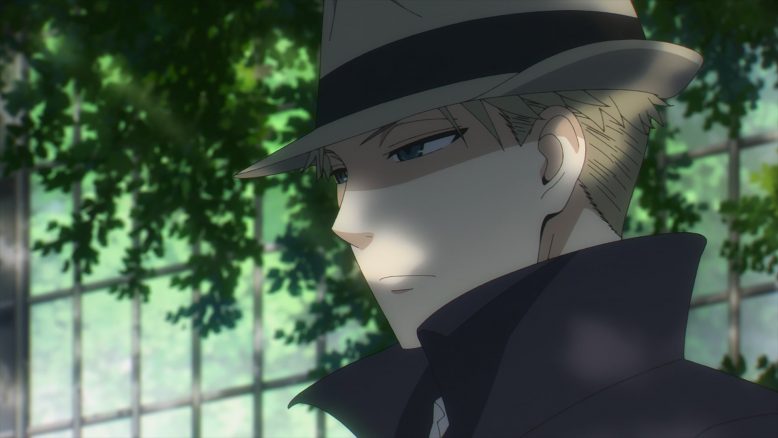 I feel for Loid’s conflict

One thing I appreciate is the somber moments for Loid. Anya may be psychic, but she’s still a child. She can’t yet grasp the weight of their whole situation the same way Loid does. His own words coming back to hurt him though. He can be a proper parent and tell Anya that she must be ready to take responsibility for that dog to the end. Just a tough reminder for him that he’s not yet ready to take responsibility for this family. I get it. He still must keep in mind the bigger picture and it’s hard to be ready to take on the fight needed to keep this family going. He’s their ace operative and having him available for other missions in the future will be valuable. He’ll get there, but right now he’s not ready to truly embrace this found family. 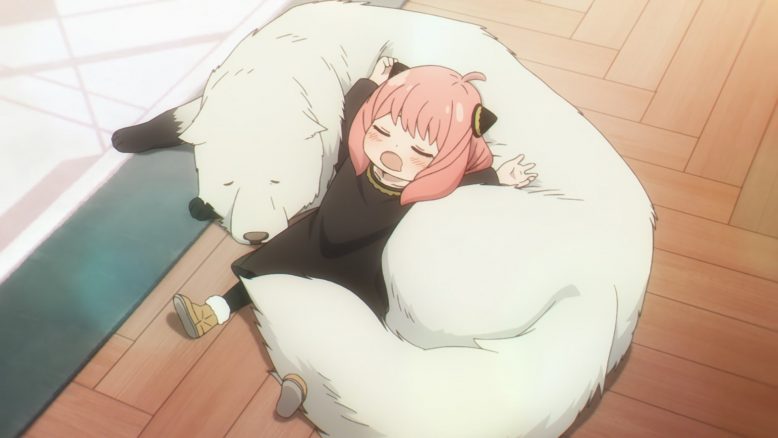 Sweet moment there with Anya fighting to keep Bond (oh thank god he’s got a name now). It really worked because it further gives Sylvia more depth. I’m finding her a much more interesting character than she appeared to be in the first part. You can start piecing together her life story and empathizing with how she ended up here. It seems safe to say she lost her family including her daughter due to war and conflict. I think protecting smiles like with Anya helps keep her going. And it makes sense she was willing to bend the rules to keep Anya happy beyond just securing the future of Operation Strix. One little chance to spoil a child that reminds Sylvia of her daughter. That’s not bad at all. 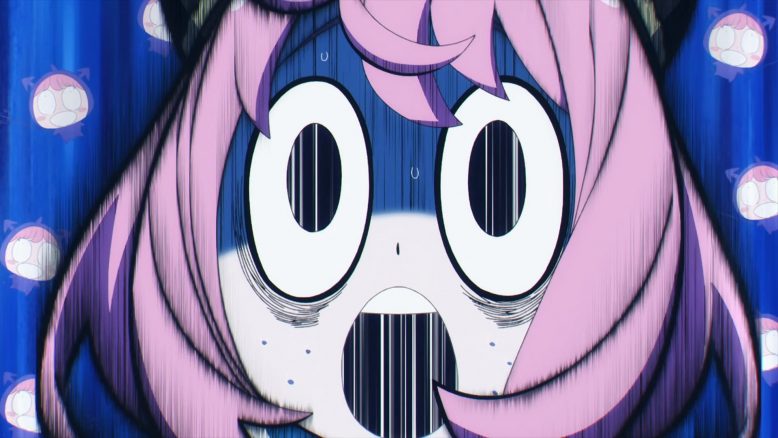 This show is on a mission to give her amazing expressions

The comedy was back in full force when Anya got back to school. Becky was understandably happy that Anya was over her “Starlight Anya” phase. And it was hilarious when Damian didn’t care about her getting a dog. Her big plan blowing up instantly because…it wasn’t a big deal to him. The kid really isn’t bad and I like him trying to be nice to Anya, only to have her make it a lot tougher than he’d imagine. With her bragging about her dog…while not having even named him yet. It did get balanced out though with her finally figuring out a good name for the dog. I’m sure the Bond and Anya duo will get some nice moments in the future. 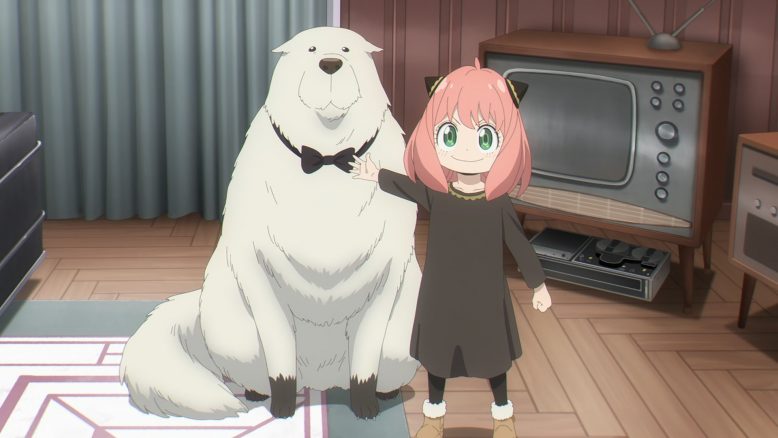 Honorable mention to the brief but horrific backstory for Bond. That poor dog. And I’ll extend that to all those dogs tortured for those sick experiments. Bond and Anya really can relate to each other on a few levels. I’m sure Bond will be carrying a lot of traumas in the future, but at least he’s finally got a good home. He really is a pet that suits the Forger family. None of these people have had normal lives and certainly don’t have normal abilities. No question he’ll be in risky situations in the future, but it’s a lot better than what his past has been. 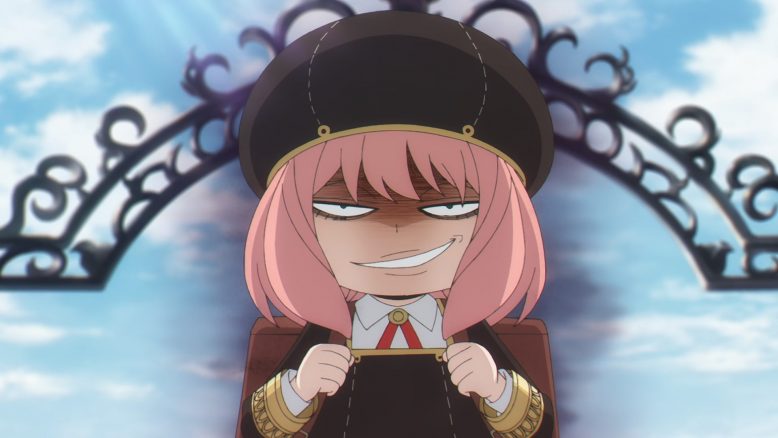 One of our heroes!

This show just remains good. I liked the little moments we got in this episode that let the various characters shine. Be it awesome moments like stopping a bomb dog or cute moments like…Anya being Anya. I’m not sure where we’ll go next, but I won’t mind a few small and silly episodes. The second part has gotten off to a nice start. No matter where this show goes, I’m certain to enjoy the antics of the Forger family.