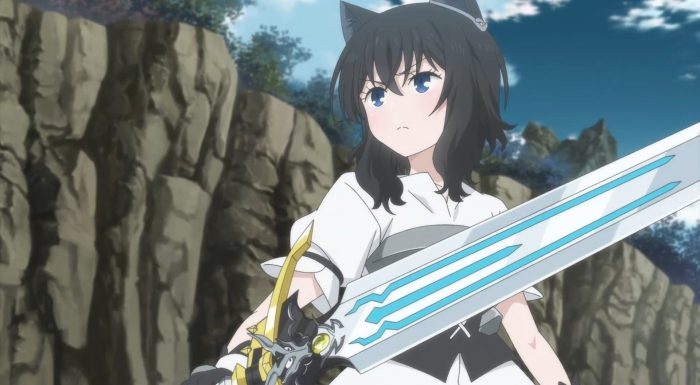 Tensei Shitara Ken Deshita feels like it will be an under the radar darling of the fall season. This show just manages to continue getting better as it goes along. Not that the first episode was a bad one, but it took off in the second episode and continued that upwards path in the third episode. The journey of Fran and her “sword dad” remains really engaging. It is managing to mix light and darker elements without weakening either one. If it can maintain this balance, then it should remain a good series. If nothing else, I do expect Fran to remain a likable character while also being forced to face her flaws. 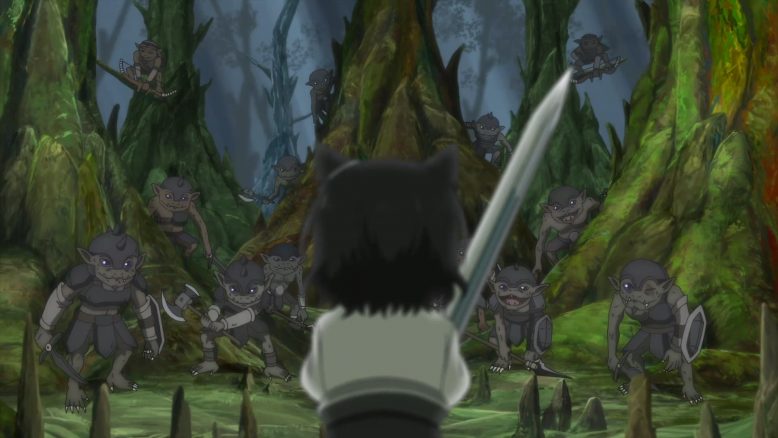 Sometimes retreat is the best option

Part of me wondered in the previous episodes how the show would handle keeping Fran from being too perfect. She’s a cute character that wants to fulfill the dream of her dead parents. There is a lot to like and appreciate about Fran. I find it hard to route against someone that was enslaved and is just so darn happy to have basic things like food and shelter. But that doesn’t mean I just want Fran to be some perfect badass that can chop her way out of any situation. Thankfully the show does seem to be leaning into making her face her weaknesses. Fran’s lived most of her life being told what she can’t do. People discriminate against her kind, her parents died, and she was a slave. The latter isn’t exactly a status full of freedoms. So, it makes sense that she doesn’t want to fall back here.

I feel like Fran is going to hit a wall though. She’s still flesh and blood. The sword can basically go all the time so long as it can absorb some mana. But Fran has stamina and can be killed much easier than a sword can. She may be desperate to fulfill her parent’s dream and evolve, but that can’t mean acting recklessly. Fran is being outflanked, pressured, and overwhelmed by numbers. Retreat makes the most sense, but she’s refusing to follow that advice. There are times when retreat isn’t an option and the willingness to stand firm is important. But this isn’t one of them. She’s nowhere near the goblin nest and she’s already in a bad state. Fran must learn when to fall back, get help, and fight another day. Right now, her courage is more stubbornness and could get her killed. 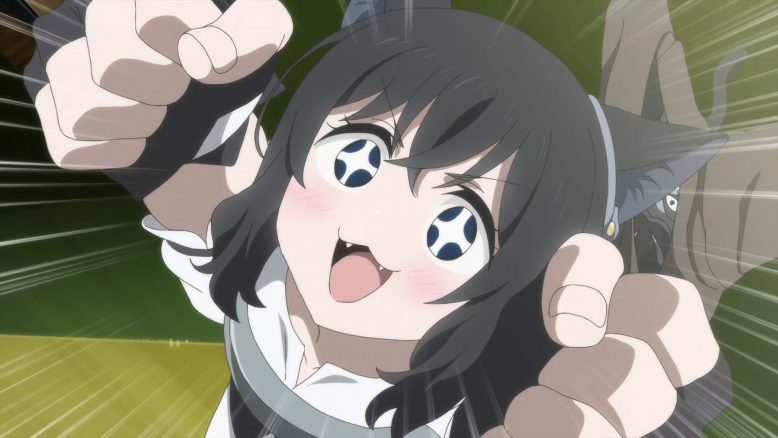 The great thing about this show is that it can have serious moments like that and yet also have a lot of solid setups earlier in the episode. There was so much fun to be had just watching Fran go shopping, find her inn, and have a bite to eat. A lot of that goes to the nice dynamic between the sword and Fran. This guy really is embracing being this parental figure in her life. There’s something truly sweet about seeing Fran react to just…having a decent room. Her life has been so brutal that just a normal inn looks like heaven to her. She’s legitimately over the moon about it and that just hits hard. In that sense I can totally get the sword wanting to spoil her when possible and going all out to cook her a great meal. That girl deserves some happiness.

Another aspect of the shopping trip reflected how narrow her focus can be. She didn’t think much about buying underwear or shopping for casual outfits. At least that mattered little compared to her interest in getting some armor. She was also hyped about cookware so it’s not all about combat. But some things just don’t qualify as a priority for her. Without a slightly pushy shopkeeper that girl wouldn’t have been swayed to get that part of her shopping done. It’ll be nice to see her loosen up a bit and spoil herself a bit. 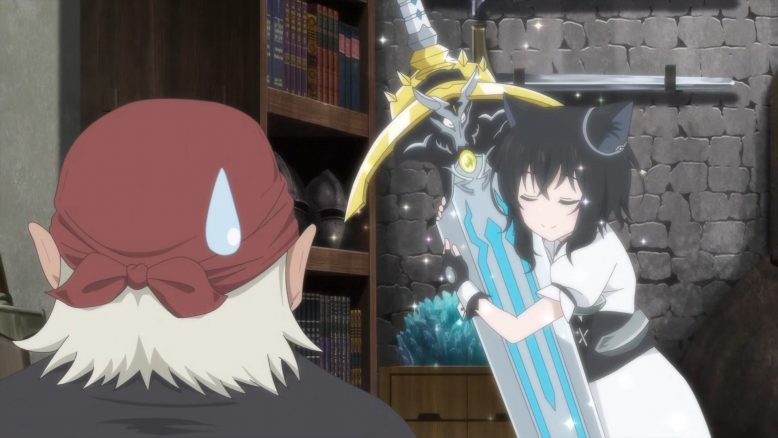 Garrus is a good guy

I liked the Dwarf. He was a good guy and will be an important contact. I can see this guy being a steady presence. He’s still got to work on the sword’s sheath and Fran has her version 2.0 armor coming up after about a month. That’s a believable timeframe. It was good to both give the sword someone he felt comfortable talking to and someone that could offer good information. For one, it was just nice to have the whole “everyone has a higher attack stat” thing drop. Yes, in terms of base stats those weapons are better. But he’s a freaking magic sword, that can use various magics/skills, and can improve his attacking power when mana is channeled through him. He’s fine!

No question to me that he’s one of the divine weapons of that world. At this point he’s not on that level. But he’s a living sword that can grow. His stats are only improving with time and there’s a road of progression ahead. One thing I’m curious about though is who made him. Was he made by some supreme craftsman and then had this isekai’d soul put into it? Or was he straight up made by some deity and then his soul was brought there to inhabit it? I’m not sure based on the first episode. But so far, I’m really liking the potential here. It also makes me curious if any other divine weapons or isekai’d characters are out there in this world. 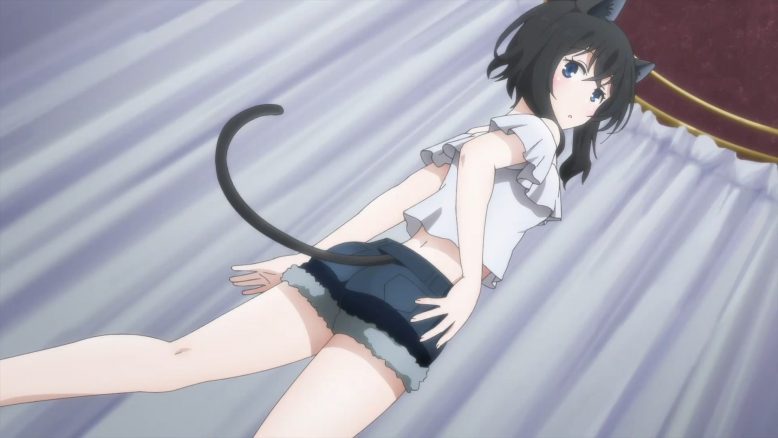 Fran is a great part of this season

So far this is one of the best starts for an iseaki I’ve seen in a while. The dynamic between the sword and Fran just works. There’s a sweetness to it. In some ways it makes the sword feel like getting thrown into this other world and into a sword was worth it. Because he’s really getting attached to this girl and wants to see her happy. I can really get behind him feeling like he truly came to this world for Fran’s sake. He’ll take care of this girl and help her reach her dreams. So far, the sword is playing a great role in supporting Fran’s journey.

I may not be able to pick this show up for the season with all the other things going on. But this episode made me think and I wouldn’t have felt right about not talking about it. I really hope people aren’t passing it over because the title sounds silly. It’s one of the good shows of the season.