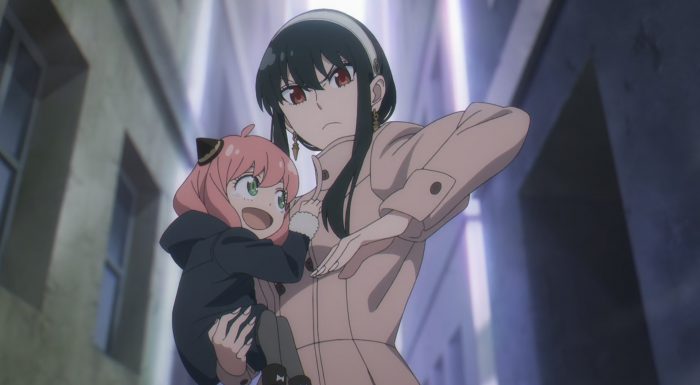 The Forger family is back in action! It is nice to have this group back and I could feel the smile on my face as the episode got started. There are just some shows that are a pure joy to watch and this really is one of them. Things picked up right where they left off and that naturally means this family is walking into trouble. They are all basically wrapped up with this terrorist plot from different angles. I’m sure they will all chip in to deal with this crisis with Anya (and maybe the dog) being the only ones with a relatively full picture of what has happened here. 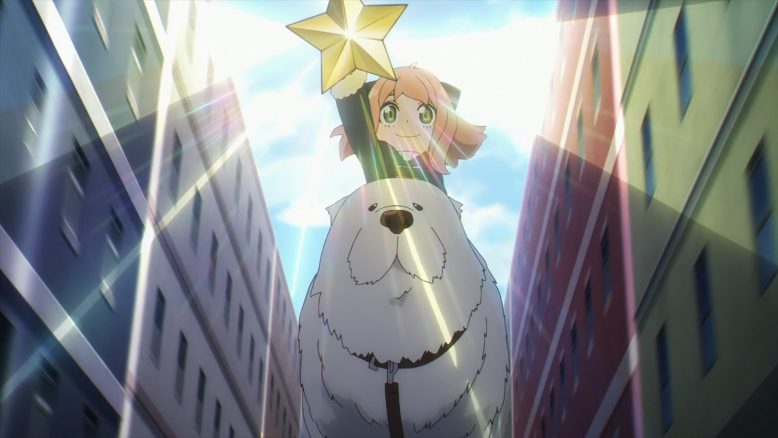 Anya really needs to be careful. She absolutely has two of the most powerful and intense parents in that world. But that won’t do her much good if she gets killed before they even know something is wrong. She let her curiosity over the dog take control and there was no backing out once she got in too deep. Now it was probably the best thing overall since that dog has his own powers and this incident might be too much for Loid to manage during a fake bathroom break! Honestly though, the show really doesn’t mind letting the tension build up. Anya was about to get gutted like a fish. There’s no real way to make us think Anya is going to get killed. But at least the show does a nice job showing real scumbags that would absolutely be willing to do so if they had their chance. 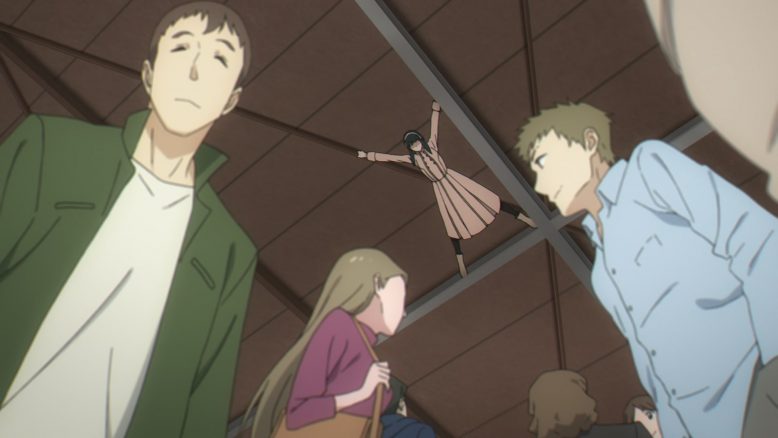 That’s one way to search a room

At least Anya’s recklessness allowed other characters to shine this week. Yor returns as one of the best anime mothers you could ask for. She may stumble at times when it comes to keeping her daughter out of danger at all. But she will race around like a beast and brutalize anyone that threatens her! For better…or worse she’s convinced herself that these guys are kidnappers looking to force Anya to marry them. But at least she does have a good understanding of them being bad people! The attack dog looking terrified is completely justified. The most dangerous animal in that world after all…is Yor!

I just really like Yor’s whole character. Of course, she can just launch herself onto the ceiling at that event and peer around the area for any trace of Anya. She is a total goofball though. The opening part of the episode did hint at her still being a rather bad cook. Credit to her though since it appears as if she’s really trying to improve. It’d be easy to just let Loid do all the cooking, but she wants to be a good wife and mother. Even if it’s supposed to be a fake family. Even if Yor isn’t good at everything, she is more than capable of defending those around her. And in a setting like this…that’s a good trait to have! 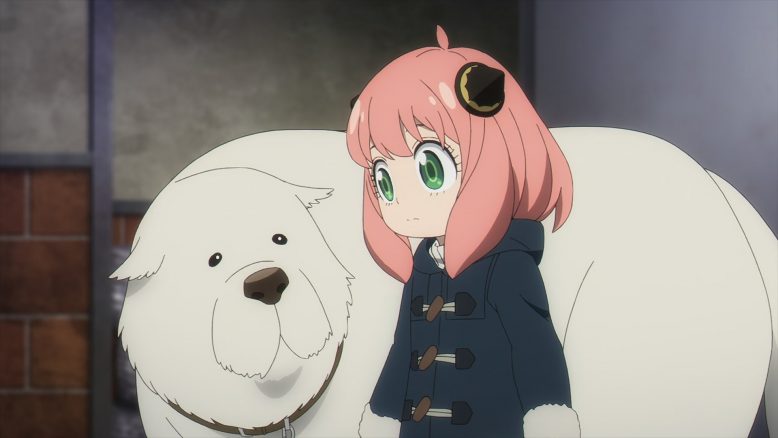 Not everyone is a fighter

So far, I like the dog. He appears to be a Great Pyrenees breed and seems like a very strong candidate to be the Forger family pet. Of course, even the pet of a family like this must be supernatural in some way. If he can see the future that’s an interesting creature to add to the mix. He’d be a pet that could only seriously communicate with someone like Anya. If she can read his mind and see his visions of the future, then that gives her even more information to work with. It’d be downright broken if somehow Loid could see those visions. So having him only realistically being able to communicate with Anya is a good way to balance things out. Anya after all is immature in a lot of ways so she can’t fully abuse his powers.

My favourite scene for the dog might have been him hiding behind Anya when the goon approached them with a pipe. He’s a good dog and heroic in a few ways. But he’s also an animal that has likely been abused in his own right. It’s fair enough that he wasn’t ready to fight all these criminals. At least he can run and did his best to help Anya out of a bad situation. Just too bad that…he doesn’t seem to have a good sense of direction. Though maybe there was a specific reason he was running in circles. It seems obvious that he’ll join the family. I’m just curious to see how these events will play out. 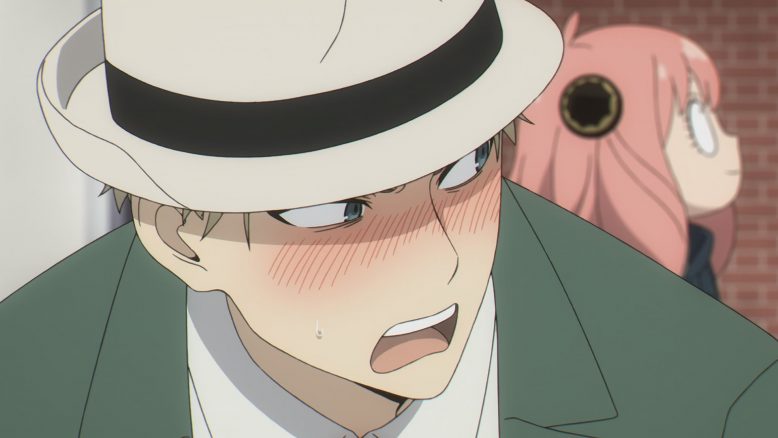 Loid is lucky that he has a telepathic daughter and a sweet wife. That the whole stomachache excuse worked at all is a miracle. But it’s especially a miracle that Yor isn’t suspicious of how long it has taken for Loid to catch up with them. Hopefully she doesn’t insist that he stop by a hospital to get checked out! He does have a tough balancing act to keep. It isn’t like he can ignore a terrorist attack that could trigger a war just to keep his other mission going smoothly. He’ll just have to take his risks and do the best that he can. And as always I appreciate the skills involved in his disguises! The man is good at what he does! 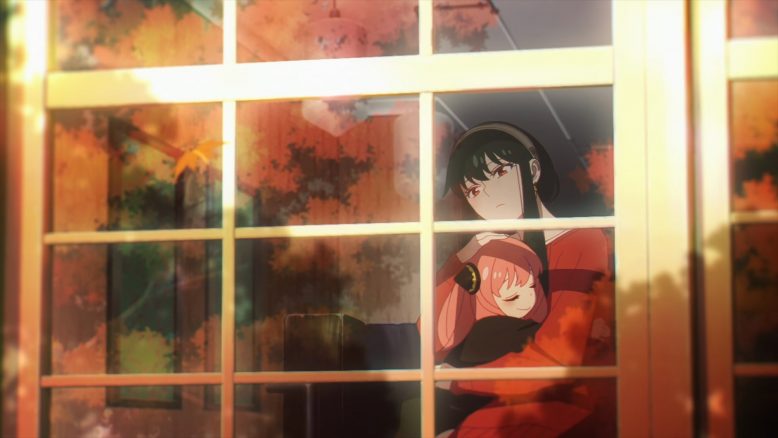 I’ll also say that I loved the new OP. The previous OP wasn’t bad, but it also didn’t quite work for me either. This one just felt immediately like an OP that I’ll rewatch regularly. It does a good job showing both the individuality of the Forger family and how good they are together. Bump of Chicken usually does great work with their OP or ED songs and that remains the case here. There’s a lot of style with this opening that fits this franchise. I wouldn’t expect anything less on that front. The ED was good also. But the opening was what really stuck with me here. 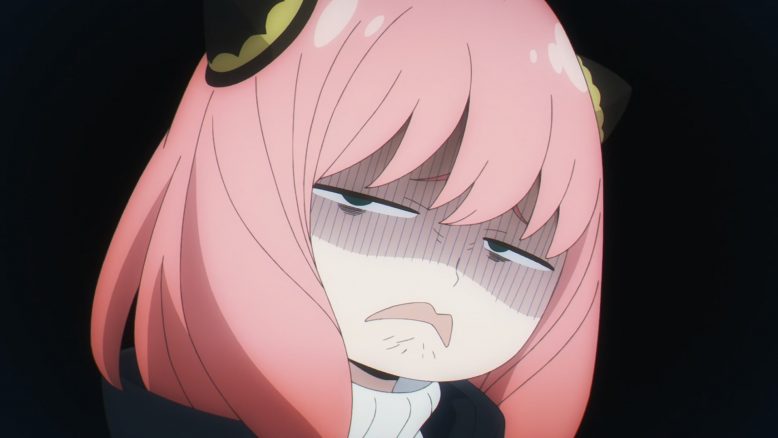 Anya’s great expressions are back!

Having Spy x Family back is a great thing. It wasn’t tough to go without it for the summer since that season had some great shows. But there’s something about having an enjoyable show back that allows the season to start on a strong note. I’m loving how many of my most anticipated series are coming out early on this season. I’ll only be waiting on a few favourites deeper into the season. Still not sure which shows I’ll be covering, but this could easily be one of them.