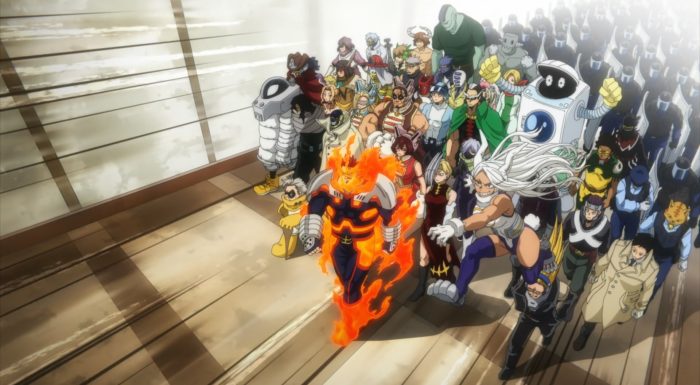 I’m grateful that they finally gave up on making the first episode of a new Boku no Hero season a recap episode! Even just spending a few minutes at the start recapping the previous season felt like a win compared to normal. It might also be because the previous season was something I’d like to forget XD. It wasn’t a total disaster, but it had a lot of issues. It’ll be interesting to see if this season can finally get the show back on the right track. Starting off with an episode kicking the war between heroes and the Liberation front into high gear was a nice touch. Things are moving along now, and we’ll see how they play out. 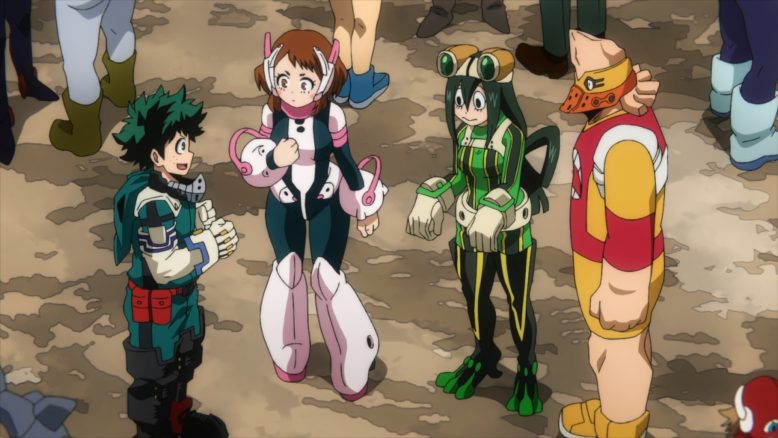 At the very least this is a much better way to start a season than a relatively boring Class A vs Class B lesson. There is still technically an A and B situation here. Endeavor’s group is taking on the hospital and Edge-shot is taking on the Liberation Army. Considering that this is basically the heroes full force at work here…I still feel like their odds aren’t great. Doesn’t seem like anyone can take on Tomura right now. Sure, he’s not “complete” but I have a feeling this incomplete state is more than enough right now. Who’s going to take this guy? Endeavor? He nearly got killed by a super Nomu a while ago. Without All Might the heroes really are in a fragile position and I’m not sure they fully grasp that.

Clearly Deku can well surpass All Might. His bonus powers (which I still don’t like) give him a ceiling that’s utterly insane to think about. But he’s obviously not there yet. The only real question with Deku is whether his body will fall apart before he can master these powers. He’s pushing what he has to the limits and may be falling apart faster than he’s going to get stronger. The biggest issue is that he’s nowhere near close to Tomura yet. That he’s seen as a backline unit right now is making that apparent. Just not sure how this story plays out without enough of a time skip to let this guy grow up physically a bit. 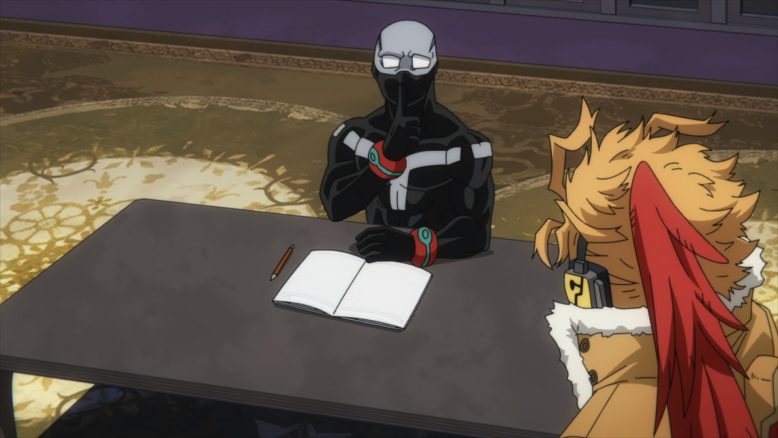 Too bad that Twice is on the wrong side

There are various little elements that made this episode work. Hawks and Twice have an interesting situation playing out. Hawks isn’t feeling bad about most of the people he’s betraying while pretending to be an ally. But Twice really is both naïve and a relatively good person. Honestly if his sense of right and wrong wasn’t off then he could be a helpful person. Sadly, he’s just being helpful to a rather unfortunate bunch of people. And it’s true that he could be one of the scariest people on the planet right now if he’s past his trauma for good. I do wonder when he’ll find out that Hawks isn’t on their side and just how that will play out. Someone that delicate could really snap from a severe level of betrayal. 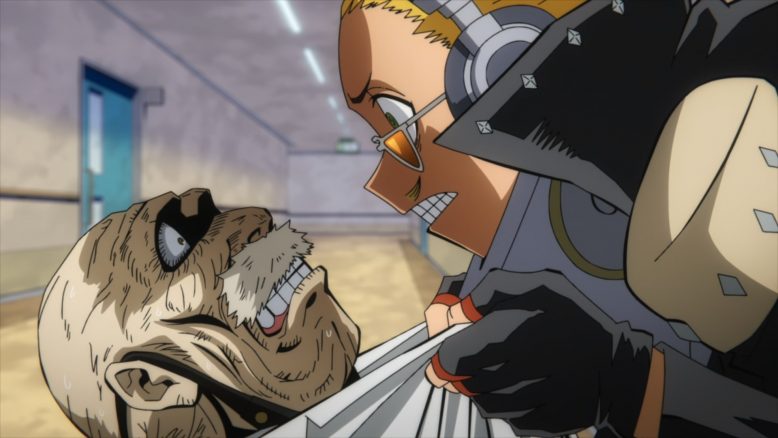 Even if he was a fake…good scene there

I suppose it makes sense that the Doctor either always had that quirk to keep him aging slowly or got it from All for One. He was the closest person to him and there must be a reason why both of those two are still alive despite the very long history of One for All. So that quirk explains things and it was a good way to answer some questions quickly using Aizawa’s quirk. Even if once again the duplicates made it a waste of time to grab that old man. At least they know a few more things. That might matter less now since part one of the battle is underway. Dealing with a whole army of Nomus won’t be easy.

In that sense Mirko is in the greatest danger right now. I get that she’s strong and can handle herself solo. But she is walking into the tiger’s den right now. Not much that a close combat type can really do against Tomura. At least I don’t think there’s much they can do against him right now. So it’s not a great situation. Hopefully she can survive until assistance can get down there. But the biggest issue is that I’m not sure if any heroes can face Tomura. That might be the whole point of this arc… 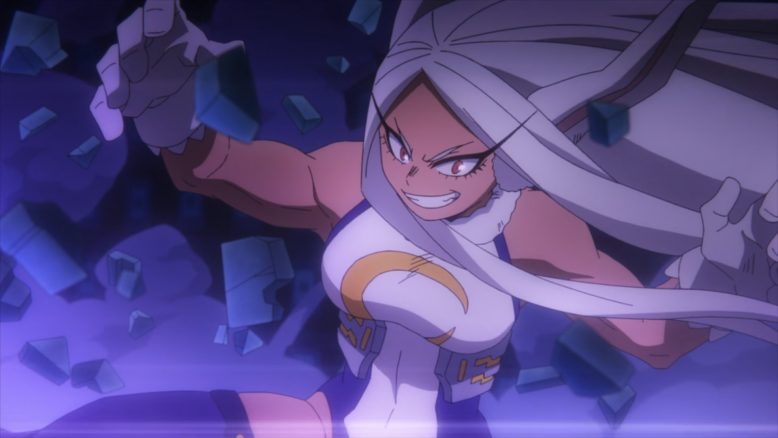 Bunny lady on the move!

Not a bad first episode. I did have a good time with it. But there’s no doubt that my feelings aren’t as strong as they would have been a few seasons ago. I do need to see this show maintain a strong season the whole way through before I can regain some hype. But I can’t complain about this one. Fully expect to not pick this one up for the first time in the series just because of how packed Fall is. But we will see how the rest of the season plays out!

in Boku no Hero Academia S6