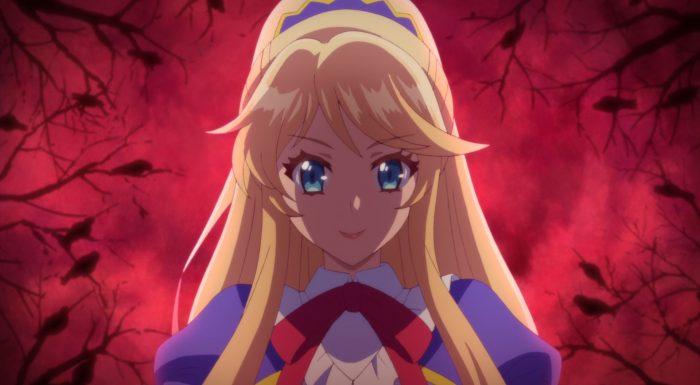 This season is really hitting the ground running! As far as first episodes go, this was pretty fun! You can never tell how a season will turn out or what shows will end up surprising you. This show definitely has similarities to others within the terrain of villainess reincarnation stories. But it stands out in terms of first episodes with the nice mix competence, humanity, and comedy of the protagonist. Aileen stands out with just being incredibly likable without being too perfect to handle. She’s got odd elements to her and her past is full of flaws. But it will be nice to see a nice mix of good and bad with Aileen going forward. 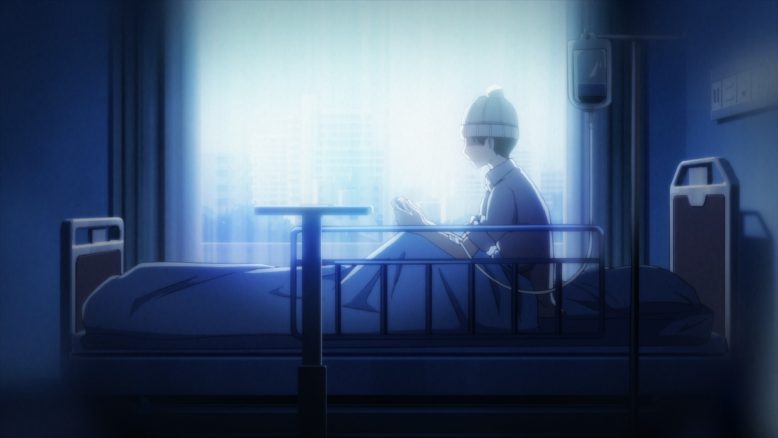 I will say that this is again an isekai type situation where you could pretty easily discard the isekai element. Aileen honestly treats herself as the person who is living in that world and not so much the girl she was before presumably dying and reincarnating. If the story just gave her the ability to know the future, an encounter with a really good fortuneteller, or just giving her the ability to rewind time after death (just not as extreme as something like Re:Zero) then she’d still be very much the same person. I get why it is an isekai. Isekai is still such a huge part of light novels, manga, and anime. So, if a fantasy series is technically made isekai then it will get a bit of a boost from that. And I’m happy enough to not have the isekai element be too prominent beyond just establishing motives. 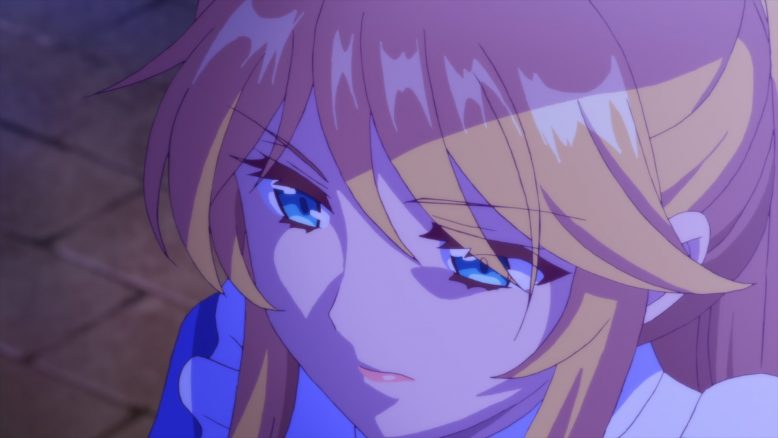 I can empathize with her a bit

Aileen’s motivations really are understandable and easy to empathize with. The girl just wants to live and not give people the satisfaction of seeing her break down. I’d consider that to be a pretty human reason for taking action. No shock that Aileen was really hit hard by her engagement being annulled. I think her monologue about telling herself not to cry and keep up her smile really did grab my attention early on. Mostly because I think a lot of people can understand the feeling of not wanting to show when something is really hurting them. Her willpower and pride aren’t bad things to have and carried her through this episode.

It seems safe to say those elements also helped win over Claude. The Demon Lord could get a feel for her personality even in this early going. She’ll go through a wall to do what she thinks is right and also will swallow her pain to appear strong at all times. The guy being willing to help her out in various ways and wanting to see her tears actually lands quite nicely. Since the obvious meaning is his desire to see her honest feelings without her feeling the need to put up a front. Things aren’t quite there yet, but she’s definitely more willing to show off various sides of her personality in front of him. 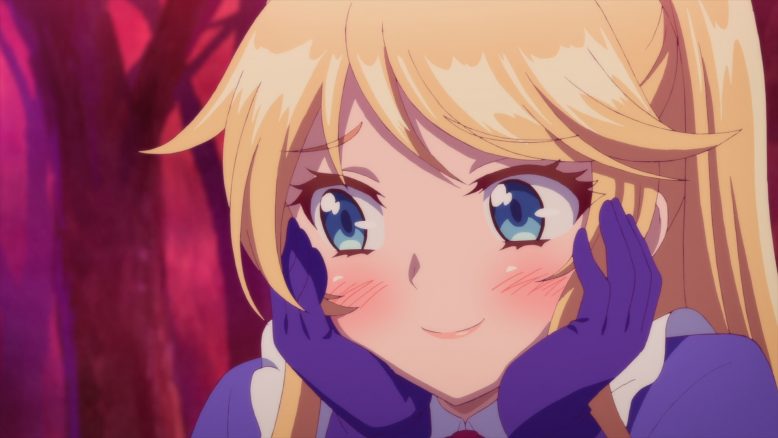 Honestly the leads of this show are both really likable people. Aileen already made her mark and there’s plenty to like there. She may be trying to keep herself alive, but there’s no shame in that. And any outward appearance of pride comes along with her acknowledgement of her limits. She knows what she can’t do in comparison to others and that just further drives her forward. It’d be nice to get even more looks at her past instead of just getting the quick notes about it. But we did get a little bit of that with seeing her interact with her father. His daughter’s engagement is dissolved and he hasn’t got a word of empathy? I know the guy is a politician, but they aren’t in public or anything. He could show a little humanity there.

While Aileen is really likable it isn’t as if she’s a saint. She’ll use various means to chase down her goals and she holds a grudge! I love that she actually lured in one of the crows that badmouthed her previously and fed him an anesthetic! Wow! This girl doesn’t mess around. It was just to get Claude to stop with the magical interference to face her and she knew he could heal the crow anyways. So, it’s not like she intended long-term harm. But that was also followed up by the love potion! There are absolutely elements about her that could make people perceive her as villainous! 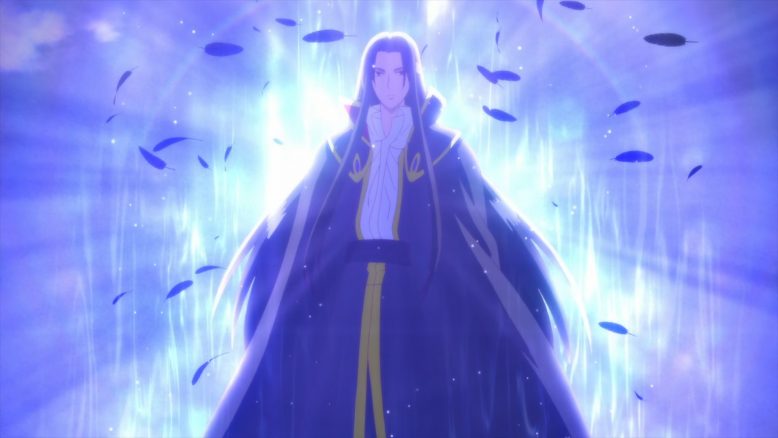 His biggest flaw is being too awesome!

Claude seems like a really cool guy. Who the heck wants to upset this guy so badly that he becomes the last boss of that world and turns into a berserker dragon? He’s got really powerful and cool magic. There’s no question that Aileen will fall for him fast and is already on that path. Claude has good looks, awesome magical powers, cares about people, can get embarrassed by direct affections, and is pretty responsible. I suppose the biggest issue is the show needing to find a way to make him a bit less perfect! The biggest flaw for him right now is pushing people away when embarrassed and I suppose that he could turn into a terrifying monster. But the latter is really only an issue if people are stupid enough to treat him badly. 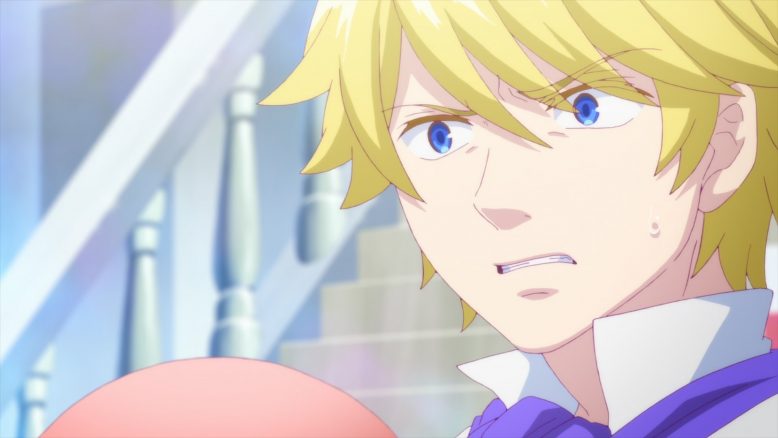 This guy is a piece of work

This episode was just a lot of fun. The biggest thing will be the supporting cast and we’ll see how they turn out. Cedric honestly seems like a jerk. The guy dissolved his engagement in public…and called out Aileen for a ball so he could do it again. What is wrong with that guy? I can imagine him having a poor opinion of Aileen for various reasons, but this is ridiculous. Lilia seems nice enough. I almost feel bad for her when it comes to ending up with Cedric. Hopefully he treats her decently. The rest of the cast will take some time to get a feel for.

But in terms of first episodes, I think this one nailed it. The biggest thing is making a good first impression and Aileen helped that along extremely well. There are various things the show will need to do well in order to keep up with this momentum. But at the very least it started on the right foot. I can’t imagine I’ll cover this one with how packed Fall is, but I’m happy to give it this much attention.