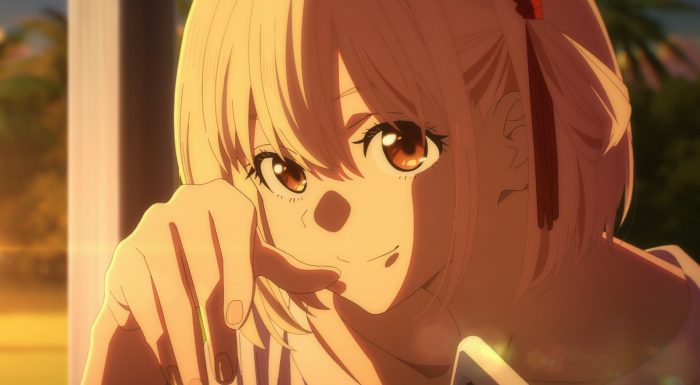 The last episode of Lycoris Recoil has arrived and they certainly went all out with it. A lot of things that I expected to see did happen, but there were some surprises at the same time. I’m sure an episode like this won’t necessarily satisfy everyone. If nothing else though, I’m able to leave this show with a smile on my face which I wasn’t sure would be the case going into this episode. I really wasn’t sure how this would turn out and I’ll give the show credit for at least keeping some suspense even going into the last episode. I think the characters and general story direction allowed that to land without making it painfully obvious that everything would turn out alright. 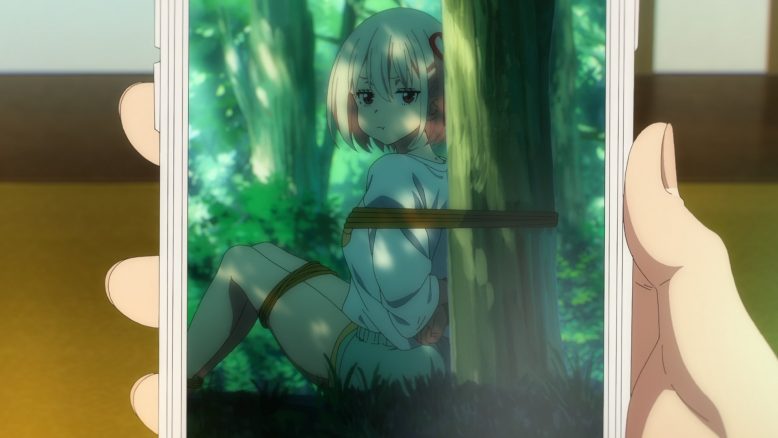 One Chisato to go please!

Honestly, I am glad that Chisato made it out of this show alive. One could argue that the ending would be even more dramatic and impactful if she didn’t. But I personally was hoping she’d survive this and tend to prefer an overall positive ending. A bittersweet ending can definitely work well. Just a question of how bitter the show ends up going. Chisato went through quite the roller-coaster in this show and I’m not going to regret wanting her to survive or being happy that she did. Since it allowed the show to end on a pretty fun note and opens the door to more of this series in the future.

It is a bit silly that Chisato went AWOL and Takina had to go on a hunt for her. But I can buy it fitting with her character. And I think an aversion to sad farewells is a flaw that nearly cost her everything anyways. If Mizuki and Kurumi didn’t come back on their own then not only would Chisato not have survived, but the Lycoris wouldn’t be alive either. It also created a lot of work for everyone (including Takina) to track her down for the end. Plus, it just made for an awkward situation where she eventually realized she wasn’t going to be dying anytime soon and yet couldn’t just go back after disappearing like that. Chisato is amazing at a lot of things, but is also an absolute idiot too. 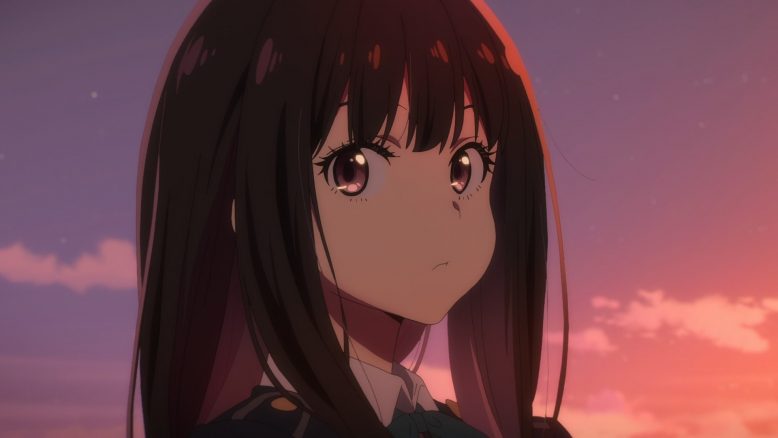 I’m glad Takina got what she truly wanted

I am glad that Takina got a lot of good little moments here. She didn’t get to join the last fight, but that just evened the playing field so that’s fine. At least Takina did get her chance to save Chisato’s life as she set out to do. It mostly involved making sure Chisato didn’t fall out of that tower while also suffering from a gunshot wound. I mean sure Majima managed to walk it off, but not sure Chisato would have in her condition. It was a painful rescue, but one that reflected that she had the ability to accomplish what she truly wanted in the end.

And it was a good bit of comedy having her and Chisato engaging in a gun battle in the woods there. Actually, reflected well on Takina that she got some hits in (presumably having practiced with the non-lethal rounds) and fought Chisato to a draw. They both got tied up there, but it at least allowed them to have a nice chat later. If there is any regret for these two it is that they held off on paying off the romantic tension there. I mean they are alive so there’s always a chance in the future, but it would have been nice to take things a bit further there. It does seem like there’s good potential on that front though with how their chat tended to go when meeting up near the end of the episode. 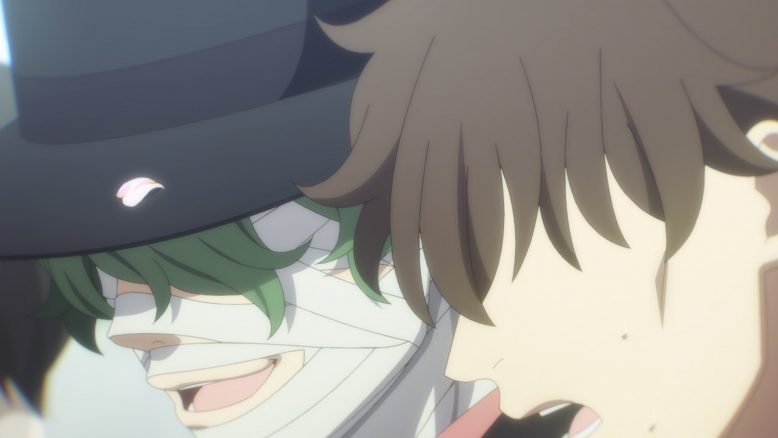 This guy has to be immortal

Majima basically got everything he wanted. He really does have supervillain level durability though. That guy just can’t be killed by most things it seems. The lid wasn’t fully blown on the Lycoris, but he is right in that doubts are going to build up. There’s just no way to fully eradicate all traces and doubts. They don’t have an available actor that can claim to be Majima and that tower definitely needed to be shut down for a while to just repair all the battle damage Throw in the guns that are spread around and it’s going to change things up.

I can get his desire to have a final 1v1 against Chisato. He lost pretty fast when it was 2 on 1, but things were a bit more even when it was just the two of them. The guy definitely has his own quirks, even having a chat while Chisato’s heart was starting to give out on her. Majima is one heck of a contrarian though. He tends to just want to side with the weaker elements and is find with shifting between villainous and more heroic acts depending on how the world is set up. Makes sense that he just faked out Chisato. I don’t think he’d want her to die and lose this fun opponent. Plus, he had set up so many plans that it was probably tough to set up even more contingency plans leading to this final episode. 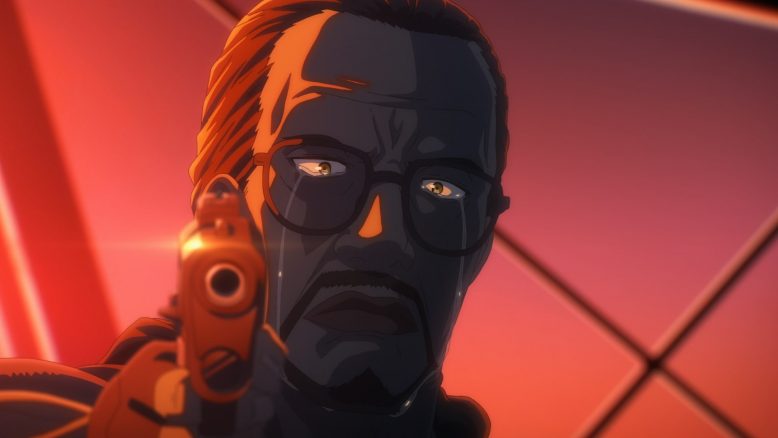 I’m glad for Mika that he managed to get his chance to shine. He managed to play everyone when it came to his leg. Well, I suppose he couldn’t play Kurumi who is probably the smartest character in the whole show. That allowed him to nicely handle that assassin secretary and presumably kill Shinji. I suppose it’s possible that he just knocked him out and took the case, but I doubt it. Mika knows that Shinji isn’t going to change and his survival would be a threat to Chisato’s life going forward. Killing him off now helps take care of that problem, even if the Alan Institute likely isn’t done trying to use Chisato quite yet. It was a tough thing for him, but I can appreciate the direction of him “going mad” for the sake of his daughter. 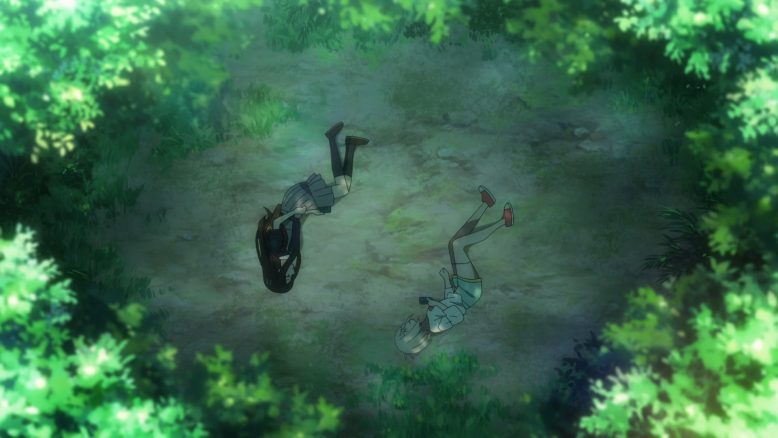 This fight while they are tied up is cute as heck

Honestly this was about as good a final episode as I could have asked for. There were a few things I would have been happy to see play out differently. But that’s alright. I’m just happy that characters I like were able to get out of this show in one piece. And I do think with the success of this series that we’ll get more seasons down the road. No reason not to fully tap into all the opportunities that this setting and this cast allows. I had a good time talking about this show and it made Summer quite a bit of fun. I’ll miss it, but every show ends eventually. 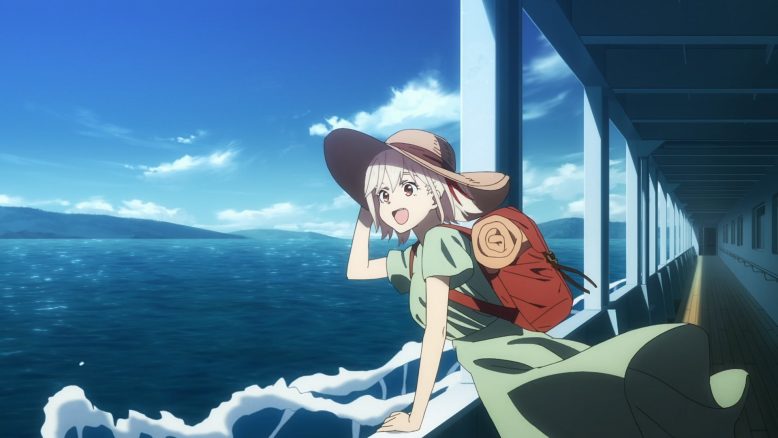 It is funny how things work out. This was a show that I wasn’t wholly sure about even adding to my season preview. The original trailers didn’t quite grab me and I wasn’t sure what we’d even be getting out of this. But it just shows the value of making sure to give every show a chance. It didn’t take more than an episode to get me hooked and I was fully on board for the ride to the very end. I know this show probably didn’t quite work for everyone. It definitely stretched logic and let things happen for the sake of fun even if it wasn’t quite logical. The characters were a bit too resilient (especially Majima). But at the very least it served the sake of fun and enjoyment. I can accept some flaws in logic so long as the show does something good with it. 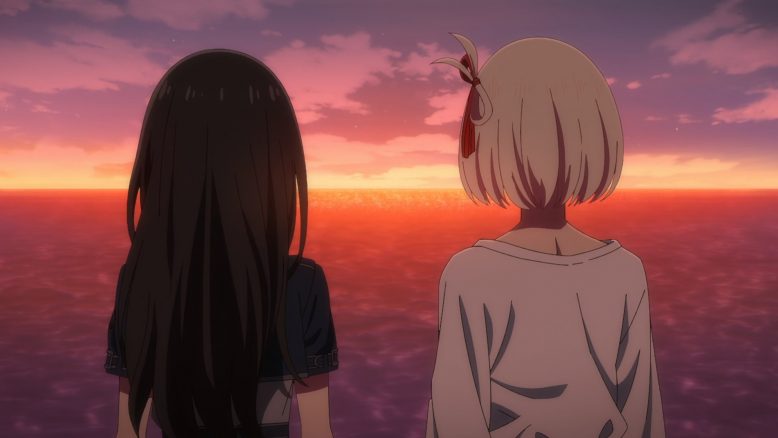 These two made the show work

Chisato and Takina really won me over as the show went along. I think Takina was my favourite in the cast since I could empathize with her being swept up in the craziness of her situation and Chisato’s personality. She had the purest growth out of the two of them as well. Takina just started out as a good Lycoris who had bursts of heroic tendencies that led to her getting in trouble with her superiors. She even clashed quite a bit with Chisato when they first met. But Chisato’s bright personality and worldview allowed Takina to grow in a way that felt legitimately satisfying.

I think if the show only had one of these two in it that it wouldn’t have been nearly so good. Chisato was a visual spectacle with her bullet dodging and desire to avoid killing people. Although much like a few superheroes she couldn’t always save everyone. Majima wasn’t someone she could save at the end of the final episode and it’s just good fortune and durability that he survived at all. But I can appreciate that her life was changed early on and she wanted to give people the chance to change themselves and live on. That fact was all the truer, with that very real ticking clock on her life. I hope for more seasons just to see how Chisato can grow with a greater lease on life. 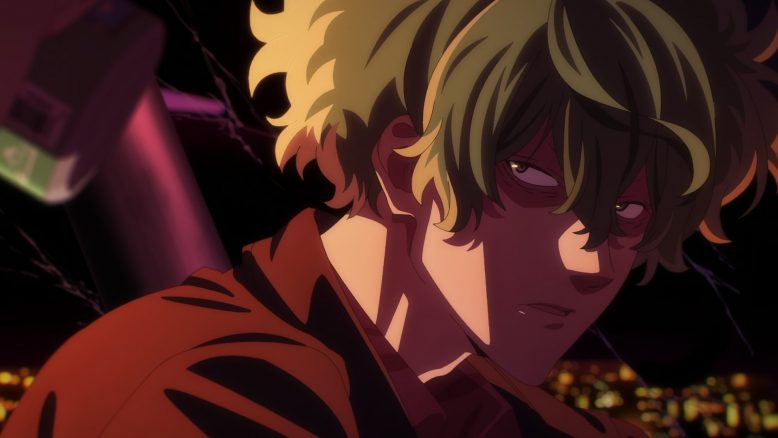 The whole cast was a lot of fun though. Kurumi was probably the best outside of the main pair with Majima shining as an antagonist. These two had their own ways of doing things, but they really moved the story forward when it needed them. Mika as well served a nice role as mentor and father to Chisato with the willingness to get his hands dirty when it came down to it. The supporting cast was both likable and fun. Everything worked out so well in this show because the main duo was supported so well. 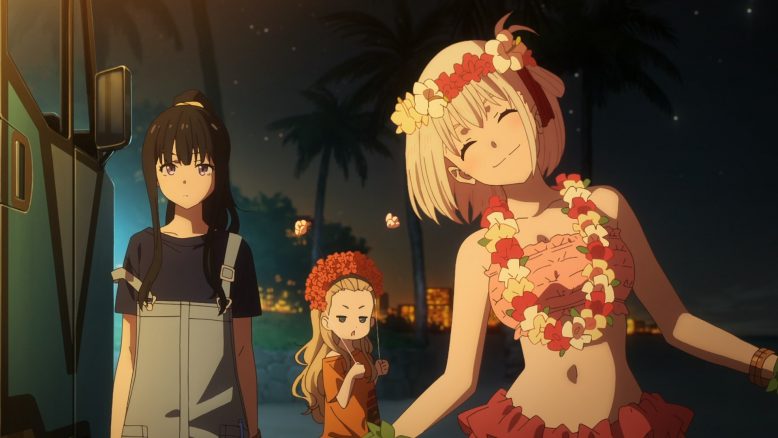 Thank goodness that I didn’t pass on this one

I’m going to miss this one. This show reflects why I love seasonal anime. You never know when shows will catch you off-guard and give you an experience to remember. Original anime especially have great power since no one can spoil anything if you are keeping up week to week. There was a lot of fun to be had in talking about the action or openly worrying about Chisato’s survival. Thanks again to everyone who took the time to read what I had to throw out there over this show. Let’s hope Fall delivers great experiences that keeps the fun rolling!