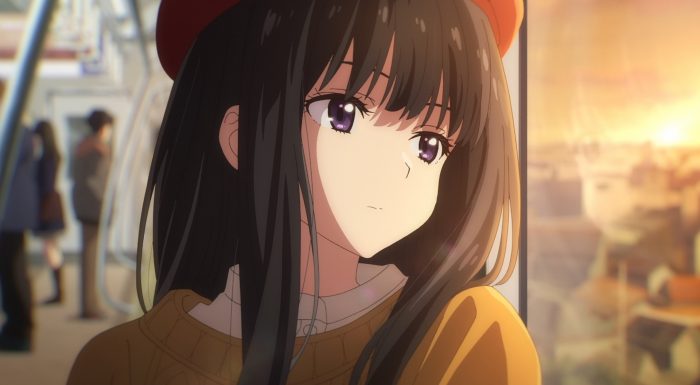 The tension is just building up now. We’re heading into the final stretch and I don’t know how this show is going to end. If nothing else it has done an excellent job taking the audience for a ride and setting up very different endings. This show could either end with all smiles or just more heartbreak. It will be interesting to see what direction they go with. This episode was a good mix of backstory, tension, and cute moments. It knows the value of maximizing the Chisato and Takina relationship no matter how things will actually play out for them in the end. 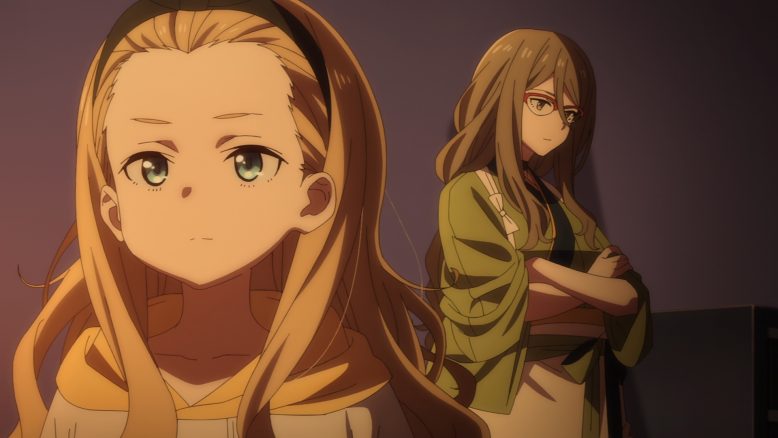 Do they really think this will shake Chisato’s resolve?

So at least this episode cleared up what happened to Chisato. Brainwashing seemed weird, but also seemed like the most likely way to get Chisato to do what they wanted. Instead, they basically short-out her heart and put a ticking clock on her survival. All we know for sure is what her current condition is. Chisato has about 2 months of survival left before that heart gives out and she’s done. And the main cast have no means of doing anything about that. She always had some kind of ticking clock since that heart in the best case would only take her to adulthood and no further.

The interesting thing is that the plan isn’t clear yet. Even Kurumi noticed that something is off with all this. If they wanted to kill Chisato to punish her for not fulfilling her mission then they could have just killed her. They would have to know that she had plenty of charge left on that heart. To kill her they could have just used drugs. Are they planning on holding her life hostage? Offer a replacement heart but only if she kills people as they desire? It doesn’t feel like that would like that would remotely work on Chisato. She’d gladly give up her life to let others keep living their lives. But maybe they think that those around her can pressure her into it. 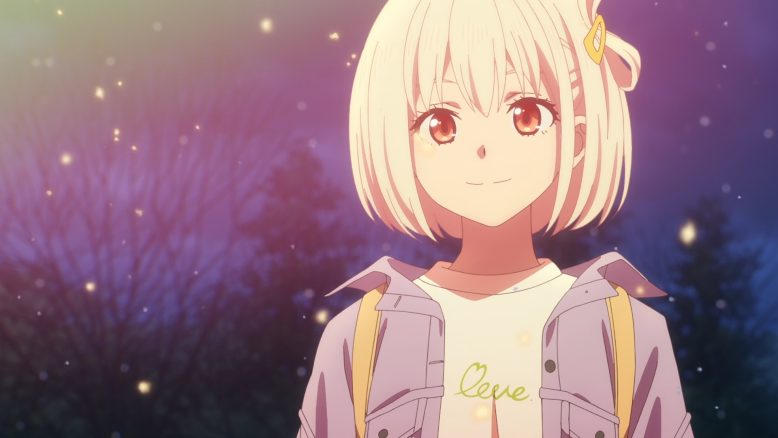 Will she live or will she die?

I really don’t know how this is going to play out. We’re basically on a road that can split in any direction at the very end. Chisato might honestly just die and that’s it. They can then set Takina up to leave DA again and basically live the life that Chisato wasn’t able to keep living. That’s absolutely been set up pretty well as things have played out. While Takina doesn’t have Chisato’s broken vision, she’s still plenty capable and able to handle things on her own. Maybe she can find someone similar to her that needs to get out the DA and mentor them. There hasn’t really been much setup there, but it could happen. At the very least I can’t see Takina staying in the DA if Chisato dies.

On the other hand, Chisato might just survive this. The model of heart she got is several years old at this stage. It was basically a prototype that had to be hurried into use because Chisato’s actual heart was going to fail. It’s completely possible if not likely that they have an upgraded heart ready to go. I don’t think they’d mess with Chisato’s heart without something to offer to try and get her to change her ways. If they can get Shinji to actually embrace being a savior then maybe Chisato can get that new heart before it is too late. It gives redemption for one character, gives Chisato another lease on life, and keeps Takina from having to grieve at her loss. I’m not sure how likely this result is, but at least it is possible. 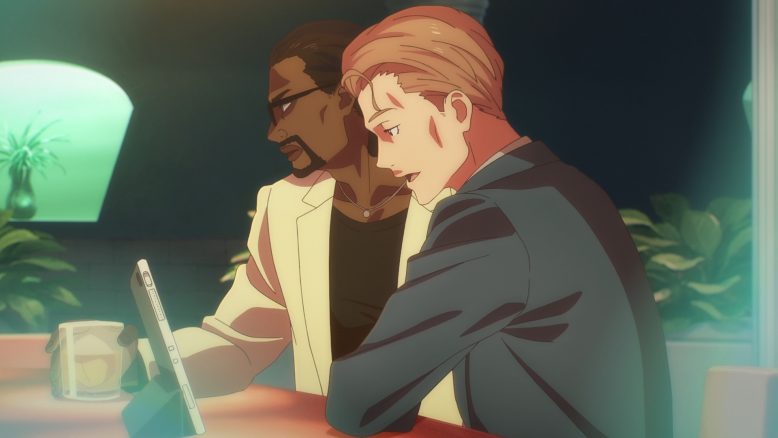 Could be life or death for these two also.

I do wonder about Mika and Shinji. How will things play out for these two. They set up pretty well that while Mika wasn’t into taking care of Chisato to start…. she is family to him at this point. It even established that Lycoris ‘graduate’ at 18 (which hopefully just means moving into general society or the upper ranks of that organization). So, if they can actually save Chisato’s life she could have a really bright future ahead of her without anyone expecting her to pick up a gun and start shooting. But she has to live that long. Will Shinji and Mika really be ok with letting “basically their daughter” be buried before the two of them because of some stupid belief that she has to fulfill her talent in the way the Alan institute wants?

The obvious question is there about what will happen between them. Will they actually find some way to work things out? I can’t imagine Shinji survives this since he was helping Majima and his actions contributed to the deaths of a lot of people. You never know though. It’d be nice for Mika to not have to either kill Shinji or deal with his death. But he may just have to do so when all is said and done. I do hope that Mika can find a solution here since Chisato dying might be more than he could honestly stand. 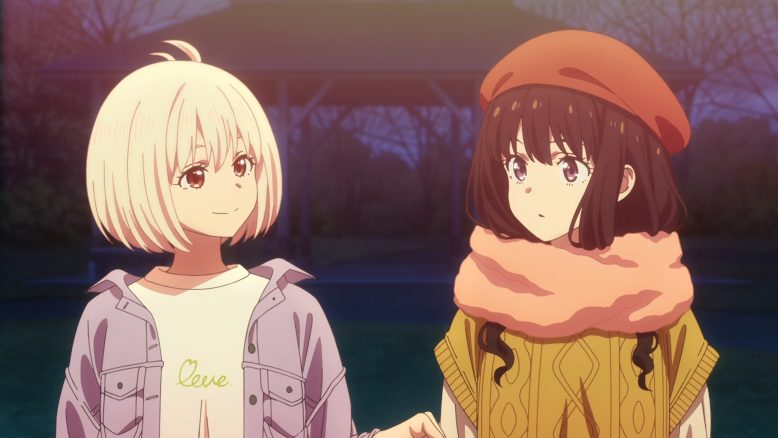 Hopefully this isn’t their last outing

Nothing but enjoyment when it comes to the date between Chisato and Takina. Of course, the girl invited Chisato on that date on what she believes is her last day with her. And it is definitely like Takina that she was going to turn down the offer to return in order to spend as much of the last 2 months with Chisato as she physically could. I appreciate that she is chasing hope instead of giving up. If she can track down Majima and track down Shinji then maybe she can grab some kind of hope to save Chisato’s life. She may regret things if they fail, but I don’t blame her for trying.

And it is very much like Takina to be super strict on the date in terms of fulfilling the schedule and moving on as soon as the allotted time was up. And since it might be the last time she sees her…she wanted to pack as much into that date as possible. Things didn’t quite pan out since they had to do some winter clothes shopping since Takina wouldn’t think of shopping for herself and just went on the date with the summer clothes that Chisato picked out for her. Even with the world not quite cooperating (no aquarium date version 2.0) she still got some great moments. Hopefully…they have a chance to do this again. 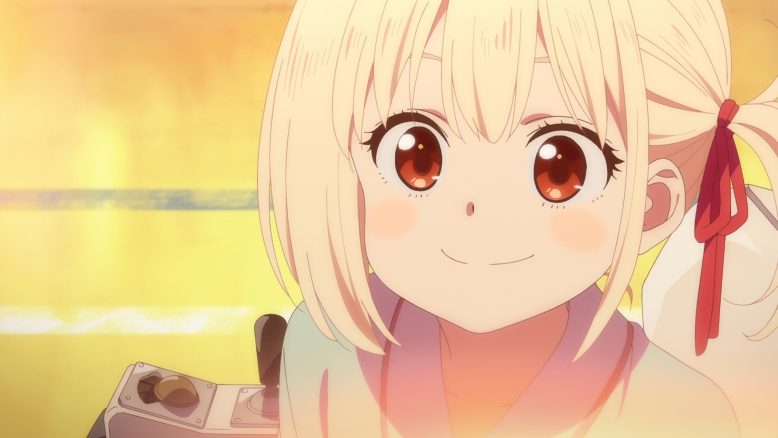 Kid Chisato is a treasure

I’m definitely on the edge of my seat when it comes to this show. What I want to see happen is obvious. Chisato surviving and continuing her partnership with Takina is my top hope for this finale. But I’m not naïve enough to ignore the possibility that they lean right into the tragic and bittersweet ending. It’s easily possible they deal with Majima, deal with Shinji, and mostly clear up a lot of the major issues while ending with Chisato’s death. But I want to think that things can work out happier than that. Even if it doesn’t happen, that will be my idealized hope. Let’s see what happens though.