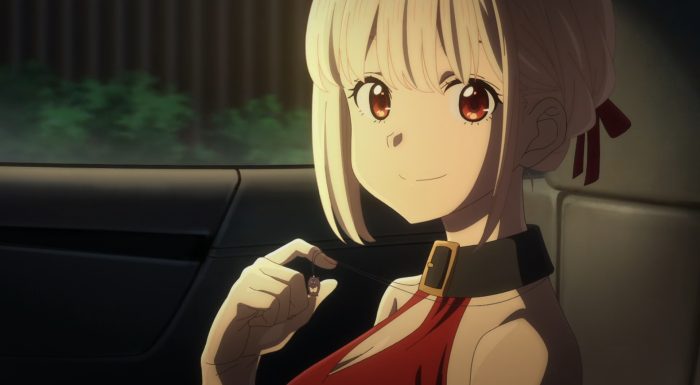 This show keeps getting me with connections I simply didn’t expect. It was obvious that Majima and Chisato were going to have future clashes with how he’d gotten obsessed over her. But I had no idea how many layers there was going to be in that respect. They went from making these two upcoming rivals to basically revealing that they always have been rivals. And that’s not even covering the fact that the Alan Institute is basically supporting both Chisato and Majima! This crazy organization has determined these two to be of such extreme talents that they’d support them. And presumably it is for similar reasons of them being very good at killing people. 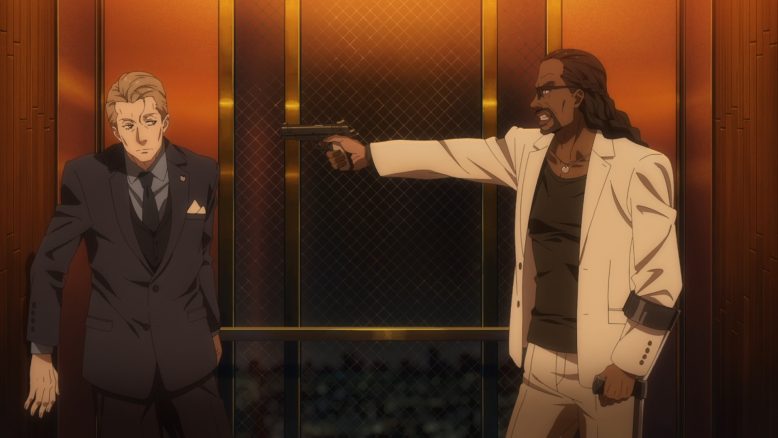 Mika will probably have a tough choice to make

I’ll give them full credit with Mika. Fiction in general could take a huge lesson from this episode. And yeah, that also goes to much of the live action movies we get these days. They just drop the reveal that he’s gay and move on with it. It’s given some attention since Takina (along with the audience) didn’t know. But the connection between Mika and Shinji after that reveal is given a good amount of focus. No wonder it is difficult for him to stand up to Shinji or really confront him. Mika cares a lot about Chisato and doesn’t want to force her into being a killing machine. The situation Mika is struggling with is a tough one. How far can he go in confronting someone he has/had feelings for? Right now, he can’t shoot him. Sadly, I’m getting the feeling that Mika will have to. 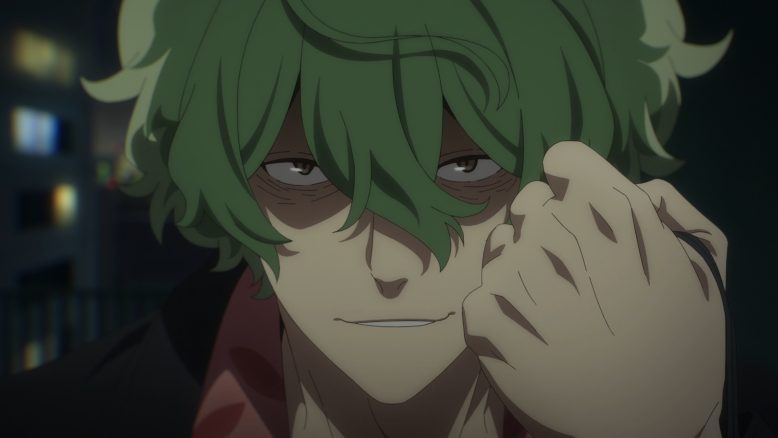 Of course this guy has a talent worth fostering!

The biggest thing for me is the crazy fact that Majima is also one of the “Alan Children.” It isn’t like that organization is purely evil either. They did note that one person connected to them won a gold medal. So it does appear that they completely believe in their policy of fostering talents to the fullest. The scary thing is that they don’t seem constrained by any kind of morality. The talent to win an Olympic medal is equal to them as the talent for murdering people. So long as a person is maximizing their talent it doesn’t matter what that talent happens to be. In that sense there may not be a main villainous plot here. All that organization cares about is whether a person is fulfilling their purpose in the world.

To me that seems like a stupid idea though. A person whose talent is committing genocide could easily kill a lot of people who had purposes beyond being dead! The issues are unavoidable too. They can’t tell someone like Majima to not kill people who have other purposes because that would be smothering his purpose to kill people. So, once they take that policy to the extreme the result is just anarchy. 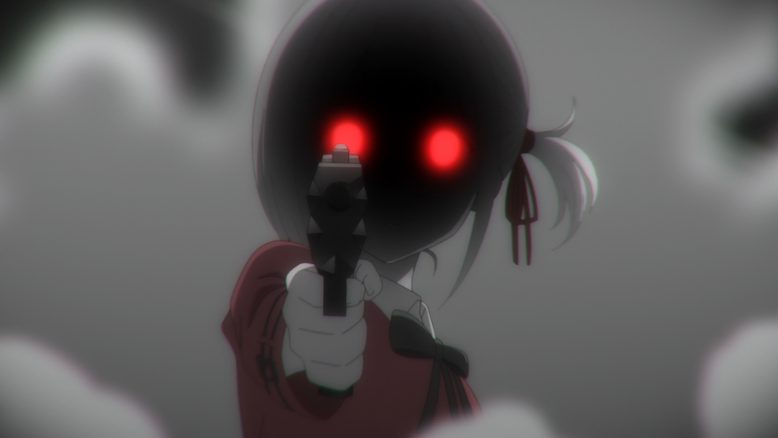 Even past Chisato was a monster!

And we’re likely set to see some anarchy in the future. There’s a lot of things I suspect could happen in this show. But unless I forgot something, I didn’t even think he was the guy behind the terrorist attack that Chisato stopped in the past. This has suddenly turned into a destined rivalry. Hilariously it would be Majima that the Alan Institute would consider the good guy here. He’s fulfilling his purpose in the world while Chisato is refusing the purpose forced onto her. Clearly, she was fine with killing people before and I’m somewhat surprised Majima survived her back then. But it’s funny how the act of saving Chisato clearly changed her whole view on life. She was what they wanted before she was about to die compared to who she is now. I can’t wait to see these two clash some more. 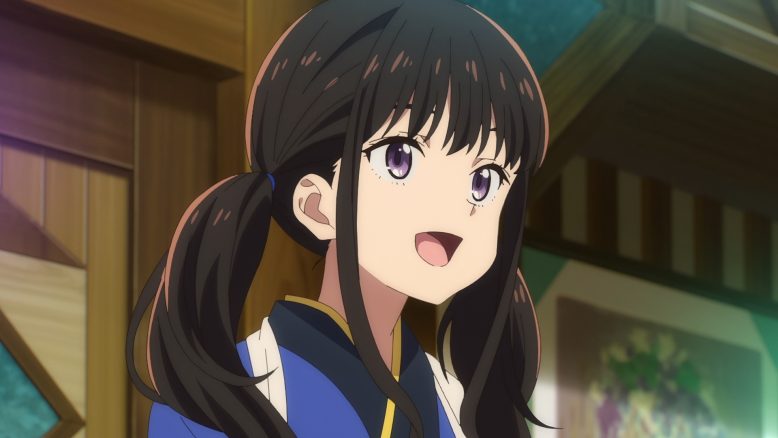 Shinji can just shut his mouth. Takina knows where Chisato belongs and that it isn’t with the DA main office or as an assassin. She knows that at her core and can see it at that café. It isn’t even just a thing that she’s observing. Even Takina was more relaxed and happier having Chisato join her there at the end of the episode. I’m sure there will be drama where Takina’s loyalty will be tested. There will be a time when she’s invited back to the DA and when she’ll be asked to help turn Chisato back into a killer. That’s just a given. But I do hope that she surprises us with how quickly she shuts both those things down. Takina isn’t stupid and she knows what Chisato wants. I like to think that even at this point she’s going to prioritize Chisato’s happiness over her ‘purpose’. 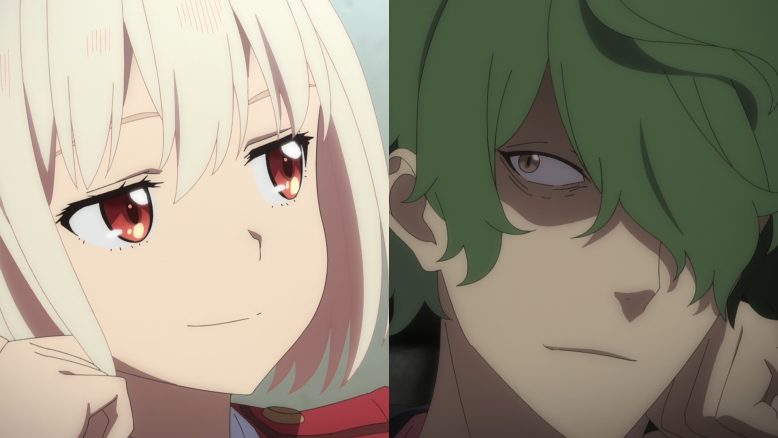 This was the episode with the least amount of action (even with a police station getting shot up). But the story was given even more of a push in this episode. I don’t know how many if any reveals are left at this stage. But I’ll be curious to see what else this show has up its sleeve. But I think the stakes are well established. Will Chisato live and get to be where she belongs? What will Takina decide to do with herself? And how dangerous will things get when Majima decides to get even flashier with his criminal activities? I’m sure that Takina will stay at that café no matter what. But I’m just not sure what else will happen as this show moves further into the second half. The danger level is there, but we’ll have to see how far the show is willing to go.