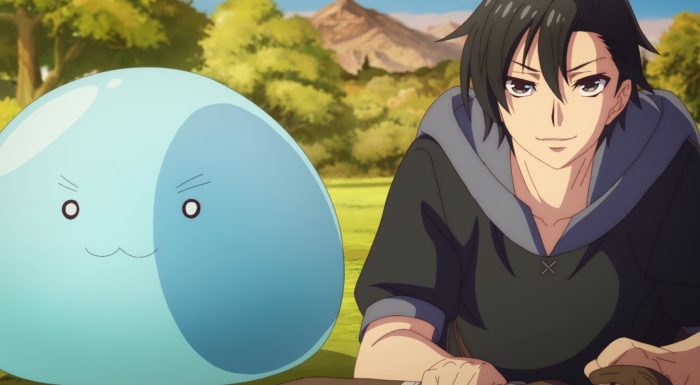 There is no escaping how prominent the isekai (going to another world) genre has been over the past few years. But if nothing else I appreciate when the genre tries to do something interesting with the concept and has a bit of fun with it. And Black Summoner so far has done a nice job setting itself up for success. The base of a character dying and reincarnating into another world is still there. But how this show handles itself allows it to have some potential to stand out in a good way. It will be up to the studio and source material to take it from there, but at least this more than lived up to what expectations I had going into it. 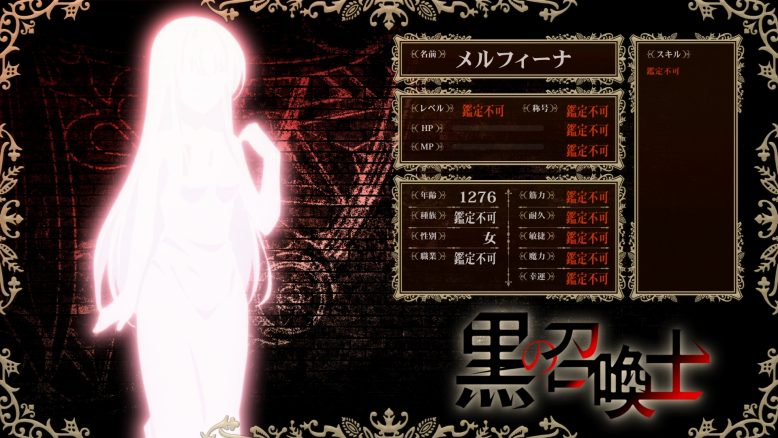 The girl he gave a lot up for

What worked for me the most is how everything builds up nicely to a complete picture. Nothing unusual about a guy dying and being reincarnated. But what makes it work is what happened from there. First, he apparently falls for this Goddess. So, the question of course is what does he do from there? He’s going to be reincarnated and not see her again after that. So, everything builds up from that point. Needs to make a contract with the Goddess and then choose the summoner class for his reincarnation. But that alone isn’t enough. He wouldn’t have enough potential or skill points. His solution to that problem wasn’t bad. Sacrificing his memories allowed him to put together a skillset that would let him summon the Goddess he fell for in the first place. Even throwing in exp and skill boosts to hurry it along.

Now a lot of this does rely on trusting Melfina. Since Kelvin doesn’t have his previous memories there’s no way he can verify things. Although his skills and the situation itself does seem to go along with what she had to say. It would be a hilarious twist if she was some evil force using him in order to summon herself back to the world to take it over. But I’m willing to presume that isn’t the case. Got to trust someone and the only one with memories left might as well be that person. Besides her personality is a lot of fun and she’s pretty sweet. If you are going to be stuck in another world with few memories to work from…that’s not a bad voice to be sticking it out with you. All the more so since she has a good grasp on how things work. 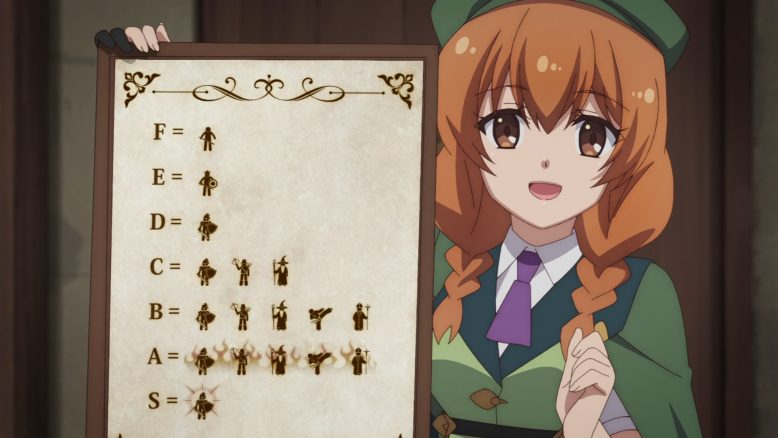 He’s starting at the bottom

Another thing I like is that Kelvin has set himself up to not quite be an inherent powerhouse. At the very least he had a really hard time with that slime. His individual stats aren’t anything special and it is all about the skills. Now obviously he will get stronger once he piles on the levels. But it made for a good first fight for him. Partly the goal here is to summon Melfina so he doesn’t need individual strength, but rather a massive MP pool. The more summons he has the more powerful he gets anyways. Already by clearing the difficult task of getting his first summon…he’s in a good spot. He’s got a slime more powerful than a lot of threats around him. In that sense he’s a summoner and monster tamer. 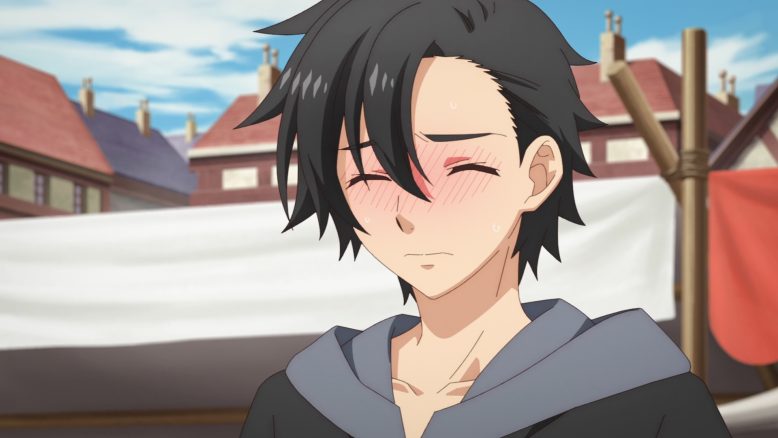 His own love story was a lot to handle

In some ways this makes me think of Konosuba if both Kazuma and Aqua were overall better people XD. This guy took advantage of his situation to spend an hour proclaiming his love for a Goddess. And in return he got a willing contract, a precise skillset, and a valuable companion. Obviously Konosuba is hilarious and I wouldn’t change how it was handled. But this is a fun view at a different outcome from a fairly similar situation. Just the dynamic between Kelvin and Melfina is really nice so far. Even without her showing up on screen you can just imagine the smile on her face recounting what happened with Kelvin’s previous self. That we are set to get additional party members over time just adds to the fun. 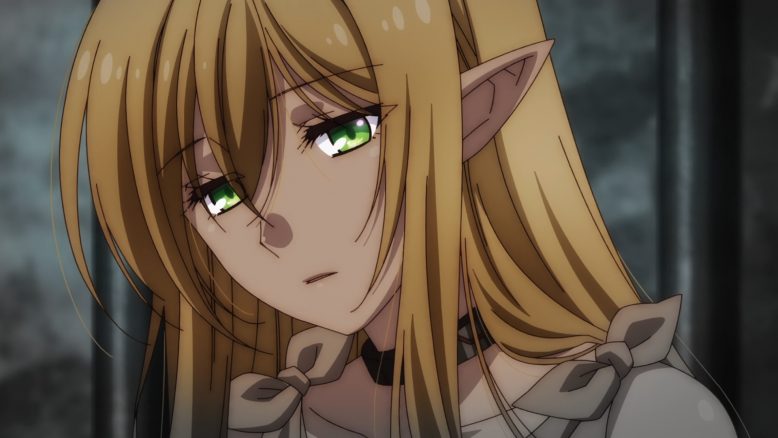 It seems a given that the half-elf we saw is going to join the party. Although it isn’t as if Kelvin was ready to jump into freeing slaves either. I was thrown off a bit with how quickly he was considering the value of slaves in his fighting force. Now he does lack a lot of memories, but he hasn’t lost all of them either. He still understands concepts like being from another world, games, and various other things. It seems like he has a great deal of memory when it comes to concepts and just is lacking personal life memories. Anyways, I guess we’ll get more insight on his views on the whole slave thing later on. At the very least he’s definitely going to meet that girl again. What he chooses to do can be evaluated then. 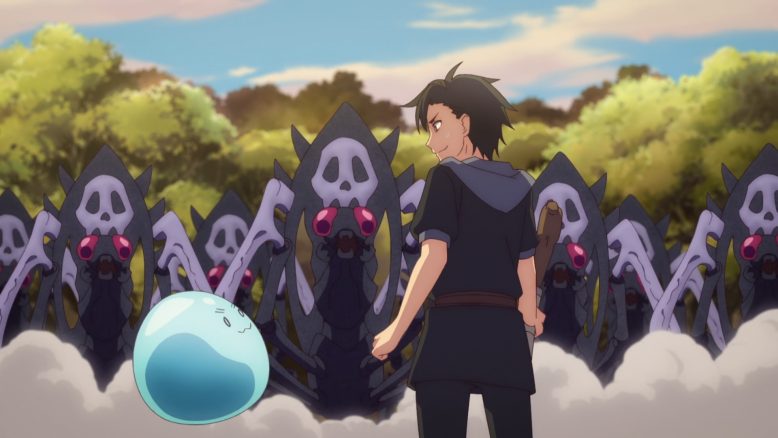 This could be pretty good

This was a pretty good start. I was uncertain if the whole “losing memories when being isekai’d” would even work. A lot of times isekai could just be a straight up fantasy series and be the same if not better. At least in this case there was reasoning for it and the isekai nature of this helps build things up. The main character meets a Goddess at all because he’s reincarnating. His powers are extremely strong because he did pay a price to get them. And there’s a reasoning and motive for why his powers are the way they are besides just saving the world. It might not be the best show of the season, but I think this could be a good show overall.